The end of the year means many things for the media industry. There are holiday parties, dark weeks and darker nights, best of lists, gift guides, layoffs and the ensuing sense of ennui, frantic calls to reach sources before offices empty out.

And for ideologically oriented non-profit publications, there are year-end pledge drives.

At the beginning of December, the libertarian magazine Reason announced a week-long fundraising campaign. Yesterday, 147 donors and $22,000 short of the campaign’s goal, the free market advocating outlet challenged its “free mind” fans to fork over more cash in a bid to out-fundraise the left-leaning Mother Jones, which began its December drive earlier this week.

The San Francisco-based Mother Jones launched a campaign to raise $200,000, because “there’s one piece of democracy that fat cats can’t buy.” In a lengthy post, MoJo appealed to its readership’s sensibilities by outlining the challenges faced by the media industry and explaining the benefits of the non-profit publication’s reliance on reader support rather than native advertising or a rich sugar daddy.

“December is a really critical fundraising month for nonprofits like us. But, like you, we are kind of tired of the usual gimmicks that get trotted out around this time—HELP! We’ll go dark if you don’t pitch in! It’s actually true (more on that later), but it doesn’t really appeal to your intelligence,” Mother Jones wrote. “So we had this idea: What if we tried something different? What if we actually showed you how the sausage is made: transparently explaining the challenges of paying for journalism in the digital age and going into detail about how reader support makes Mother Jones possible?”

“Donate to Reason in the Webathon’s Final Hours, Because You Want to Crush Mother Jones Like a Grape!” the headline of Reason post entreated.

“Last night I mentioned that our frenemies over at the left-bent investigative outlet are also running a December fundraiser (magazines of political opinion being, as they are, perpetual money-losers that depend either on sugar parents or the kind of diversified nonprofit structures us & MoJo prefer), in which they—of the significantly larger overall budget, mind you!—are asking for $200,000,” Reason editor in chief Matt Welch wrote. “We want our fundraiser to be bigger, and its percentage of our overall operating budget to be much bigger.”

As motivation towards that goal, Mr. Welch interspersed chunks of MoJo‘s appeal for donations with links to Reason stories and links its donation page.

Still, despite the aggressive tactic, Mr. Welch seemed somewhat good-natured towards his frenemies. “Obviously Mother Jones and Reason are cosmotarian, California-based drinking buddies (we let them borrow our monocles, they loan us their berets),” he wrote.

Besides, ideological differences notwithstanding, the publications do agree on some things, like the fact that media doesn’t really make money and the value of soliciting money from readers instead depending on the benevolence of a billionaire buyer.

As of Wednesday morning, Reason‘s “webathon” hit its target goal of $250,000. Mother Jones‘ December drive still has a few weeks to go. 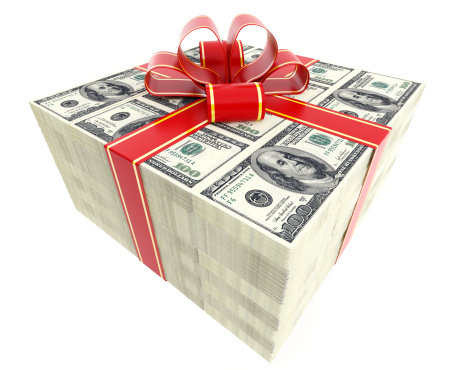