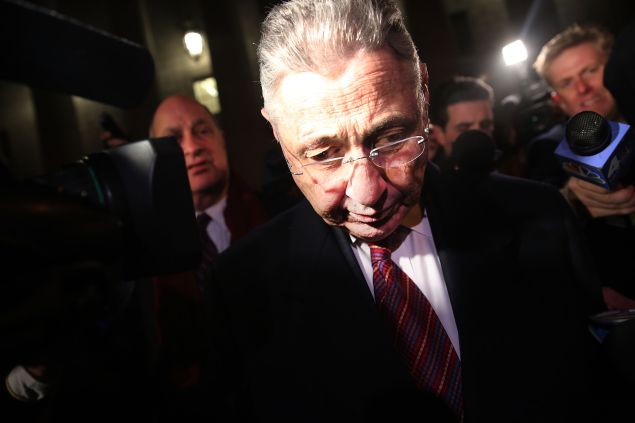 State Senate Minority Leader Andrea Stewart-Cousins lamented today the difficulties in passing ethics rules that do more than “tinker around the edges” of the state capital’s recurring corruption problem, of which Mr. Silver is just the latest example. Specifically, she cited the need for stricter rules to prevent politicians from using campaign money for personal purposes, impose limits on legislators’ outside income and close the “LLC loophole”—which allows companies to circumvent contribution limits by donating through smaller limited liability corporations they control.

Mr. Silver was convicted of pressuring interests with business before the state into hiring law firms that paid him legal fees. His one-time counterpart, former State Senate Majority Leader Dean Skelos, is currently on trial for having pressured some of the same interests into making payments to his son.

Ms. Stewart-Cousins accused the State Senate GOP majority of having “ignored” Democratic proposals for reform, and attacked new Majority Leader John Flanagan’s arguments that outside income allows legislators—who serve only half the year—to provide for their families

“We have been rolling this rock up this mountain, and the Senate Republicans have been really unwilling to do the kinds of reform that we continue to put forward,” she complained. “You can’t serve two masters, or three or four.”

But Ms. Stewart-Cousins seemed to still hold hopes that, like Mr. Murray’s character, state politicians could finally escape the endless loop through self-improvement. She admitted that she had not conferenced with other legislative leaders since Mr. Silver’s conviction on Monday.

“I’m hoping that before the end of the day, we can change some of these things so people can have confidence in the work that we do,” she said.

Mr. Flanagan’s office did not immediately respond to requests for comment.

Ms. Stewart-Cousins’ conference has not been without its ethical issues. The Yonkers Democrat became her party’s standard-bearer in the State Senate in 2012 because her predecessor, John Sampson, faced—and was ultimately convicted on—federal corruption charges.