As Assembly Speaker Vince Prieto (D-32) prepares to mount a second override vote against Governor Chris Christie during Thursday’s session, Democrats are calling the vote a chance for Republican delegates to vote in a fast-acting gun control bill instead of starting over with new Republican bills after Christie’s conditional veto. But Democratic strategist Mike Muller said that this second override is also an attempt to publicly force the Republicans’ hand on gun control as a matter of electoral strategy for 2017.

“They weren’t elected to become partisan rubber stamps in Trenton,” he said. “We just saw some Republicans lose their seats for voting that way over the last few years, and they could be next.

The Democratic and Republican bills only differ in that the latter would require police notification for all expungement requests, not just those submitted with the express intention of buying a gun. Though the expungement bill passed unanimously in the Assembly before going to the governor, only four Republicans voted for the override last time.

“Two years from now, they’ll be dealing with their record,” Muller added.

The bill would force gun buyers with state records of mental illness to notify law enforcement before having those records expunged. Democrats’ previous attempt left them three votes short of of the 54 they needed to override. Republicans’ refusal to contradict Christie and Assemblyman Whip Wilson’s (D-5) abrupt resignation the day before both scuttled the majority’s chances of bypassing the veto.

Saying that the coming override vote was more likely a chance for the Democrats to gain political leverage on gun control, Montclair State University political scientist Brigid Harrison said the strategy follows an overall trend in the legislature.

“They’re attempting to embarrass those Republicans and perhaps even use that against them when they’re up for reelection. We’ve come to the point now where very few things in Trenton are about really creating good public policy,” said Harrison.

Where they had hoped for a legislative victory against Christie’s unbroken veto record, Democrats are now looking at the longer game.

Christie’s veto was unusual in that it criticized the expungement bill for its place in a larger “patchwork approach” to gun violence and did not attack the bill’s merits.

Arguing that the bill allowed a loophole by which buyers could expunge their record and then purchase a firearm, Scott Rumana (R-40) spoke in favor of the wider-reaching Republican bill on the floor during the last override vote. Joseph Lagana, (D-38) who sponsored the Democratic bill, said the loophole did not exist.

Sources on both sides of the aisle said that Thursday’s vote is unlikely to see any change. Wilson’s seat will still be vacant barring a surprise special election of county committee members between now and Thursday, and Republicans’ loyalties are all but locked in.

With each side accusing the other of holding up life-saving reforms to score a political victory, expect to see Democrats attack Republicans’ scruples as their opponents walk a thin line of publicly praising the Democrats’ effort while staying visibly loyal to their caucus. 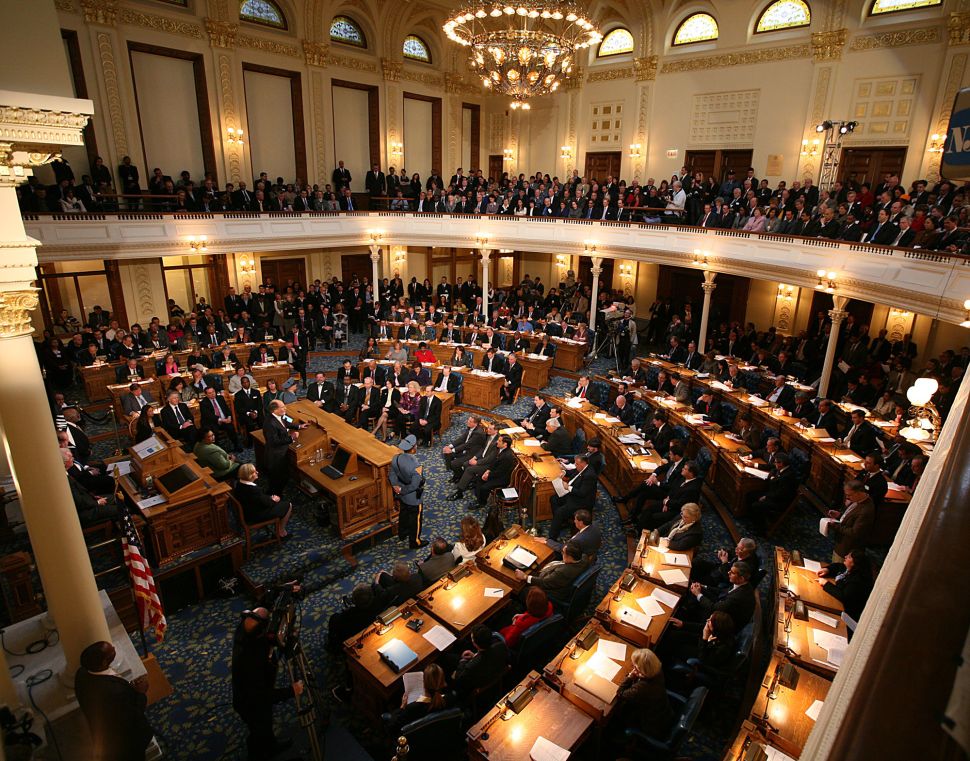