Ms. Wasserman Schultz is doing something no party chair should do, which is taking sides in a presidential campaign, and she is not doing what every party chair should do, which is building the party by registering voters and strengthening the Democratic grassroots organization in ways that help all candidates for president, Congress and governors.

Any high school student taking civics could figure out Ms. Wasserman Schultz and the DNC organized the presidential debates in ways that were deliberately designed to minimize the national audience and thereby help Ms. Clinton defeat any progressive insurgent candidate.

If Ms. Wasserman Schultz could have scheduled a debate at 2 a.m. on Christmas Eve she probably would have tried.

When Ms. Wasserman Schultz and other DNC spokespersons state that the times for the debates were decided long ago and therefore were not aimed to influence the Clinton-Sanders contest they are being disingenuous and dishonest. It was known that Ms. Clinton would be the frontrunner and favored candidate of the Democratic establishment, and that she would almost certainly be challenged by a more progressive populist candidate such as Mr. Sanders or Senator Elizabeth Warren.

The low rated Democratic debate last Saturday was only the latest example of a deliberate DNC strategy to prevent any progressive populist candidate from receiving the large national audience that a debate should bring. How many presidential primary debates have ever occurred on a Saturday night when television audiences are so low? How many national parties have ever gone to such great lengths to limit the total number of debates?

Note that the next Democratic debate, which will be the final debate before the Iowa caucus, will occur on January 17—Sunday night of the three day weekend of Martin Luther King’s birthday and also on day of a major AFC football playoff game. If Ms. Wasserman Schultz and the DNC could have gotten away with scheduling a debate at 2 a.m. on Christmas Eve they probably would have tried.

Any debate schedule that favors any candidate is harmful to the party as a whole.

The corruption of the Democratic debate process by the DNC hurts Democrats in three different ways.

First, Mr. Sanders and former Maryland governor Martin O’Malley deserve every chance to take their message to voters through debates that are designed to allow them to reach the largest national audience, not debates designed to stifle their message by deliberately minimizing the size of their audience.

Second, while Messrs. Sanders and O’Malley deserve every fair chance to be nominated, if Ms. Clinton is the eventual nominee she will need a party that is unified and Democratic voters who are motivated to vote for her on election day.

To the degree that any supporters of Mr. Sanders feel they were cheated by the party during the nominating process, some of them will be depressed or angered enough to stay home on election day, which only helps the Republicans. Every serious political analyst knows Ms. Clinton has trust ratings that are dangerously low, and runs the risk of an enthusiasm gap on election day.

Young voters and others whom have entered the political process for the first time deserve a fair chance and not a rigged process.

The worst possible development would be for Ms. Clinton to be nominated in a way that leaves a sizable number of Democrats and liberals feeling that they were cheated.

Mr. Sanders in particular should have every opportunity to win the nomination through a fair process that involves debates designed to reach the largest number of voters. His supporters—many of whom are younger voters or others whom have entered the political process for the first time—deserve a fair chance and not a rigged process.

The third way Ms. Wasserman Schultz and her attempts to use the DNC to fix the nomination by deliberately reducing the national audience for debates is that a presidential campaign is a battle of ideas. Presidential debates are an essential tool for any party to fine tune its message, carry that message to the largest number of voters, and win the battle of ideas which would help Democrats defeat Republicans in the general election.

Debbie Wasserman Shultz has abused her trust as chair of the Democratic National Committee.

Some “experts” suggest that debates involve “process” issues that are not important to voters. They could not be more wrong. Debates involve what a party stands for, how a party motivates and mobilizes its voters, and whether a party can inspire its voters to cast their votes on election day.

Debbie Wasserman Shultz has abused her trust as chair of the Democratic National Committee by taking sides in ways that no party chair should ever do during the nominating process. She has alienated, depressed or angered large numbers of Democrats in the party’s base and should be replaced by a new Democratic National Committee chair who views the job as helping all Democrats win in November and not helping one candidate win the party’s nomination for president. 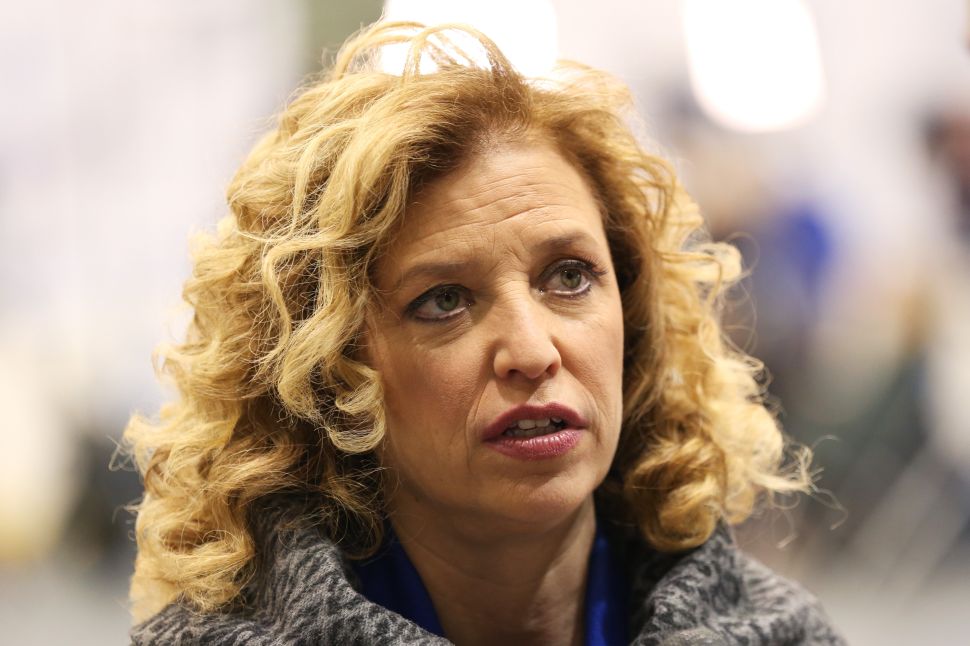