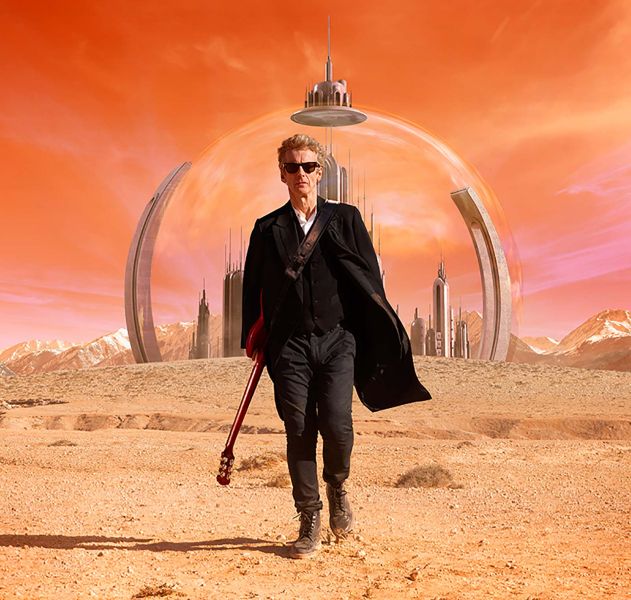 The Doctor lives by rules. We don’t usually know what they are, exactly. (Timey-wimey, and all that) But we know he has to follow them.

He may not follow the rules that others want him to—he’s a unique weirdo, and our hero, because he broke all the laws and strictures and traditions of the Time Lords in the first place—but he has rules. Rules that are important to preserve the stability of the universe, to make sure he doesn’t break all of time and space, unravel it just because he can. And rules that are important to make Doctor Who a show with real stakes, and a real plot, rather than just a romp through time and space.

Last night’s season 9 finale, “Hell Bent,” shows us what could happen if that wasn’t the case, if the Doctor decided he now had a justification for breaking every rule, for going as far as he can, for doing whatever he wants. It is a portrait of the Doctor driven beyond caring about rules, about the universe, and it is disturbing as hell. (It also feels like a bit of a cheat, but we’ll get to that.)

See, not only has he lost his best friend, the companion whom he was perhaps closest to of all. But he knows that her death was (inadvertently) caused by a plot on the part of the Time Lords’ High Council. And then, already brimming with pain and rage and vengeance, he was subjected to the upshot of the scheme: billions of years of torture meant to extract information from him.

It’s not hard to see how even the most moral of people could be driven to extreme lengths by such treatment. How at the end of all of that, the rules that he always held sacred could seem irrelevant. And so he proceeds to break them all, in order to get what he wants, the only thing that he thinks can heal his shattered heart: to bring Clara back.

There is so much detail in this episode, much of it staggeringly, depressingly evocative (and a bit of it near-nonsensical), that it is impossible to recount it all here. But the outlines of his crazy plan are clear. The Doctor confronts the High Council from his childhood home, banking on the fact that his reputation as the hero of the Time War will make it impossible for them to take action against him. (Note that he has already started breaking his own rules here—until now he has always disavowed the actions of his War Doctor incarnation, and here he tacitly relies on them.)

So after some tense standoffs—in a great callback to “Robots of Sherwood,” they ask him to put down his weapons, and so he puts down his spoon—the Council concedes. The Doctor banishes President Rassillon, and tells the Council he’ll help them find what they’re looking for.

See, the whole reason the Council was willing to go to such lengths to capture and interrogate the Doctor is that they are deathly afraid of a prophecy that has emerged from their Matrix supercomputer, which knows the entire future. The hybrid, a creature made up of two warrior races, “will one day stand in the ruins of Gallifrey; it will unravel the web of time and destroy a billion billion hearts to heal its own.”

Of course, in the style of all the best mythological prophecies, this one becomes self-fulfilling: The Time Lords are so desperate to find out about the hybrid that they create the conditions for its arrival. In their attempt to learn what the hybrid is, they break the Doctor’s heart and fill him with anger and vengefulness. And now they have produced someone willing to destroy Gallifrey, and unspool all of time, to heal his own pain.

The Doctor thus believes that he’s the hybrid. But he lies to the council, telling them he needs Clara to help him find the answer. So they extract her from the moment before her death, literally between her second-to-last and last heartbeats. It’s supposed to be a temporary arrangement, but the Doctor steals her away and goes on the run. Along the way breaking most of his own rules, both small (shooting a gun) and huge (contradicting a fixed point in time, thus shattering the entire space-time continuum).

At first Clara is hesitant—she had a good death, and she feels she’s being robbed of it. But then she discovers the enormity of what the Doctor has experienced at the hands of the Time Lords, that his torture lasted 4.5 billion years, and she seems to decide to go with him, at least for now, to go along with the happy ending he is trying to will into being.

Of course, it doesn’t actually work like that. Clara may be alive, but she’s not really living; she’s just looped into a moment of her own life, forever. The Doctor flies a newly stolen TARDIS to the very last moments of the universe, thinking that there at the end the rules won’t matter anymore. That her heart will restart and unraveling time will heal itself. But neither one happens.

There at the end of time, immortal Lady Me is waiting to tell the Doctor the final truth. He’s not the hybrid, not exactly. The hybrid is the Doctor and Clara together, their insanely intertwined, codependent relationship. Remember that Clara jumped into the Doctor’s life—she’s lived throughout his timeline. And she’s been impersonating him for years. Over time, they’ve grown into each other like two old tree trunks.

It’s this intense bond that is putting all of time at risk now. The Doctor is willing to break every rule, sacrifice everyone and everything, for her, in a way he never has for any companion before. And seeing this, he finally pulls back from the brink, realizing he’s gone too far—and knowing that he always will, as long as the two of them have this bond. To save the universe, they need to separate somehow.

He intended to use a “neural block” on Clara, to erase her memory of him, much as he did with Donna Noble years ago. But now it doesn’t matter, as long as one of them forgets. They roll the dice, and it’s the Doctor whose memory is erased, leaving a Clara-shaped hole, which he fills with the story he only sort of remembers.

Of course, he’s telling the story to Clara, disguised as a waitress in a Nevada diner. And that’s where this complex and dark and intense story ends: on an oddly cheapening note. Because in the end, the episode tries to have it both ways.

It constantly acknowledges the Doctor is going way too far, that we can’t cheat death this way, that it not only violates everything the Doctor stands for and every rule of this show, it violates the rules of good TV. Clara had a proper death, one that was clearly and utterly final. To bring her back devalues all of that.

“Hell Bent” knows that. Its central theme is that this is artificial and wrong, and that it needs to be set right somehow. And yet the show still wants, like the Doctor, to have more time with Clara, to keep her here. By all rights, this should never have happened. But once it has, the end of this episode should at least have been Clara going back to her rightful death. Fulfilling that promise, making that death count again. Instead, she only talks about going back, and then puts it off in favor of…more adventures, I guess? Flying off in a time-traveling Nevada diner?

Even if we never see her again, this was a much poorer final scene than the one she had two episodes ago.

The Doctor’s own final scene of the series shows him getting back into his TARDIS, putting on the velvet coat that Clara liked so much, and getting a new sonic screwdriver. Which I guess is supposed to signal a return to a more staid, less guitar-playing version of the Doctor? I’m sure gonna miss the sunglasses. 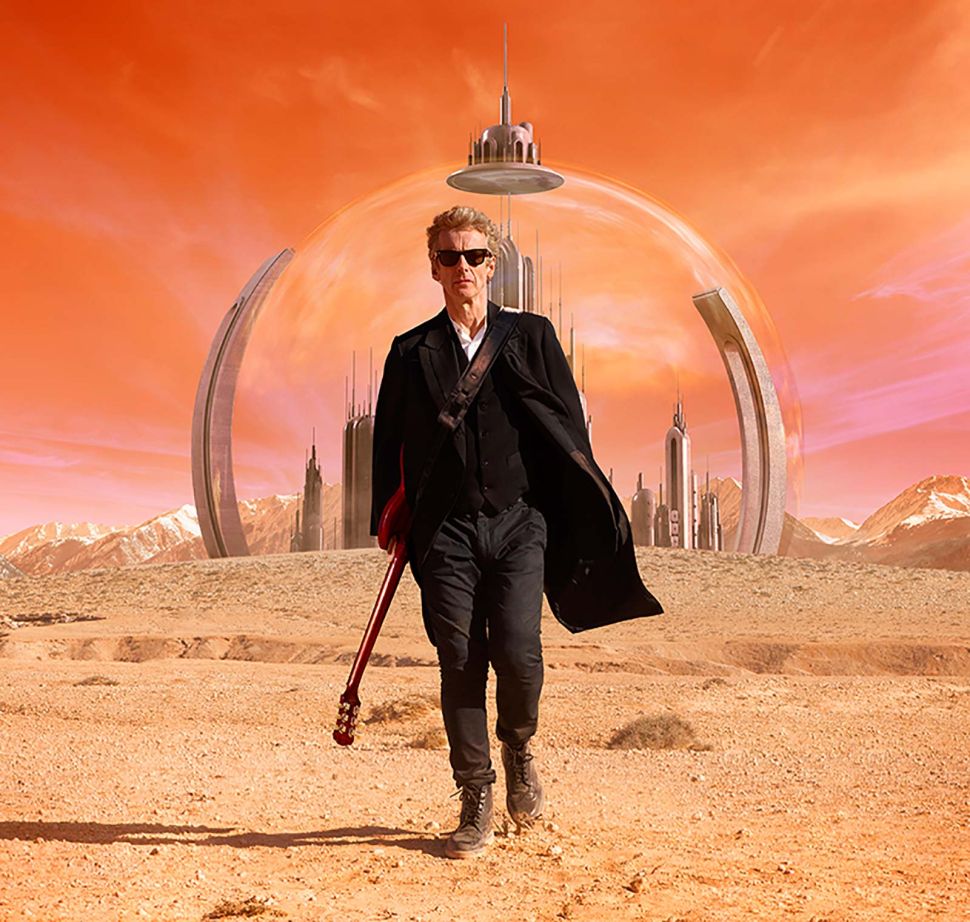