No, wait. First there was Andrew Jackson.

Andrew Jackson, the seventh President of the United States, might be among the most important of presidents. He gave expression to the common people, the people of the earth and the heartland, in direct opposition to the Colonial establishment from Richmond to Boston, and brought it to an end. Mr. Jackson changed everything.

Today we face a similar paradigm of a broad rural spirit vs. the Eastern Establishment as we did in the day of Mr. Jackson. Birth pains, perhaps, or growing pains, as this time America makes a permanent paradigm shift from an essentially Eastern-based economic culture to a heartland and Western economic culture; the East receding, the heartland ascending.

“After the Paris attacks, conventional wisdom held that Republican voters would finally turn away from political outsiders and reward candidates representing sobriety and experience. No one stopped to consider that, actually, voters might be drawn to the guy who memorably said of ISIS that he would “bomb the [expletive] out of them,” Mr. Lowry writes.

“In large part, Donald Trump is a Jacksonian, the tradition originally associated with the Scotch-Irish heritage in America and best represented historically by the tough old bird himself, Andrew Jackson. Old Hickory might be mystified that a celebrity New York billionaire is holding up his banner (but, then again, Jackson himself was a rich planter). Trump is nonetheless a powerful voice for Jacksonian attitudes.”

‘He could never speak on account of the rashness of his feelings. I have seen him attempt it repeatedly, and as often choke with rage. He is a dangerous man.’

I made the case about five years ago that the Tea Party at its best was a Jacksonian movement, quite reminiscent of the rural uprising Mr. Jackson brought to Washington in the 1830s. Others suggested at the time that this would be the rising political temperament of the rising American century.

“Since New Hampshire state Rep. Dan Itse brought his challenge to ObamaCare, citing Thomas Jefferson’s Kentucky Resolutions, in February 2009, we have been seeing a new age of Jefferson. Judge Andrew Napolitano now plays primetime “fighting for freedom” five nights a week… a 26-state challenge to the federal government moves to the Supreme Court. But the turning ahead might best belong to Andrew Jackson. It was the rustic warrior from Tennessee who first fired up the common folk west of the New River and laid their claim to governance. He is much misunderstood and occasionally maligned, but Jackson might well be considered the spirit father of the current red-state uprising.”

Two years into the Obama administration America entered a turning. Governors of 26 states followed New Hampshire’s lead and collectively challenged the federal government. They did so again a few years later, against Mr. Obama’s executive order on immigration—and in these past weeks, 25 governors joined to refuse the distribution of Syrian refugees. Following New Hampshire’s initiative, states have begun to think for themselves.

“The most important thing that has happened in the last two years is that the states have learned that they don’t have to do what the federal government tells them to do,” I wrote back then.

Mr. Jackson put a fire in the belly of the heartland; a fire felt in the red states today and a fire that potentially will not go out. He brought a full shift of generational attitudes. When that happens, the generations which are being passed over appear to experience the end of the world. And what they say about the new people rising will be appalling.

“I feel much alarmed at the prospect of seeing General Jackson President,” Thomas Jefferson said in an interview with Daniel Webster in 1824. “He is one of the most unfit men I know of for such a place. He has had very little respect for laws and constitutions, and is, in fact, an able military chief. His passions are terrible. When I was President of the Senate, he was Senator; and he could never speak on account of the rashness of his feelings. I have seen him attempt it repeatedly, and as often choke with rage. He is a dangerous man.”

This is not far in tone from what was said about Sarah Palin when she first appeared and sent the Establishment press to the fainting couch. And the adolescent ridicule about Mr. Perry’s eye glasses. And despicably, everything about Texan about him. Google Donald Trump today.

Mr. Trump in my opinion is a harbinger of a vast transition occurring in America, which started more than a decade ago and will one day—perhaps soon—hatch. He is the Trickster, like John Brown, like Bob Dylan, who signals a rising of new archetypes ahead and promises “a hard rain gonna fall” on those left behind; like the rise of Abraham Lincoln and the warrior spirit of the North which would follow Mr. Brown, or the rise of the Civil Rights Movement and the Sixties which would follow Mr. Dylan.

And as it was in those periods, from whatever rises here today, there will be no turning back. 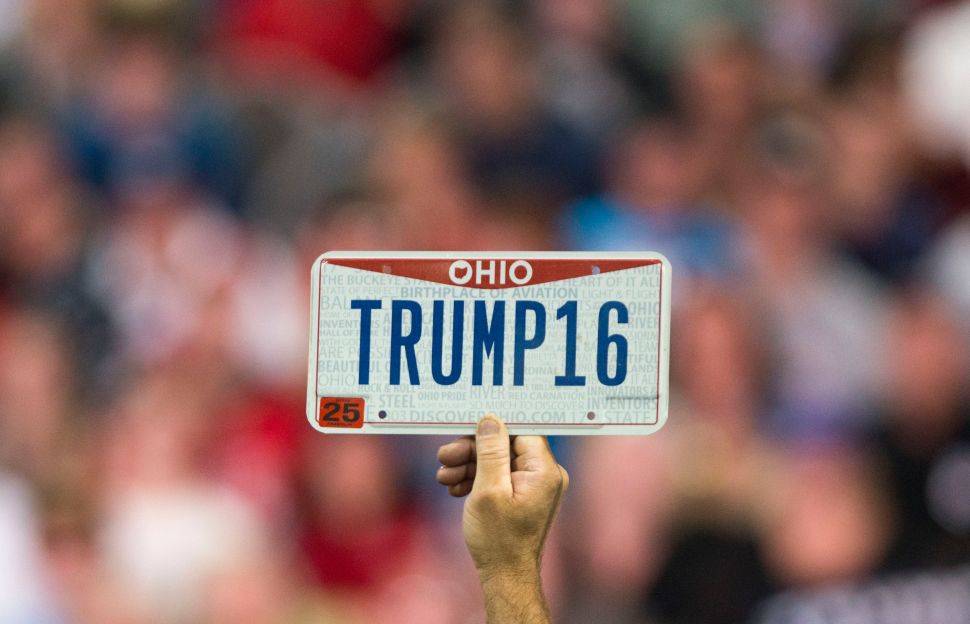