Add underwater tourism to your itinerary if you plan to visit Egypt. The city of Alexandria has revived plans to build a museum for visitors to see antiquities that just happen to be underwater.

Mamdouh al-Damaty, Egypt’s minister of antiquities, recently announced that plans shelved since the Arab Spring are back on, reported Smithsonian magazine.

“This area was one of the most important areas in the world for around 1,000 years,” says Mohamed Abd El-Maguid, the head of the department of underwater activities at the Ministry of Antiquities. “In five meters of , we have these remains of palaces and temples, but nothing people can see with their own eyes. Having a museum like this will attract more tourists that will help the economy move again.”

Antiquities buried a mere 20 feet under the surface in Abukir Bay include the Lighthouse of Pharos and “statues with the faces of Ptolemy and Cleopatra [and] falcon-headed crocodile sphinxes,” per a recent dive.

The museum was first proposed 19 years ago and while the government of Egypt is in no shape to finance the ambitious project, Chinese corporations are showing interest, the magazine said.

French architect Jacques Rougerie, whose work is inspired by science fiction novelist Jules Verne, has submitted designs for the project, which won’t select an architect until feasibility studies are completed. 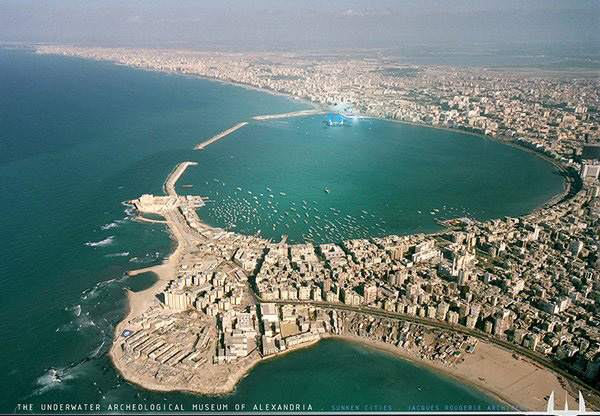