Sometimes an artist is so successful—and so linked to listeners not usually thought of as hip or tasteful—that you miss out on how truly extraordinary that artist is. Think of the Carpenters, or Roth-era Van Halen.

If only Enya wasn’t so successful, she would be as loved as she is famous.

If Enya was on Rough Trade or Matador, and if she hadn’t sold so many goddamn records, we would be anticipating, then parsing, then celebrating each new release. We really would. We would whisper her name with elated shivers, the way some intone the names Stephen Merritt, R Stevie Moore, Sufian Stevens or Andy Partridge. If only she wasn’t so successful, she would be as loved as she is famous.

Maybe you think of Enya as someone who puts out that wispy crap you hear when you pick up your girlfriend at the Day Spa, and man, you’re too hard for that; you listen to Black Rebel Motorcycle Club and Impaled Nazarene; or you’re too cool for that, you listen to the Vaccines or Car Seat Headrest or Billion Oyster Project.

If that’s the case, you’re uninformed. Maybe you’re an asshole.

I do not listen to Enya to freaking chill out. I listen to lose myself in the ecstatic depth, intensity, originality and genius of these tracks. I listen to Enya’s recordings the same goddamn way I listen to Floyd’s “Astronomy Domine,” the Velvets “Sister Ray,” Neu’s “Hallogallo,” Wire’s Pink Flag, and the Beach Boys’ Pet Sounds; and these are all artists Enya’s work can and should be sensibly compared to. Uh-huh.

(Oh, a few words about nomenclature: Although I will refer to Enya as a single artist, Enya is, for all intents and purposes, a group, comprised of vocalist/instrumentalist Enya Brennan, lyricist Roma Ryan, and producer Nicky Ryan. I am guessing that the person most responsible for the planetarium of frosty-breath magic that is Enya is Nicky Ryan, but I can’t swear that; however, two dozen years ago when I asked Enya if her music was influenced by Brian Wilson, she did say, “You’d have to ask Nicky about that, he’s in charge of those sorts of things.”)

I don’t know if you’ve ever listened to Pet Sounds while on LSD, but, uh, I know a guy who did once, a long time ago. It was in a walk-up apartment deep on East 14th Street, a perfect and perfectly shabby old-school rust-brick building full of slanting floors and parchment-colored hallways smelling of cabbage (or so I am told). My friend sat on a sagging couch that had seen a score of record-collecting lovers and losers and the soon famous, and he stared at thrift-store pictures of geese and saints. Psycho-intoxicants dispensed, two wise and kind guides instructed this fellow to sit back deep in the cushions, and they slipped Pet Sounds onto the stereo.

If this was the first and only Enya album you ever heard, you would fall in love, deeply and dramatically, again and again.

Under the influence of the drug (I am told), the endless layers of Wilson’s masterpiece opened up like the uncounted petals of a night-blooming flower, like row upon row of shark’s teeth turned soft, like the unfolding multi-dimensions of a theoretical multiverse, revealed.

“Here Today,” with its tumbling carousel of a bridge and plunging, seismic pizzicatos was especially astonishing (my friend has told me). In the breathless gasp of tension after the dramatic, punching stop/starts in the song’s instrumental bridge, he felt like a hole had opened up in the sky and in the Earth, and my friend was able to fall into both at the same time; the fraction of a second of quiet after the tunes’ orchestral punches opened up into a cavernous, echoing, seemingly endless space that could contain not only my friend’s body, but every one of his thoughts, hopes, and dreams about the power of sound.

At her best, Enya lives in that same space, the enchanted mile-wide psycho-acoustic cave so large that it has created its own atmosphere, where snow falls that is the color of the Northern Lights, and where the music wraps around you endlessly.

Enya’s new album, Dark Sky Island, is fantastic. It’s her first album is seven years. It blends production of extraordinary originality, vision and complexity with songs of devastating simplicity—compositionally, little here is more complex than the work of the Sonics or Herman’s Hermits. Like the Ramones and Motorhead, there aren’t a lot of surprises here; yet like the Ramones (and especially) Motorhead, the quality and consistency is extraordinary; if this was the first and only Enya album you ever heard, you would fall in love, deeply and dramatically, again and again (I would say the same thing for Motorhead’s most recent album, Bad Magic, too).

Even if you’ve never bothered to love Enya, you pretty much know what she sounds like: castles of sugar glass radiating with seismic pulses made by a Vulcan tamed by Benadryl and/or Vini Reilly; archangels playing “Bittersweet Symphony” over and over; a garage band in heaven shifting gently in its sleep while dreaming heavenly dreams, overdubbing itself again and again and again. Creating a religious experience for the religion of the mind, Enya wraps utter simplicity in vastly familiar exotica, which is to say she has found a way to take something very, very simple and do it very, very differently (just like the Ramones).

At her best, Enya lives in an enchanted mile-wide psycho-acoustic cave so large that it has created its own atmosphere.

This blend of the simple and the novel creates a somewhat pure experience for the listener. Everything reduces itself to the point where it falls through the floor of the Earth and finds itself in another world’s sky, and these snow-bound, elvish lullabies and songs of thanksgiving, made out of deep blue arctic light, transport the listener into another dimension which belongs only to Enya.

Dark Sky Island is a notable improvement on 2008’s And Winter Came, a Christmas-y album that seemed a little forced and childish, and lacked the deeply artistic oomph of this one. On her new record, Enya seems more confident, more valedictory than in the past; there’s a great Last Night at the Proms feel to some of this stuff, though these hymns seem to belong to no particular faith other than Our Lady of Vibrant Reassurance. More than ever Enya seems to be detached from any musical or stylistic reference points other than her own; in other words, the music of Dark Sky Island exists in a genre unto itself, referring only to itself, the artists’ past catalog, and a Celtic-accented mushroom-laden fairy-scape that only she inhabits.

It sounds like so much thought has gone into this creation: the dozens of layers of vocals creating that immediately identifiable Nation of Ultraplush Down, the harps and keys piled high in sanctified automation but never, ever sounding either cluttered or synthetic, the unified sound, where individual instruments never announce themselves. Yet you never hear it sweat; it sounds like a gift to the listener, not an appeal for the listener to be impressed by the incredible production. Usually, when a great musical artisan creates—there’s Wilson, of course, and I am also thinking of Tom Scholz, the Fabs, and Elliot Smith—you still sense the effort; but with Enya, you hear nothing but the result, clear, perfect, everything in place, nothing extraneous, nothing pointing to itself and going, “Hey, look at me.” The Carpenters achieved this sometimes, too, as did Abba, but Enya is at the top of this game.

I mean, it’s almost sacred, it’s the sound of the Earth humming as it always has in the imagination of anyone who has looked at a sky scarred by an opal pink sunset, it’s the stars and the very soil itself om-mane-pading in harmony. And it’s all made in the studio—Enya virtually does not exist as a live artist, nor was she meant to—and Enya/Ryan/Ryan need to be recognized for this incredible singular magic they create (I mean, after all, think of all the attention Jeff Lynne gets, and he’s made an entire career playing Gollum to the Beatles’ Frodo, chasing after their sound while mewling “My precious! My precious!”).

In a sense, Enya is closest in spirit to Brian Wilson. It’s very difficult to listen to “Surf’s Up” and not hear a blueprint for what Enya was reaching for, from the cathedral of vocals to the deep bass keys moving across the sky-lit melody; only she tries to attain it without the ache showing, without the nails showing, she wants to achieve Brian’s halo but not his crown of thorns. I have zero hesitation comparing Enya to Brian Wilson, or Brian Eno, or Phil Spector, any other producer who has stopped time to move time ahead.

So give Enya a chance, and listen to Dark Sky Island. 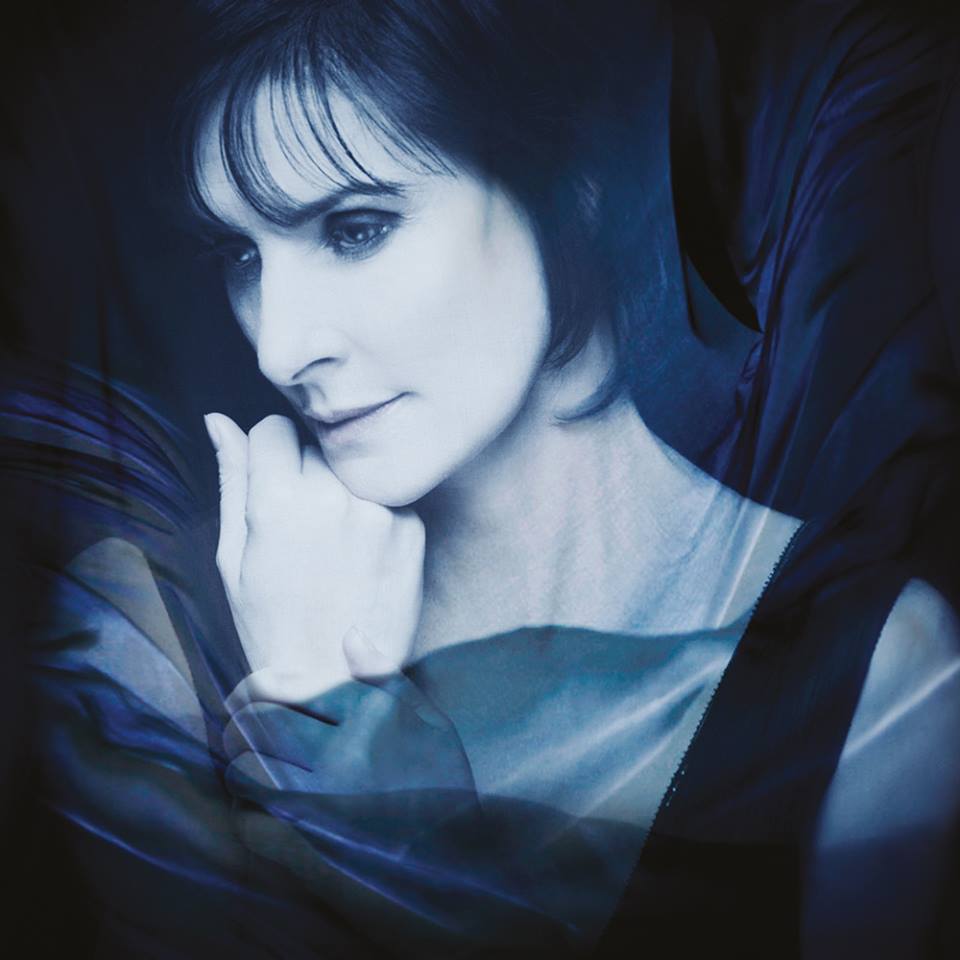