Record-breaking rain caused flooding havoc in Miami last night, flooding streets through the morning and making it nearly impossible to travel through the city. By 8:30 a.m. the Miami International Airport reported over 3.5 inches of rain, breaking the previous record for rain in a single day by three-tenths of an inch. And be warned, the rain won’t stop for another day.

The kids at Snarkitecture, a Brooklyn-based design duo known for ambitious large-scale installations and collaborations with other artists, have covered a private jet from NetJets in a fading light blue fading color scheme from nose to tail based on a “gradient shaded sky.” The jets are for hire, just FYI.

But don’t let the rain get you down. We’re heading into the weekend and The Miami New Times has got your Friday covered. Recover from this week’s extravaganza with YogArt at Wynwood Walls (sounds restorative) and then party a little more with Jamie xx and Four Tet tonight.

Overheard at Art Basel Miami Beach by artnet News’ Eileen Kinsella: “I wouldn’t buy it but it would be a bargain for $15,000.”

Some superlatives for the booths at ABMB, such as “Most Unfriendly-to-Short-People Art” (Adrian Villar Rojas at Ruth Benzacar Gallery) and “Art Most Likely to Be Swept Away by the Cleaning Crew” (Michael St. John at Andrea Rosen).

The man, the myth, the legend…here are some pictures of my husband Leonardo DiCaprio scoping out art in his golf hat ABMB. Oh, and a few other celebrities were there too, such as Sylvester Stallone and Lenny Kravtiz. 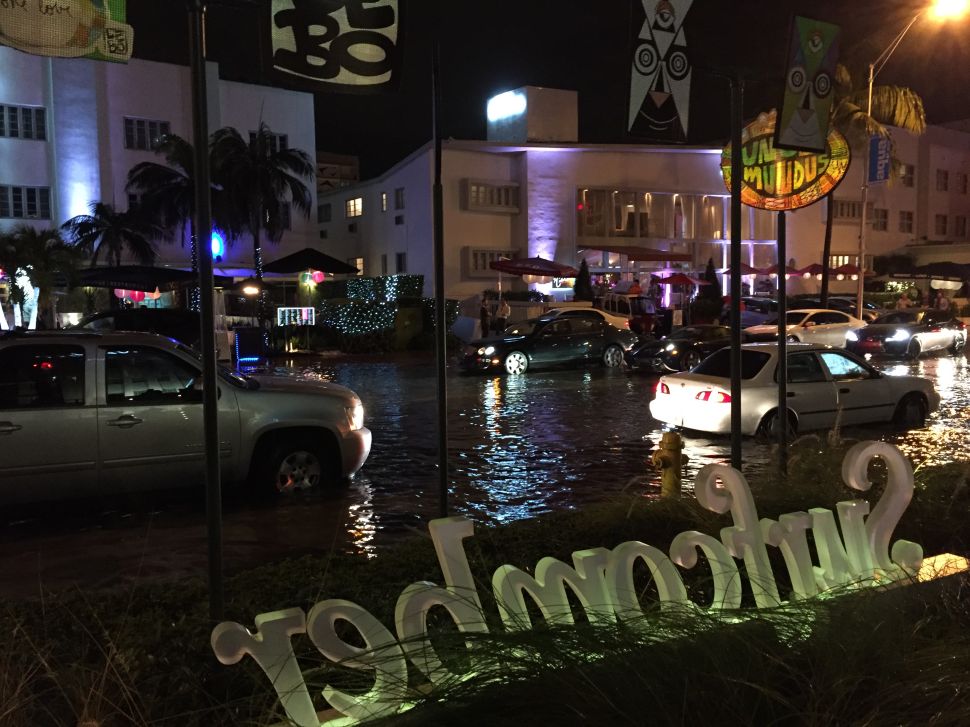