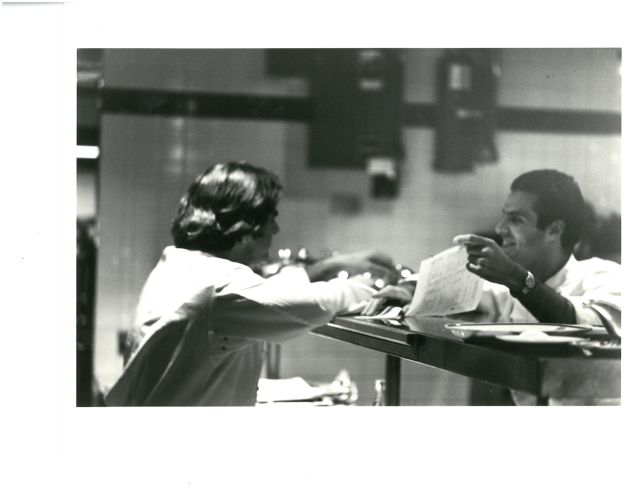 I started at Le Bernardin on June 11, 1991, as chef de cuisine. With the blessings and supervision of owner Gilbert Le Coze, who was already a celebrated four-star chef, I was given the freedom to be creative with new dishes and also with how I would manage the kitchen. Looking back now, I am very impressed with how Gilbert chose me and gave me support.

After we agreed that I would work at Le Bernardin, Gilbert decided to join me on my personal vacation in Spain. In a very subtle way, Gilbert explained to me what Le Bernardin was and what he and his sister Maguy had accomplished. During those ten days, he observed me, and I him, and we started bonding. When I began at the restaurant I had a tremendous amount of energy, however, I was not diplomatic. I had a short temper and could be unreasonably impatient. Gilbert let me make many mistakes and always backed me up, all the while mentoring me to become a leader. He shared with me not only his philosophy of creating new dishes and how to manage a team, but he also taught me the financial aspect of the business. His patience, belief and acceptance will stay with me forever.

Red Snapper and Cepes in a Port Reduction

This is the first dish I put on the menu, which excited Gilbert. I thought it was a winner, however, Maguy didn’t like it. I couldn’t believe it! I persevered and made her try it again and again until she loved it!

1 pound fresh or frozen cepes, stems cut lengthwise into ¼-inch-thick slices, caps halved if small or cut into 3 or 4 slices if large

Bring the port to a boil in a medium-size heavy saucepan over medium-high heat. Lower the heat slightly and simmer until reduced to 1 cup (if using a gas stove, never let the flames extend above the bottom edge of the pan). Add vinegar and simmer until reduced almost to a syrup consistency, lowering the heat as necessary to keep the sauce from burning around the edges—you should have about 7 tablespoons.

Divide one tablespoon of corn oil between the two skillets and place over high heat until the oil is just smoking. Divide the cepes, thyme and garlic between the skillets and lower the heat to medium. Sauté until browned, about four minutes. Turn the heat to low and divide the shallot and 2 tablespoons of butter between the skillets. Season both with salt and pepper. Cook until the shallot is softened and the cepes are tender, about six minutes more. Discard the garlic and thyme and combine the mixtures.

Season both sides of the snapper with salt and pepper. Sprinkle the five-spice powder over the skin and rub it into the fish. Clean the skillets and divide the remaining 2 tablespoons of corn oil between them. Place both over high heat until the oil is just smoking. Add the snapper to the skillets, skin side down, and briefly hold the fillets down with a spatula to prevent the skin from shrinking. Sauté until the bottom of the fillets are dark and crusted, about five minutes. Turn and cook for about five minutes longer, until a metal skewer inserted into the fish for five seconds is met with medium resistance and feels warm when touched to your lip. Keep the fillets warm.

Meanwhile, reheat the mushrooms. Bring the sauce to a boil over high heat. Cut the remaining 3 tablespoons of butter into 1/2-inch pieces. Lift the saucepan a few inches above the heat and add the butter. Shake the pan back and forth until the butter is melted and incorporated into the sauce; this will take about three minutes. Do not stir or whisk the butter into the sauce. The sauce will be very shiny and clear.

Eric Ripert, chef and co-owner of Le Bernardin, is the host of Avec Eric on the Cooking Channel. 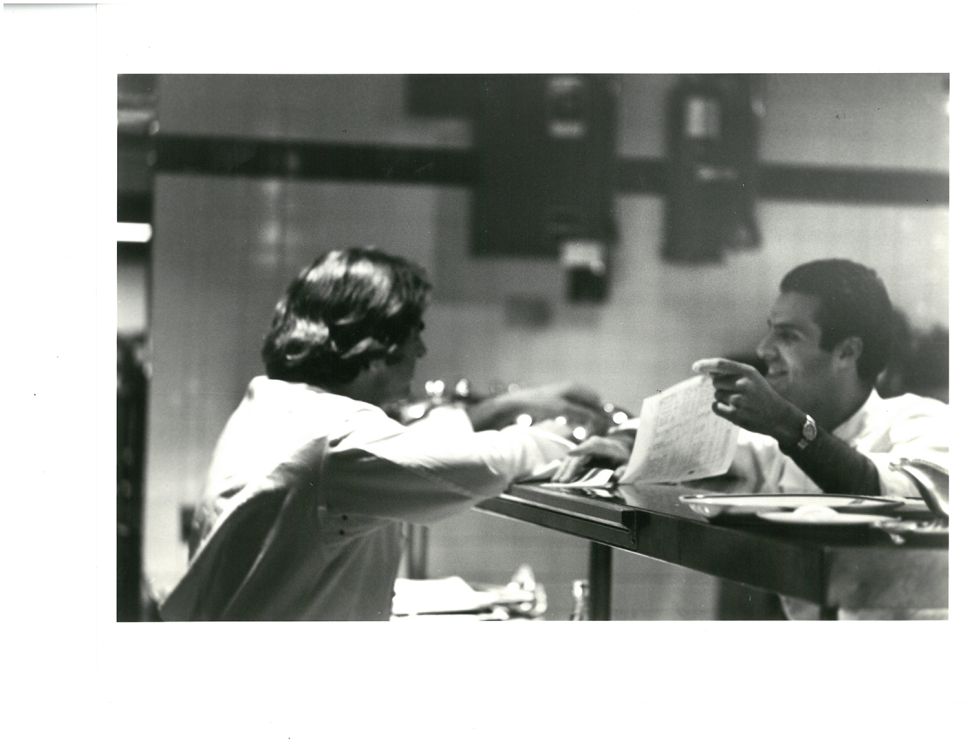