If anyone wants to see how religious faith can overcome fear during xenophobia, one need only to look to the lives of our prophets. Moses, Jesus and Muhammad all faced people who sought to kill them for speaking God’s truth. Yet no political system has successfully waged a campaign against any religion or religious adherents.

For three centuries, the Roman Empire tried to eradicate Christianity  before embracing it and establishing Rome as the center of the Catholic Church.

The Nazis committed genocide against Jews. Yet today the Third Reich is dead and reviled. The Jewish State of Israel was born and has become a fountainhead of Jewish culture.

The Soviets tried to destroy all religion. Yet after 70 years, Communism failed and religion has been revived throughout the region.

Good sense will ultimately prevail, and all Americans will come to understand the good that has come from Muslim immigrants who have repudiated the violence and sectarianism of their home countries to build a life here.

Sadly, some Western thinkers and policymakers—and most recently the front-runners seeking the Republican presidential nomination—have decided to take on Islam. They have gone so far as to call for surveilling all American Muslims and barring any Muslims from entering the country.

In the face of this threat, I call not only on my Muslim faith for guidance and refuge, but also on my other faith—my faith in America.

But in hindsight, given American generosity, all of those persecutions were discredited. The fears were determined to be groundless.

I expect no less from this time. Good sense will ultimately prevail, and all Americans will come to understand the good that has come from Muslim immigrants who have repudiated the violence and sectarianism of their home countries to build a life here.

The reason that so few American Muslims have been radicalized is that here—more than in any Western country—they have been accepted as equals.

The tragic attack in San Bernardino, Calif., confirms how important it is for Muslim Americans to be seen as allies against extremists, not suspects. The assailants apparently had to work in extreme secrecy because the eyes and ears of American Muslims would have exposed them. Muslims, who know theirs is a peace-loving religion, judge the extremists as much a threat to them as they are to any American.

Lately I have been pondering Jesus’ beatitude, “Blessed are the meek, for they will inherit the earth.”

Which devout person doesn’t want to be blessed by God? And what does the “meekness” that Jesus referred to mean? And what is the nature of the power of meekness, which enables its practitioners to inherit the earth? Inheriting the earth is no small matter!

The Quran teaches us to respond to those who attack us with that which is better, until the hostile party is transformed into a passionate friend and protector. But none will achieve that, the Quran adds, except those who are patient. And even among those, only the very fortunate will realize it.

Maybe it’s that caliber of patience, of adhering to our deepest human values, that transforms enemies into friends, that defines the meekness Jesus praised, and empowers us to “inherit the earth.”

My faith is based on the enduring wisdom that God has granted to the prophets. People of every faith have endured far more persecution than what we are seeing now in America.

What is more important is that people who use religion as a weapon to justify violence somehow understand the damage they are doing to their religion; the affront to God.

Whether you read the Bible: “Blessed are the peacemakers, for they will be called the sons of God.” Or the Quran: “O people: we all are Allah servants, make and spread peace, give food to the needy, pray better when the people are sleeping then you will be the inhabitant of your Lord’s Paradise.”

The message is the same. God wants us to live together in peace.

Imam Feisal Abdul Rauf is chairman of the Cordoba Initiative, a multinational organization dedicated to improving Muslim-West relations. He is the author of several books, including Defining Islamic Statehood: Measuring and Indexing Contemporary Muslim States and Moving the Mountain: A New Vision of Islam in America. 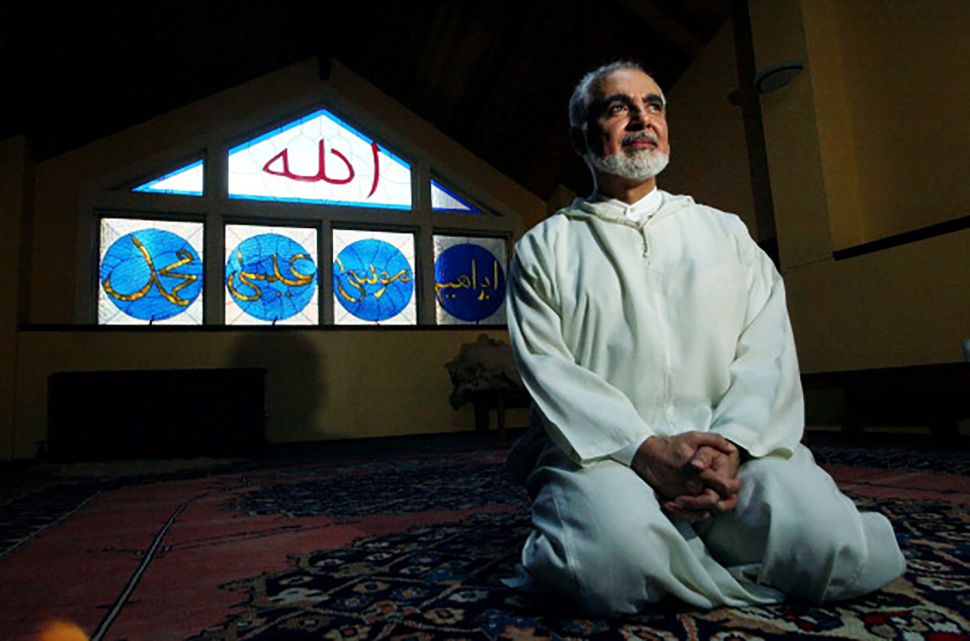