Three days after community members started fasting to encourage state legislators to vote on pending legislation, S2925 & S4425, which would expand access to driver’s licenses for undocumented residents in New Jersey, an interfaith coalition of over 150 clergy released a letter “urging state legislators and Gov.Chris Christie to support legislation that would grant Drivers Licenses to our undocumented immigrant brothers and sisters, among others.”

“As faith leaders from across the state and representing many traditions, we share core values of compassion, hospitality and welcoming the stranger in our midst. We have seen the heavy weight that our immigrant neighbors bear in the absence of being able to drive legally, and the real economic and emotional pain that flows from that reality: limited access to good employment opportunities; the threat of heavy fines for driving without a license; and the deep-seated fear of family separation through arbitrary detention and deportation which can result from a chance traffic stop.” reads the letter, citing core values shared by the interfaith clergy coalition.

Today, a few clergy who signed the letter of support will be arriving at the Statehouse to pray with the community members who are fasting and to deliver the letter to legislative offices. 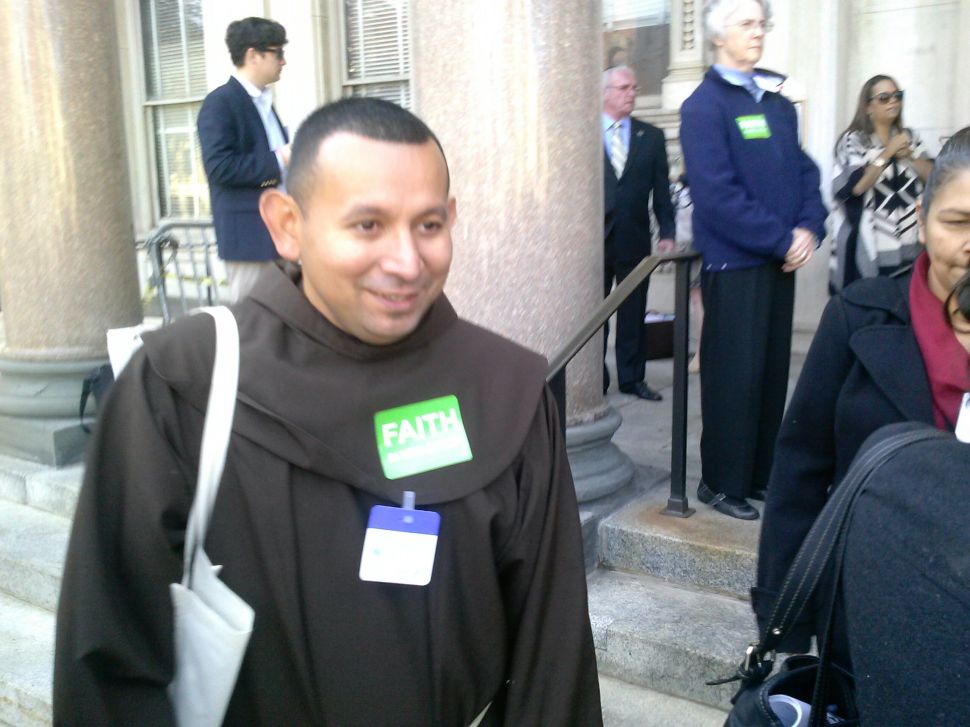