It’s getting late in the day for the lame duck session, with the legislature heading toward a last-ditch effort to reconcile the Senate and Assembly versions of a bill to amend the state constitution and allow new casinos in North Jersey.

With dueling op-eds in the Star Ledger this week, Senate President Steve Sweeney (D-3) and Assembly Speaker Vince Prieto (D-32) each laid out their case for their respective versions of the bill. The chances of a 2016 referendum are still slim as the conflicts between North and South, Assembly and Senate, gubernatorial hopefuls and competing casino interests remain up in the air.

This week we look at the stalemate, and at the chances for a reconciliation.

The public faces of the fight for new casinos have been Sweeney and Prieto. Sweeney sponsored the Senate version of the bill with full knowledge that he would be going against the wishes of much of his South Jersey constituency, while Prieto has stuck by the Assembly version of the bill against fellow Bergen Democrats and Senate sponsors Loretta Weinberg (D-37) and Paul Sarlo (D-36). Many see Democratic Jersey City Mayor Steve Fulop, predicted to be Sweeney’s rival for the governor’s office, as one of the driving forces behind the Assembly’s unwillingness to budge on the question of which backers would be eligible for bidding once an amendment goes through.

Sweeney, who is likely to run for governor in 2017, has an interest in courting North Jersey before his begins in earnest, while Prieto stands to secure a greater share of new casino revenues for North Jersey by digging in his heels. Fulop has the opportunity to claim a casino for his hometown with the backing of Boston venture capitalist Paul Fireman. Atlantic City and its neighboring South Jersey counties would see an inversion of the old formula by which the gaming capitol funneled revenue to other parts of the state now that its monopoly has ended and its economic future has soured. North Jersey, meanwhile, has interest in securing the lucrative contracts, short-term construction job creation and long-term tourism revenue that would result from new casino construction. With all of New Jersey suffering financially and Atlantic City seeing the worst foreclosure rate in the country, all sides have political and monetary skin in the game.

Over and above their disagreement over Atlantic City’s share (the Senate would offer 50% of new revenues to Atlantic City over 15 years, while the Assembly would offer 50% only of the first $300 million and then 35%), the question of which casino operators will be entitled to bid on new the new locations has been the sticking point. Sweeney and the Senate insist on two locations going to existing Atlantic City operators, while the Assembly has lowered its expectations from three to two and said it will only accept a deal where at least one location stays open to new investors. Sweeney added a six-month time-table for ground to be broken once bidding is complete to ensure that existing Atlantic City operators do not intentionally delay the process if his version of the bill succeeds. Prieto, for his part, has said that he is open to restricting the new locations to existing operators but not to meeting Sweeney’s proposed 50% figure.

The deadline for coming to an agreement within twenty days of this session’s January 11 end date has already passed. Though a three-fifths supermajority in both houses could still get the ballot question through for next November if the Democrats court enough Republican support before an August deadline, insiders say that there has been no movement in either house yet. In the fallout from the failed casino deal, Sweeney has more to lose than Prieto as a gubernatorial hopeful. He needs to stay in good standing at home by fighting for a deal favorable to Atlantic City while securing a victory that will give him bragging rights up north once the 2017 gubernatorial primaries come around.

Though the conflict between the houses has dominated the conversation, Weinberg, Senator Joe Kyrillos (R-13) and others have suggested that Fulop had an outsize role in negotiations. If anyone came away from the casino showdown with a strategic victory, it may have been him. 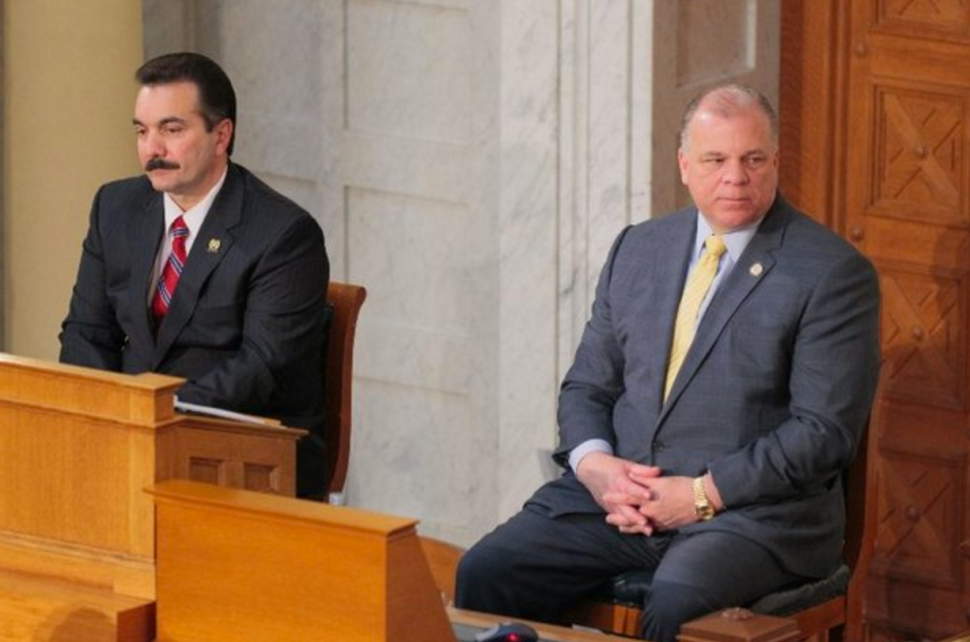