On Saturday, November 28, surrounded by her adoring family, Marion Crecco, a longtime resident of Bloomfield and in recent

Born in Newark to Joan and Jasper LaBruzzo, Marion attended Seton Hall University, Montclair State University and The Art Students League of New York. She had the distinction of being the first woman to represent Thomas Publishing Company as an advertising sales representative in the greater NY/NJ area, and went on to become the first female sales manager at Thomas Publishing for the North Jersey Regional Industrial Buying Guide.

Mrs. Crecco continued to blaze an indelible trail when she became the first woman elected to the New Jersey General Assembly in the 30th and subsequently the 34th Legislative Districts. A fearless, feisty and compassionate legislator, Marion served in the Assembly for 16 years, where her leadership roles included deputy speaker, assistant majority leader and assistant majority whip, as well as chairwoman of the Law and Public Safety Committee and the Task Force on Catastrophic and Long-Term Health Care.

In addition to co-chairing the Republican Task Force on Government Accountability and Efficiency, Mrs. Crecco was vice chair of the State Government and Independent Authorities Committees, the Advisory Council on Women and Children and the Safe and Secure Communities Selection Panel. She also served as state director for the National Order of Women Legislators and as a member of the Budget, Consumer Affairs and Transportation Committees.

During her distinguished political career, the late assemblywoman supported numerous organizations and civic associations. She served as chairwoman of the Bloomfield Republican County Committee for ten years, as NJ state director of the National Foundation for Women Legislators and as a member of the New Jersey Christopher Columbus Quincentennial Observance Commission, the National Federation of Republican Women, the National Federation of Elected Women, the American Legislative Exchange Council and Women in Government among others.

After Mrs. Crecco left office she maintained her avid interest in politics and enjoyed speaking before local groups. She continued her tireless involvement in the community, working alongside her husband on the John I. Crecco Foundation, which has donated over one million dollars to various hospitals and organizations over the years. Her Catholic faith and spiritual compass guided her life, enabling her to stay true to her convictions and balance her professional responsibilities with the roles of loving and supportive wife, mother, grandmother, sister, aunt and friend. Her outer and inner beauty captivated all who had the privilege of knowing her. And the limitless bounds of her heart were evidenced by the countless number of people she helped and inspired.

Mrs. Crecco was devoted to her husband, former Mayor of Bloomfield, John Crecco. She was the beloved mother of two daughters, Susan Fratello and Ginni Cummings, and sons-inlaw Robert Cummings and Michael Fratello. She was the doting grandmother “Mimi” to Kristi and Marc Fratello, and to Jonathan and Michael Cummings, and a caring aunt to her cherished nieces and nephews. She was also the loving sister to her brothers Joseph LaBruzzo and the late Robert LaBruzzo, sisters Joanne Redding, the late Carmella “Connie” Meldon and the late Virginia Gilby and sisters-in-law Florence LaBruzzo and Evelyn Brand.

Friends wishing to make memorial contributions can donate to the John I. Crecco Foundation online via PayPal at https://goo.gl/svvVFj. Checks will also be accepted at the funeral home. 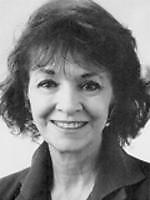