To further prove that sometimes TV really is made by picking words out of a hat, FOX announced Tuesday its plans for The Passion. The two-hour special, airing live from New Orleans on March 20, will tell the “2000-year-old story of the last hours of Jesus Christ’s life on earth.”

Tyler Perry (Gone Girl, approximately 300 Madea movies) will host and narrate the event, which will also include “a cast of today’s biggest stars” performing original music from Glee music producer Adam Anders. The story of Jesus presiding over the Last Supper, before being betrayed and eventually crucified will play out over a number of New Orleans’ most iconic locations. Simultaneously, a procession of “hundreds of people” will carry a “20-foot, illuminated cross from Champion Square outside the Superdome to the live stage at Woldenburg Park on the banks of the Mississippi River.”

David Madden, President of Fox Broadcasting Company, said in a statement: “The Passion is both wonderfully entertaining and genuinely inspirational. We are so thrilled to have the multi-talented Tyler Perry join us for this epic music production. He is the perfect host to lead the cast – and viewers – through the streets of New Orleans in this contemporary re-telling of a timeless story.”

Networks have enjoyed surprisingly great results recently with live musical performances –NBC is the exclamatory flag-bearer (The Sound of Music Live!, Peter Pan Live!, The Wiz Live!, Exorcism Live!…wait), with FOX hoping to get themselves a piece of that pie with Grease: Live on January 31. Can FOX double down on its move into the live-musical game by combining the hand-clapping, toe-tapping moves of Glee with the 2000 year old story of a man being publicly executed? Time will tell.

For now, we wait for casting news. Too bad Victor Garber has his hands full with Legends of Tomorrow. 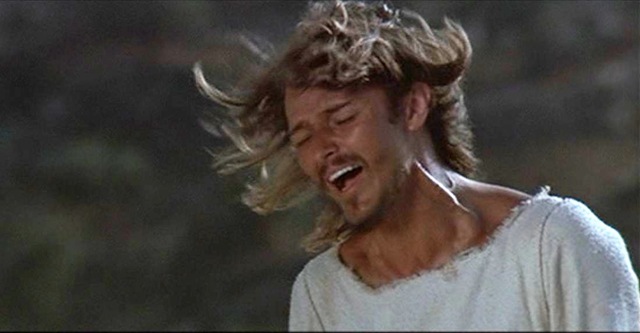