Edward Luce, writing recently in The Financial Times, made a comparison between the House of Representatives Freedom Caucus and the French Revolution. The “off with their heads” manner of the Freedom Caucus in their fight against the “establishment” struck Luce as a valid historical comparison.

There is perhaps another historical comparison, one that is closer to mood and sentiment: The Anarchist Movement in Russia between 1905 and, when it was brutally put down at the Kronstadt Fortress, 1921.

History has pushed the anarchists aside in the swirl of the Russian revolution, but, at the time they were more powerful than the Bolsheviks. In fact, the Soviets were a sub-group of anarchist forces. The word was later co-opted by the Bolsheviks.

Rabid hatred of government, and the rules and regulations it imposes, is far more akin to anarchism than the desire to replace the current government with another.

The anarchists, led by Voline, did not want to supplant one cruel centralized dictatorship with another. They were not interested in having a new Tsar named Lenin or any other Bolshevik leader. They bitterly fought the centralization of state power that the Bolsheviks sought. The dictatorship of the proletariat was just that to the anarchists…a dictatorship. They truly wanted to decentralize power and put it into the hands of the people. Tea party 1.0.

Then there were other anarchists who simply wanted to bring down the Czar and were willing to take their chances that whatever replaced him would be better…for it could not be worse. These were, in Paul Ryan’s recent words, “the bomb throwers.”

Another similarity between these anarchists and our Freedom Caucus is they are truly ideologically pure revolutionaries. Witness the fight over the Import/Export Bank. The Freedom Caucus that opposed its legislative extension took on not only the senior members of the Republican Party but big money and business. The caucus charge of “death to crony capitalism” reflects a spirit of defiance to all established governance…no matter whose carriage is blown up in the process.

The rabid hatred of government, and the rules and regulations it imposes, is also far more akin to anarchism than the desire to replace the current government with another. The visceral dislike of programs, restrictions and governance by the Freedom Caucus endlessly manifests itself in the very radical desire to… shut down the government.

If shutting down the government and defaulting on the debt is not anarchy, I don’t know what is.

Repeatedly, House Freedom leaders and Ted Cruz in the Senate have defended their wish for a shutdown with the mantra that the government is so broken it cannot be fixed. They need to start over from scratch. If the constituents in their gerrymandered districts don’t see their need for social security checks, military pensions, medicare reimbursements or treasury bond payments…bless em. Or perhaps, like the protesters who said at the anti-Obamacare rallies, “Hands off my medicare,” they think the government does not send out these entitlements.

Or, and if you believe the Freedom Caucus, they may be willing to sacrifice these to the cause of Freedom. To liberally paraphrase Goldwater, “No inconvenience in defense of a government shutdown is too inconvenient.”

What counts is the extreme loss of confidence in the system — the visceral belief that it is rigged by the powerful in both government and business.

America has not seen a native anarchist strain since the 1920’s Sacco and Vanzetti crimes, arrests, and executions.

However, today instead of throwing bombs, they are throwing Trump and Carlson into the running. Anything the establishment proposes, they are against. Hence the dismal ratings for the established candidates. The fact that over 50% of Republican primary voters want to throw out all the rules, tells you everything you need to know about alienation.

I am not as sure, as so many political pundits are, that these voters will miraculously come to their senses on election day. There may be an actual “La-Z-Boy” anarchist movement in America today. It’s not yesterday’s bearded bohemians of Petrograd… but todays’s 50+, overweigh, polyester wearing rural Missourians.

The details of the differences are not what is important. What counts is the extreme loss of confidence in the system — the visceral belief that it is rigged by the powerful in both government and business. The banks have replaced the royal family as a target of both left and right. Wall St. is abhorred as much as a welfare cheat. Roger Ailes is the new Trotsky, deft at rousing the crowd. Fox News the new Red Square, the venue for airing the venom.

What is new, is the feeling among these La-Z-Boy anarchists, that the democracy we have and the election process is so tainted by corruption that it cannot serve as an agent of change. Shut it down means just that. No more functioning government. See you at the barricades. 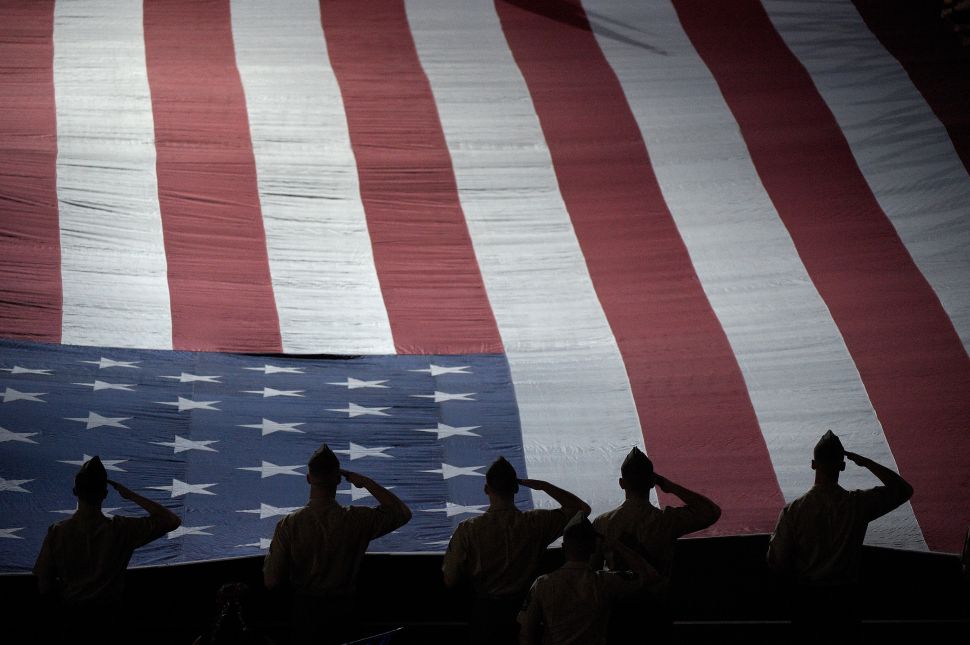