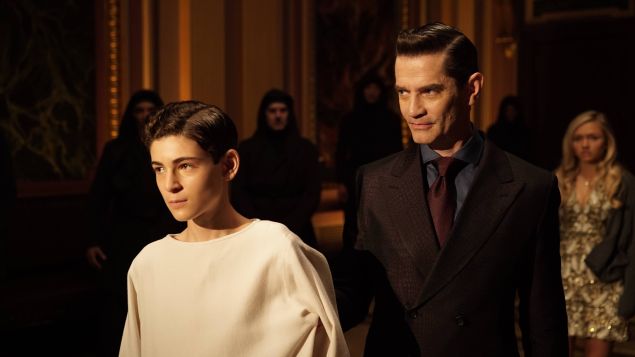 If the point of a fall finale is to tease, hint, and set up what’s coming after the break, bravo Gotham. ‘More Than a Crime’ has me doubly excited for season two to recommence come February. But to get there, we still had to get through this episode. And if you step back, break it up, and really look at it, such a little amount of anything happened in the first 55 minutes of this finale, it might as well have just been a trailer.

I mean, the largest bulk of the episode was devoted to Silver St. Cloud’s plot, which everyone–including 14-year-old Bruce Wayne–figured out was a ruse from the start. Somewhere in there we learned Silver once swam with a (possibly telepathic) dolphin, and unless that leads to Jason Momoa showing up in green spandex holding a bigass trident, I could have done without it.

Meanwhile, Oswald and Jim devised their big plan to infiltrate Galavan’s tower, save Bruce, and take Galavan down all at the same time. And by plan, I mean stand around Nygma’s apartment constantly, and loudly, loading guns. Seriously, the sound engineer in charge of the CHICKCHICK sound of a shotgun being cocked earned his money on this one. Appropriate, really, because Jim and Oswald’s plan turned out to be “shoot everyone.” The only thing they needed was a way in, which luckily Selina provided. Her “way in” was the parking garage, guarded by one person. Thank goodness they had Selina.

In the end, The Order of Saint Dumas, this shadowy cult-like organization, built up all season as a huge, impending threat, described as these righteous warriors who were going to cleanse Gotham in the blood of their enemies…were dispatched so, so, so ridiculously easily. I don’t blame Gotham City for erasing the name Dumas from its history books. I’d be embarrassed, too. Thousands of years of history and planning, and the Order’s fail-safe attack plan was to run at the people with guns yelling “rahhhhh.” I’m surprised none of them tripped over the hem of their robe.

Amid all this nonsense, we did learn get one huge story development — Leslie is pregnant. Chances are, the baby bun in that particular oven grows up to be a hero, or an absolute psychopath. More on that in a little.

It’s a shame, really, because the final ten or so minutes of ‘More Than a Crime’ was well-done, and even more importantly it all felt earned. Soon-to-be-father Jim is now a stone-cold murderer, choosing to execute Galavan instead of locking him up like all the other criminals he’s seen go free. It’s a big leap forward, character-wise, and a welcome one. Although you may want him to be, Jim is not Batman. Jim should have all of Batman’s desire to do good by Gotham, but none of the discipline or patience or, let’s be honest, ninja skills. All he has is a badge and a gun, and after two seasons of seeing sick, twisted shit he’s tired of doing things by the book. The book doesn’t work in Gotham City. Now that he has a kid on the way, the gun seems like a safer, more permanent solution than the badge.

We also took another trip under Indian Hill, which is a strange place indeed and even, dare I say…fishy?

As always, let’s run down every reference, fact and nugget of Bat-history brought up in Gotham‘s season two fall finale, “More Than a Crime.”

As Galavan’s body is wheeled into the laboratories in Indian Hill, a Ms. Peabody remarks “show some respect, Professor Strange has high hopes for this one.” Unless Gotham is planning a massive Cumberbatch-over with Marvel, it’s fair to assume Ms. Peabody is referring to major DC villain Hugo Strange. Strange–sometimes a professor, occasionally a doctor, mostly a psychologist–is DC’s resident mad scientist. He got his start all the way back in  Detective Comics #36 (1940!), predating The Joker, The Penguin, and Two-Face (but not, funny enough, Doctor Death. Early Batman had a serious problem with anyone who held a Ph.D).

Comicbook.com confirmed earlier this year B.D Wong would be stepping into the round glasses and white coat of Hugo Strange. 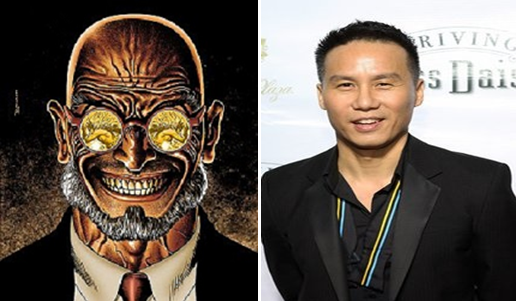 Seriously, though, I don’t even care about appearances. Wong has already shown he does hyper-intelligent, calculating villain perfectly as White Rose in Mr. Robot. Plus, dude was in Jurassic Park. The only Gotham casting news involving a Jurassic Park alum I’d be more excited for would be Jeff Goldblum as Man-Bat.

As long as we’re bringing dead villains back to life, that is.

During their many, many quiet jail cell conversations, Silver asks Bruce what his favorite animal is, to which he replies: “Owls.” Much later in life, Bruce will regret this choice for a number of reasons. For one, Owlman. 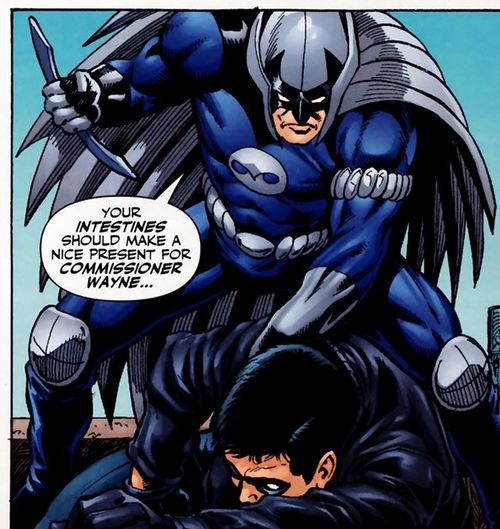 The DC Universe is actually numerous, separate universes (I know), and each one usually has its own take on Owlman. In some he’s Roy Raymond Jr., in others he’s Thomas Wayne Jr., Bruce’s brother. Most recently a man named Lincoln Marsh was under the Owlman mask, but he just turned out to be Thomas Wayne Jr. in disguise. In all universes, though, Owlman is portrayed as Batman’s complete opposite because, fun fact, owls sometimes eat bats.

Lincoln Marsh’s Owlman was part of a much larger story that introduced the Court of Owls, an ancient society that has pulled the strings of Gotham City pretty much since its creation. 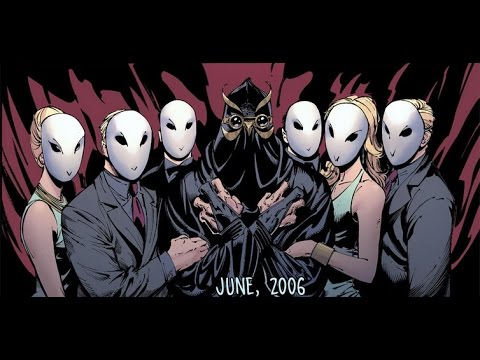 Executive-producer Bruno Heller already confirmed the Court would show up one day on Gotham. I can confirm myself that it will be nearly impossible to make the Court of Owls look worse than the Order of St Dumas.

It’s well established that Jim Gordon eventually has a few children, but it’s never been canon that Leslie Thompkins is the mother. But since Barbara went bananas and Jim dropped her out a church window, I don’t like their chances of procreating. It also makes it highly unlikely we’ll see little baby Barbara Gordon, because I doubt Leslie is down to name her kid after Jim’s homicidal ex.

SO! We’re left with James Gordon, Jr, who did not exactly share his sister’s penchant for heroism. The opposite, really.

Yeah, where did Galavan’s face go? 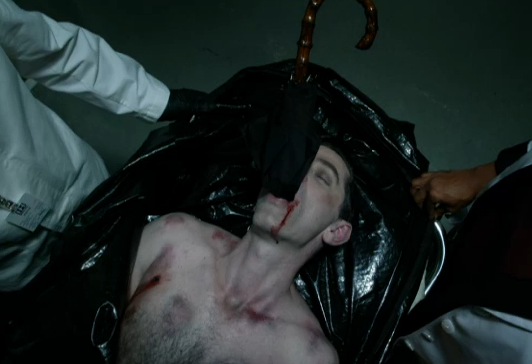 Dude, honestly, I don’t even know. Unless Gotham is going to pull a “lol Theo is actually Two-Face now,” and even then Two-Face’s face is scarred, as opposed to, uh, just missing. Did Oswald take the face? Did Jim?

Is Hugo Strange going to replace Galavan’s missing face with steel and wires? Because if so… 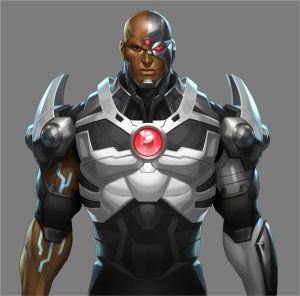 Update: WOW so a dark press screener mixed with my grandfatherly levels of poor eyesight mixed together to make me look like a real Dumas. I see now, thanks to many, many of you pointing it out, Penguin’s umbrella is in fact shoved into Galavan’s mouth. Boy do I have egg on (3/4 of) my face. 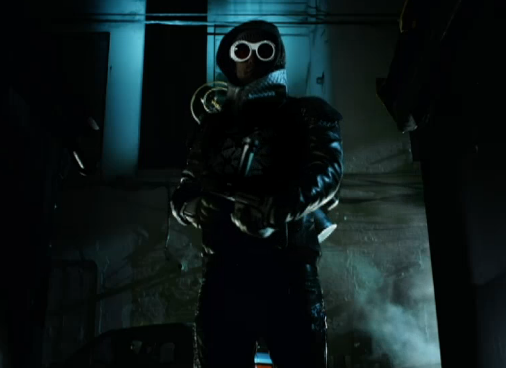 Gotham realized its newest superpower…the after credits scene. Here we get out first look at Nathan Darrow’s Victor Fries, also known as Batman’s frostiest enemy Mister Freeze. While Freeze’s M.O. usually involves saving his terminally ill wife Nora, I’m unsure how chasing old men into alleyways and blasting them with your freeze-ray is going to get your wife off ice, Vic.

Gotham E.P John Stevens said in October the show will shift to a “heavy Freeze story in episodes 12 and 13.” Trust me, there’s more to heavy Freeze stories than Arnold Schwarzenegger. I’m mostly referring to Batman: The Animated Series. Or Otto Preminger’s slightly horrifying take in the original Batman TV series. Or, maybe, I’m referring to how fucking often you’ll hear this message if you play Arkham City on Hard.

Either way, see you in February! Dress warm. 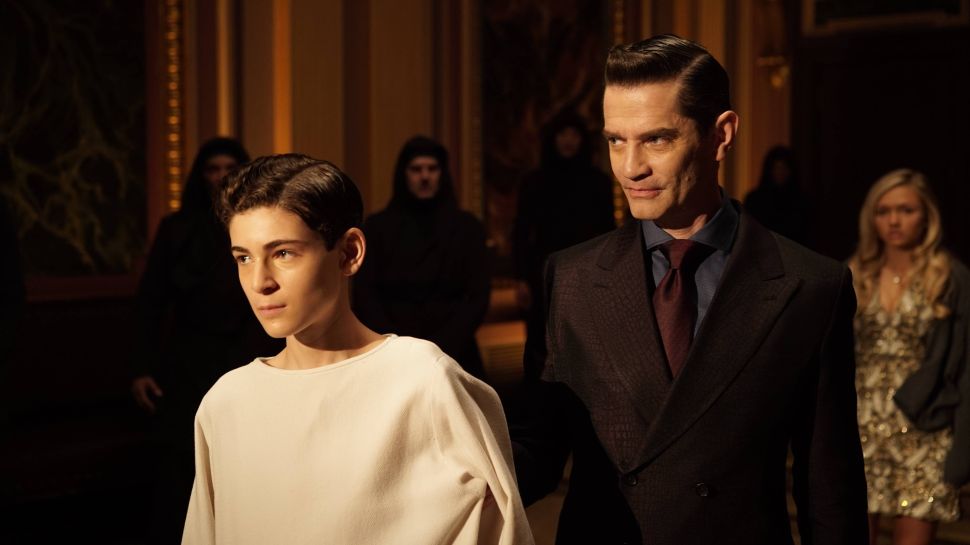