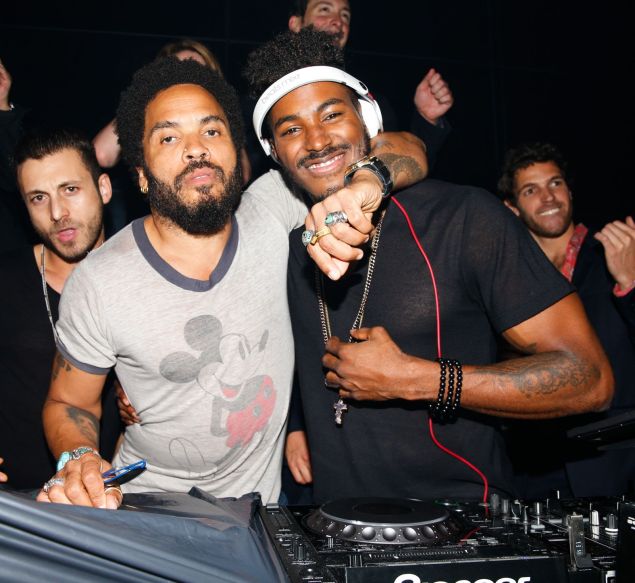 It was late Thursday night at the W Hotel, and electric green lasers bounced around what can only be described as a “lair of sin.” An unending stream of fluted Dom Pérignon was shuttled around with great frequency, along with a bounty of other liquors and a selection of smoke-able products.

It had took a quarter-mile walk through the enormous hotel (across 5 security checkpoints!) to get into “the party of the week”: the afterparty for real estate mogul Aby Rosen’s dinner. It was hosted by British curator Alex Dellal, billionaire shipping heir Stavros Niarchos, and artstar-spawn/curator Vito Schnabel.

Before that we suffered from—courtesy of torrential rainstorms—flooded streets and standstill traffic.

But this party was actually worth the wait.

As our little group slowly moved to the center of the dance floor, we bumped into the radiant Serena Williams—replete with magenta hair—who was busy grooving and setting the bar for human perfection. Another ridiculously good-looking person, model Shanina Shaik, was kicking it in the DJ booth most of the night (she’s dating the lucky guy that provided the evening’s jams) along with host Vito Schnabel. Otherworldly actress Rosario Dawson also made a grand entrance, leaving a trail of stunned gentlemen in her wake.

During one of many drink breaks, the super-suave former auction house guru and collector Simon de Pury walked in and shot me a wink and a thumbs up. My heart melted a bit.

The man himself, Aby Rosen, was throwing down some mean moves on a banquette above a raucous dance floor that was jam-packed with models and art world heavies, both young and old. 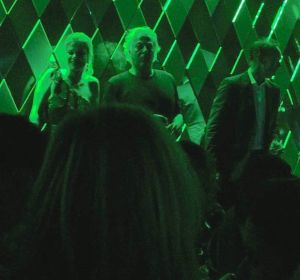 Dashing dealer Gavin Brown and his lovely artist wife Hope Atherton checked out on the early side (12:30 am, it’s all relative) but younger art dealers like The Journal’s Michael Nevin, along with up-and-coming virtual reality artist Rachel Rossin, were just arriving and ready to hit the dance floor.

We missed a set by Solange Knowles, but she was followed by DJ Ruckus (who had the crowd bouncing in the palm of his hand) and eventually by Mr. Lenny Kravitz was announced to a medley of his greatest hits.

Mr. Nevin was doing well at the NADA art fair, but was even more excited about his show back in Brooklyn, a solo sculpture presentation of Agathe Snow (the ex-wife of the late Dash Snow.) “The show really fits the current zeitgeist of bringing underrepresented female artists to the fore,” he told us, clearly referring to the Rubell’s massive all-female artist exhibition that opened in Wynwood recently, titled “No Man’s Land.” 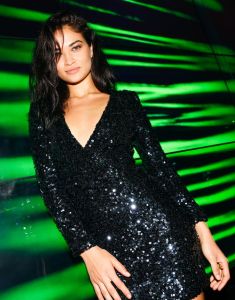 Gagosian artist Richard Phillips, who just mounted a show at the youthful german gallery Mathew in New York City, was in the house (we hung with his fellow Yale bro John Currin a few nights earlier at a Faena Hotel event.) After blowing out the massive confines of Gagosian gallery, he was eager to mount something grungier. “I’m pretty excited about this show,” said the enthusiastic artist, who was taking a break from the dance floor with a crew of art world die-hards.

At about 4 am, the rain let up just long enough for us to hop in a cab and float back to the hotel… in time to catch a tidy 4 hours of sleep. This is Miami at its best. 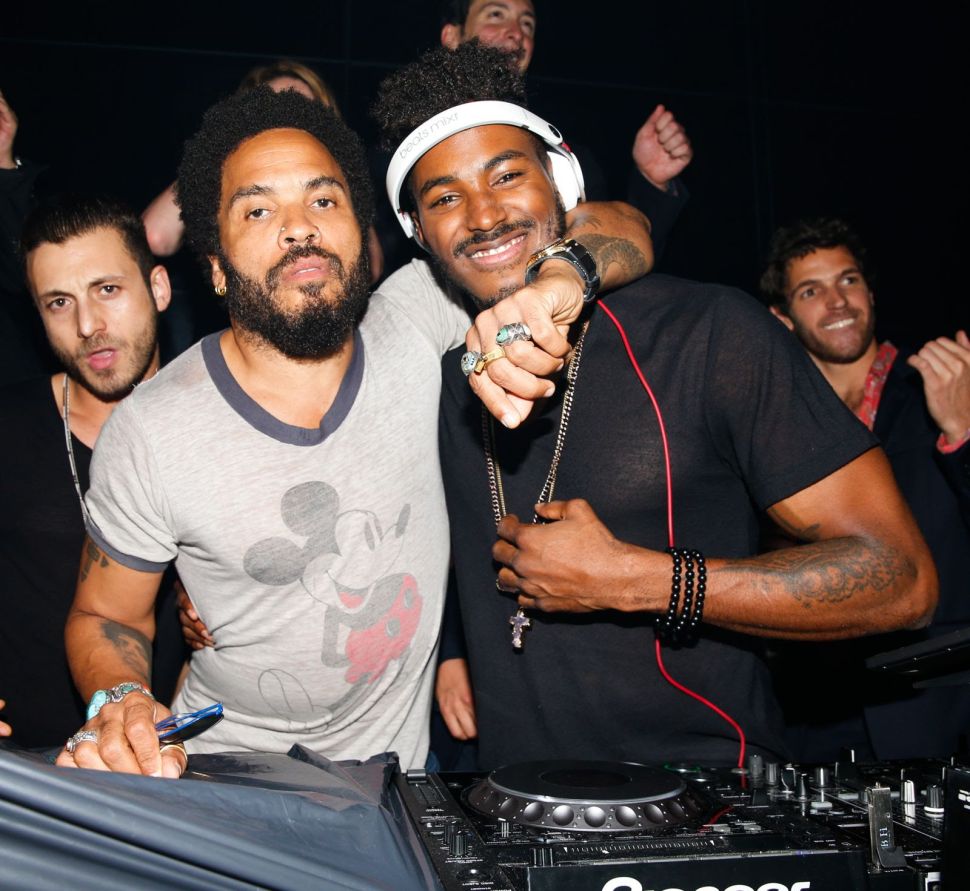