This piece is an adaption from The Obstacle Is The Way.

When coach Shaka Smart was interviewed after his team beat North Carolina in a surprise upset last week, what did he say? He didn’t focus on the buzzer beater. Or the strategy. He said his team won because “they followed the process.”

Tony Wroten, a guard for the 76ers, got the same advice from his coaches. “They tell us every game, every day, ‘trust the process.’” John Fox, the coach trying to turn around the Chicago Bears, asked his team the same thing.

But what the hell is it? What is the process?

It can be traced to Nick Saban, the famous coach of LSU and Alabama—perhaps the most dominant dynasty in the history of college football. But he got it from a psychiatry professor named Lionel Rosen during his time at Michigan State.

Rosen’s big insight was this: sports—especially football—are complex. Nobody has enough brainpower or motivation to consistently manage all the variables going on in the course of a season, let alone a game. They think they do—but realistically, they don’t.

There are too many plays, too many players, too many statistics, countermoves, unpredictables, distractions. Over the course of a long playoff season, this adds up into a cognitively impossible load. Meanwhile, as Monte Burke writes in his book Saban, Rosen discovered that the average play in football lasts just seven seconds. Seven seconds—that’s very manageable.

So he posed a question: What if a team concentrated only on what they could manage? What if they took things step by step—not focusing on anything but what was right in front of them and on doing it well?

As a result, Nick Saban doesn’t focus on what every other coach focuses on, or at least not the way they do. He tells them:

It’s this message that’s been internalized by his players and his teams—which together have four national championships in an eight-year span, one Mid-American Conference championship, have been crowned SEC champions 15 times and Saban has received multiple coaching awards.

In the chaos of sport, as in life, process provides a way. A way to turn something very complex into something simple. Not that simple is easy.

But it is easier. Let’s say you’ve got to do something difficult. Don’t focus on that. Instead break it down into pieces. Simply do what you need to do right now. And do it well. And then move on to the next thing. Follow the process and not the prize. As Bill Belichick famously put it, just do your job.

The road to back-to-back championships, or being a writer or a successful entrepreneur is just that, a road. And you travel along a road in steps. Excellence is a matter of steps. Excelling at this one, then that one and then the one after that. Saban’s process is exclusively this—existing in the present, taking it one step at a time, not getting distracted by anything else. Not the other team, not the scoreboard, or the crowd.

Whether it’s pursuing the pinnacle of success in your field, or simply surviving some awful or trying ordeal, the same approach works. Don’t think about the end—think about surviving. Getting it right from meal to meal, meeting to meeting, project to project, paycheck to paycheck, one day at a time.

And when you really get it right, even the hardest things become manageable. As Heraclitus observed, “under the comb, the tangle and the straight path are the same.” That’s what the process is. Under its influence, we needn’t panic. Even mammoth tasks become just a series of component parts.

This was what the great 19th-century pioneer of meteorology, James Pollard Espy, had shown to him in a chance encounter as a young man. Unable to read and write until he was 18, Espy attended a rousing speech by the famous orator Henry Clay. After the talk, a spellbound Espy tried to make his way toward Clay, but he couldn’t form the words to speak to his idol. One of his friends shouted out for him: “He wants to be like you, even though he can’t read.”

Clay grabbed one of his posters, which had the word CLAY written in big letters. He looked at Espy and said, “You see that, boy?” pointing to a letter. “That’s an A. Now, you’ve only got 25 more letters to go.”

Espy had just been gifted The Process. Within a year, he started college.

What Rosen, what Espy, what these coaches are practicing is a central tenet of stoic philosophy—one which I’ve tried to pass along in The Obstacle is The Way. It’s just a modern take on Marcus Aurelius when he advised:

“Don’t let your imagination be crushed by life as a whole. Don’t try to picture everything bad that could possibly happen. Stick with the situation at hand, and ask, “Why is this so unbearable? Why can’t I endure it?”

Seven seconds. Sticking to the situation at hand. Focusing on what’s immediately in front of you. No strain, no struggling. So relaxed. No exertion or worry. Just one simple movement after another. That’s the power of process.

We can channel this, too. We needn’t scramble like we’re so often inclined to do when some difficult task sits in front of us. Instead, we can take a breath, do the immediate, composite part in front of us—and follow its thread into the next action. Everything in order, everything connected.

When it comes to our actions, disorder and distraction are death. The unordered mind loses track of what’s in front of it—what matters—and gets distracted by thoughts of the future. The process is order, it keeps our perceptions in check and our actions in sync.

It seems obvious, but we forget this when it matters most.

Right now, if I knocked you down and pinned you to ground, how would you respond? You’d probably panic. And then you’d push with all your strength to get me off you. It wouldn’t work; just using my body weight, I would be able to keep your shoulders against the ground with little effort—and you’d grow exhausted fighting it.

That’s the opposite of the process.

The process is much easier. First, you don’t panic, you conserve your energy. You don’t do anything stupid like get yourself choked out by acting without thinking. You focus on not letting it get worse. Then you get your arms up, to brace and create some breathing room, some space. Now work to get on your side.  From there you can start to break down my hold on you: grab an arm, trap a leg, buck with your hips, slide in a knee.

It’ll take some time, but you’ll get yourself out. At each step, the person on top is forced to give a little up, until there’s nothing left. Then you’re free.

Being trapped is just a position, not a fate. You get out of it by addressing and eliminating each part of that position through small, deliberate action—not by trying (and failing) to push it away with superhuman strength.

With our business rivals, we rack our brains to think of some mind-blowing new product that will make them irrelevant, and, in the process, we take our eye off the ball. We shy away from writing a book or making a film even though it’s our dream because it’s so much work—we can’t imagine how we get from here to there.

How often do we compromise or settle because we feel that the real solution is too ambitious or outside our grasp? How often do we assume that change is impossible because it’s too big? Involves too many different groups? Or worse, how many people are paralyzed by all their ideas and inspirations? They chase them all and go nowhere, distracting themselves and never making headway. They’re brilliant, sure, but they rarely execute. They rarely get where they want and need to go.

All these issues are solvable. Each would collapse beneath the process. We’ve just wrongly assumed that it has to happen all at once, and we give up at the thought of it. We are A-to-Z thinkers, fretting about A, obsessing over Z, yet forgetting all about B through Y.

We want to have goals, yes, so everything we do can be in service of something purposeful. When we know what we’re really setting out to do, the obstacles that arise tend to seem smaller, more manageable. When we don’t, each one looms larger and seems impossible. Goals help put the blips and bumps in proper proportion.

When we get distracted, when we start caring about something other than our own progress and efforts, the process is the helpful, if occasionally bossy, voice in our head. It is the bark of the wise, older leader who knows exactly who he is and what he’s got to do. Shut up. Go back to your stations and try to think about what we are going to do ourselves, instead of worrying about what’s going on out there. You know what your job is, stop jawing and get to work.

The process is the voice that demands we take responsibility and ownership. That prompts us to act even if only in a small way.

Like a relentless machine, subjugating resistance each and every way it exists, little by little. Moving forward, one step at a time. Subordinate strength to the process. Replace fear with the process. Depend on it. Lean on it. Trust in it.

Take your time, don’t rush. Some problems are harder than others. Deal with the ones right in front of you first. Come back to the others later. You’ll get there.

The process is about doing the right things, right now. Not worrying about what might happen later, or the results, or the whole picture. 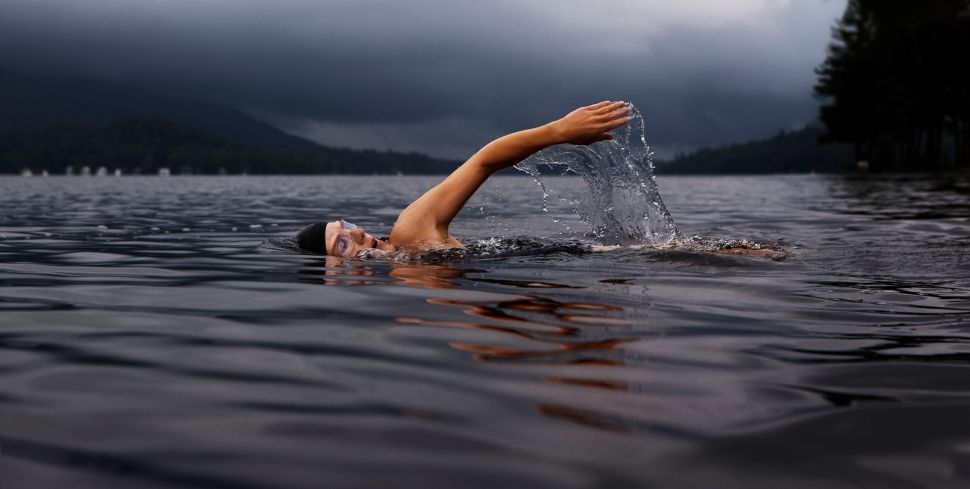