The holidays are a time for tradition. Turkey on Thanksgiving. Lighting the menorah on Hanukkah. Decorating the tree for Christmas.

For press officers who speak for elected officials, there’s another tradition: the issuing of an official statement on the holiday of the day to the media. And for the media, yet another: deleting those statements, which nearly never see the light of print.

“I don’t think there’s a communications person on the planet that doesn’t know it’s not getting printed anywhere or used by anyone,” said Jessica Proud, a partner at the November Team, who has written many.

And yet, the official holiday statements persist, like fruitcake brought to Christmas parties: there on the table every year, even though nobody asked for it and nobody touches it. Why? A desire to show respect for traditions, to be sensitive to all cultures—and a healthy dose of peer pressure, it seems. After all, everybody’s doing it.

The statements strike tones of unity, of understanding, of history, of looking together toward a brighter future and a better city or state or country, depending on the elected official’s jurisdiction.

On Hanukkah, Gov. Andrew Cuomo: “May the Festival of Lights bring warmth and comfort to all the people of this State, and inspire us to come together in these difficult times to create a safer and more resilient New York. On behalf of all New Yorkers, best wishes and happy Hanukkah. Chag Urim Sameach.”

And it’s not just religious holidays.

On Thanksgiving, Attorney General Eric Schneiderman: “While we celebrate with friends and family today, let us also remember to use this holiday as an opportunity to give back and show compassion to those who are less fortunate, including those who flee conflict and persecution across the globe.”

“I have no idea why they put them out,” said Stuart Marques, who worked as a reporter and editor for three decades. “I don’t think I’ve ever used one.”

Asked why he sends out such statements, Mr. Schneiderman’s spokesman, Matt Mittenthal, responded with more tidings of great joy: “Attorney General Schneiderman would like to wish everyone reading this story a joyous holiday season.”

The statements are always full of warm wishes for constituents—the vast majority of whom never see them. After all, these aren’t holiday greetings sent directly to supporters, like the Christmas cards your mother hangs up in the kitchen. They’re messages crafted for and sent to the press—though thanks to social media, officials can post them on Twitter, too—and the vast majority of the mainstream press simply disregards them.

“I have no idea why they put them out,” said Stuart Marques, a public relations professional who previously worked as a reporter and editor in the city for three decades. “I don’t think I’ve ever used one.”

But they are written each year, new variations on old themes, sent out of some sense of duty.

“These statements are literally the worst to write but it is better to check the box rather than run the risk of pissing someone or some group off by forgetting,” one veteran flack told the Observer. “Everyone knows the press does not care about these at all and roll their eyes at each of them as they roll in. Sometimes you just have to do it.”

Ms. Proud noted crafting the statements is a fraught gig in New York—there are so many different religious groups, and some of them have so many holidays, so which to write statements for?—and especially difficult for a communications pro who has multiple clients. “How many different ways can you say ‘Happy Thanksgiving?'” she asked.

But Matt Wing, a former press secretary for Mr. Cuomo (and before that, then-public advocate Bill de Blasio) who now works for Uber, said he viewed that question as more of a challenge back when he used to write such statements.

“I tried to use it as an opportunity to try and come up with something new to say about Christmas or Thanksgiving that hadn’t already been said,” he said. “And because its such a non-controversial statement, you are allowed almost complete freedom to write whatever you want which can make it more fun, as opposed to hitting copy/paste on whatever was put out the year before or by others.”

He likened it to an episode of the West Wing, when Sam Seaborn—Mr. Wing’s “personal hero” and the fictional president’s deputy communications director—was tasked as a practical joke with writing a birthday message for the Assistant Transportation Secretary. Even after the joke was revealed, Mr. Seaborn wants to get it right.

“No one wants to be the one left out that didn’t send the message.”

For the junior press secretaries who have spent hours slaving over just how to wish somebody a Merry Christmas, it’s not all for naught: while most reporters aren’t usually interested in the statements, religious and civic leaders often are.

Eventually, one of the community leaders asked why the mayor’s office put out statements for Jewish and Christian holy days, but not for Muslim ones.

Mr. Loeser promptly replied that they’d changed their policy on the matter, and would start putting out those statements right away. The community leader was satisfied, Mr. Loeser recalled, but Mr. Bloomberg was not.

“When did we change that policy?” Mr. Bloomberg asked.

And of course, every now and then the statements do find their way into news stories, particularly those published in publications focused on a particular religious or ethnic group. Jacob Kornbluh, a politics reporter for Jewish Insider, said he has used the statements—and said they’re often a way for politicians to identify with Jewish people on their holidays.

“And it’s easier to communicate to the Jewish community with a general statement rather than give a detailed interview on policy which is most part not in sync with the community,” Mr. Kornbluh said. “Holidays are a consensus issue and it shows the politician cares.”

“There’s also this sort of a race as to who is the first elected official to tweet or to put out a—let’s say—happy new year or kosher Passover statement,” Mr. Kornbluh added. “De Blasio as public advocate and as mayoral candidate used to top the list.”

And that gets to another reason why the statements persist: because everybody sends them. Ms. Proud said it’s a bit like rubbernecking—if every driver stopped doing it, it would end. But if just one person does it, it continues. Like the fruitcake on the Christmas dessert table, sitting there uninvited, because someone feels like it’s just supposed to be there.

“No one wants to be the one left out that didn’t send the message,” she said. 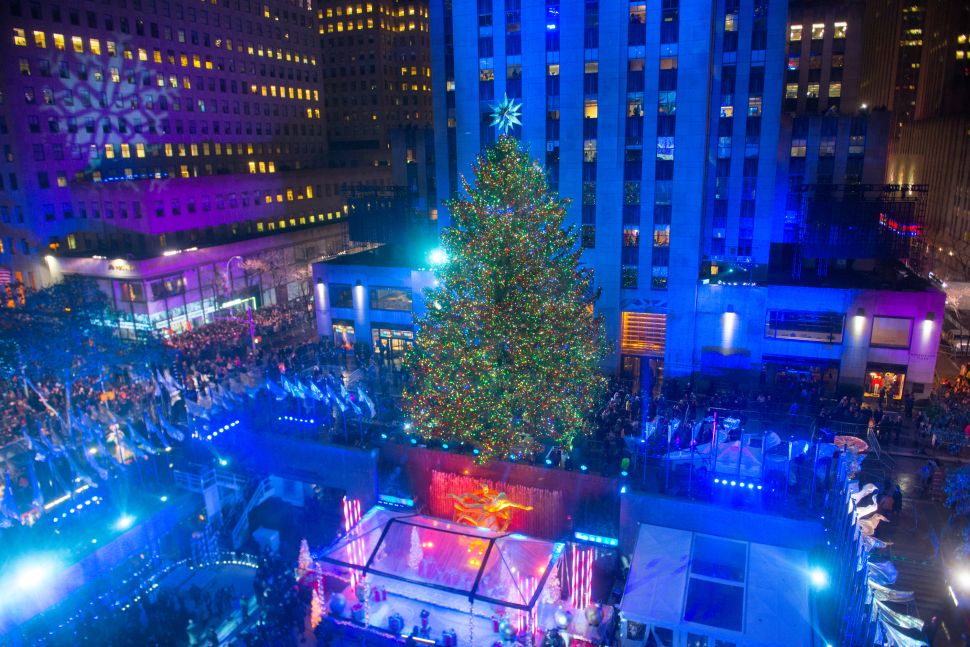