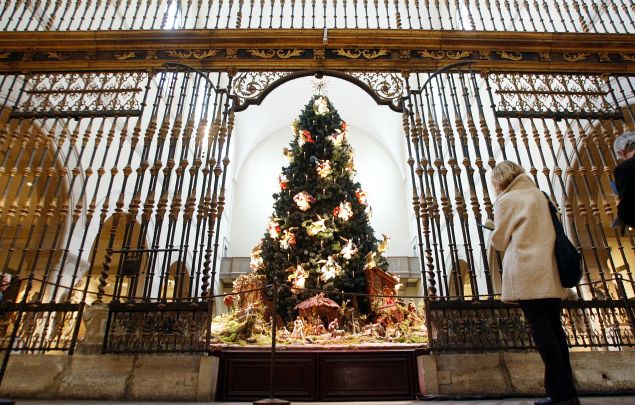 The Met’s 20-foot blue spruce is adorned with 50 suspended angels and is on display in the museum’s Medieval Sculpture Hall. (Mario Tama/Getty Images)

New York can feel like a cultural black hole during the holidays. With the glut of festivus-themed spectacle around town, seasonal good-cheer family fare can crowd out the artistic. Thankfully, Observer Arts has you covered. Here’s what’s on our radar this holiday season.

Holiday concerts are a seasonal staple of any organization, but the Met takes the tradition back to its old-school roots with its Byzantine Holiday Pop-Up Concert this Friday, Dec. 18. The Medieval Sculpture Hall will host six different pop-up performances of hymns and carols of the Byzantine Empire, performed by members of the Eastern Orthodox Community in languages ranging from Russian to Armenian and Greek to Arabic. This antiphonal blowout is part of the “Met Fridays—Revel in the Season” event, which also features holiday garland making, discussions about books focusing on celebrations, food, and color with the library staff, and the museum’s iconic 20-foot Christmas tree, adorned with 18th-century ornaments of saints and angels. 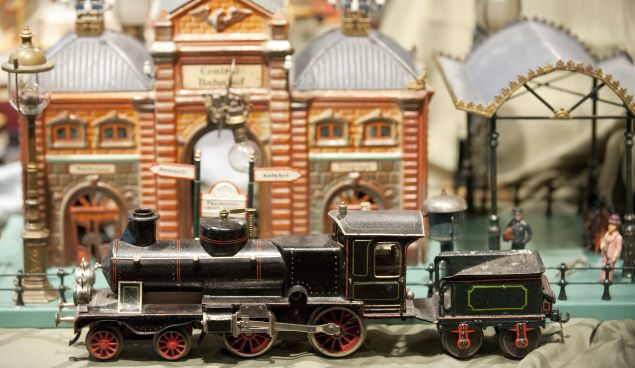 A toy train is on display as part of The Jerni Collection of Toys and Toy Trains, (DON EMMERT/AFP/Getty Images)

Of all hallowed holiday ephemera, toy trains remain among the most revered of collectibles, and the New-York Historical Society’s Holiday Express exhibition, featuring model trains, scenic pieces and toys from the renowned Jerni Collection is a sight to behold. The exhibition transforms into a seasonal wonderland on the first floor, enhanced by theatrical lighting, ambient sound effects and a 360-degree mountainous landscape. 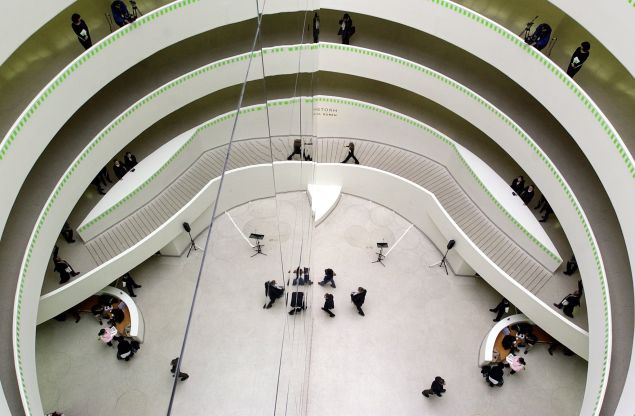 We know that these annual holiday concerts are a dime a dozen, but when a museum decides to hold one in an acoustically righteous place, we listen. That’s just the kind of party that the Guggenheim is throwing in its marvelous rotunda when George Steel conducts the Vox Vocal Ensemble, one of the most renowned choral groups in the country, for two joyous performances in its annual tradition. Sunday night’s show promises a bar menu and a prix-fixed dinner, to boot.

For those who prefer mirth of the avant-garde variety, Brooklyn’s BRIC nonprofit hosts a relatively new tradition. Back for a third holiday season, Yule Log 2.0 brings video artists from around the world together to re-imagine the classic, slow-burning yule log video and liberate it from the monotony of your uncle’s television screen. BRIC has gathered a whopping 105 artists together this year, and promises “burning brand new wildly-surprising, festive-inducing, merriment-making, cheer-bringing Yule Logs.” 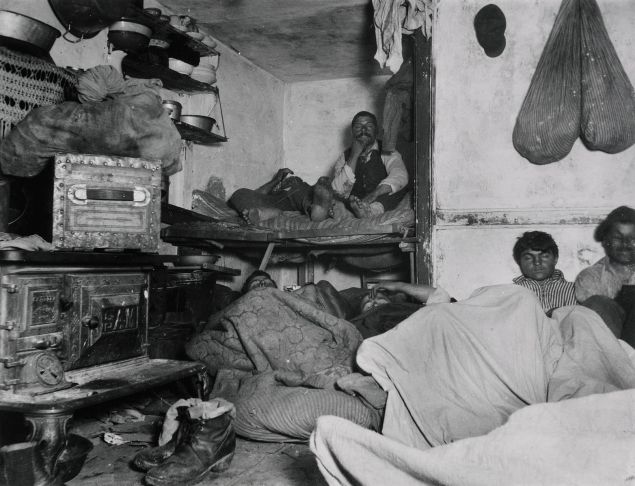 Teach your kids to be grateful and make flowers for someone they care about at MCNY’s Jacob Riis photo exhibit. (Jacob Riis/WikiCommons)

With much more frequented cultural institutions on the block, the Museum of the City of New York is an oft-overlooked, worthwhile trip. They’ve got a solid photo exhibit on New York social reformer Jacob Riis right now, and have organized a heartwarming activity for children around one of Riis’s storied holiday traditions. Every year he would urge society’s privileged children to send flowers to children living in tenements, a tradition documented in the “Jacob A. Riis: Revealing New York’s Other Half” exhibit. MCNY continues this heartwarming practice by inviting kids to its Flower Power: Holiday Bouquet. After seeing the photos, they can make their own paper poinsettia bouquet and gift it to someone they care about. 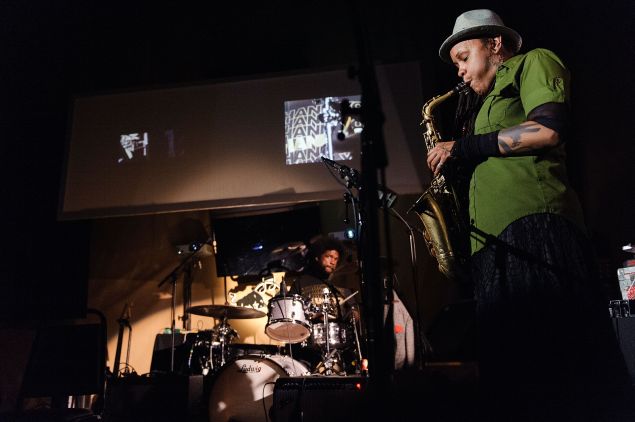 The new Whitney is going all out to end its inaugural year in Meatpacking. Renowned experimental saxophonist and mixed media composer Matana Robers presents red, white and blue(s), a sound quilt of sorts featuring her New Year’s Eve Back Room 12tet in the Whitney’s third floor theater. This premiere will “debut a score that Roberts composed over this past year through this series of open-ended public explorations, which responded to the Whitney’s galleries [and] performance spaces.” That 12tet contains some of the most impressive names in avant-garde music, too, among them neo-soul pioneer Me’Shell NdegéOcello and Miami-based electronic-dance wizard Helado Negro. If this isn’t enough of a spin on the holiday concert, we don’t know what is. 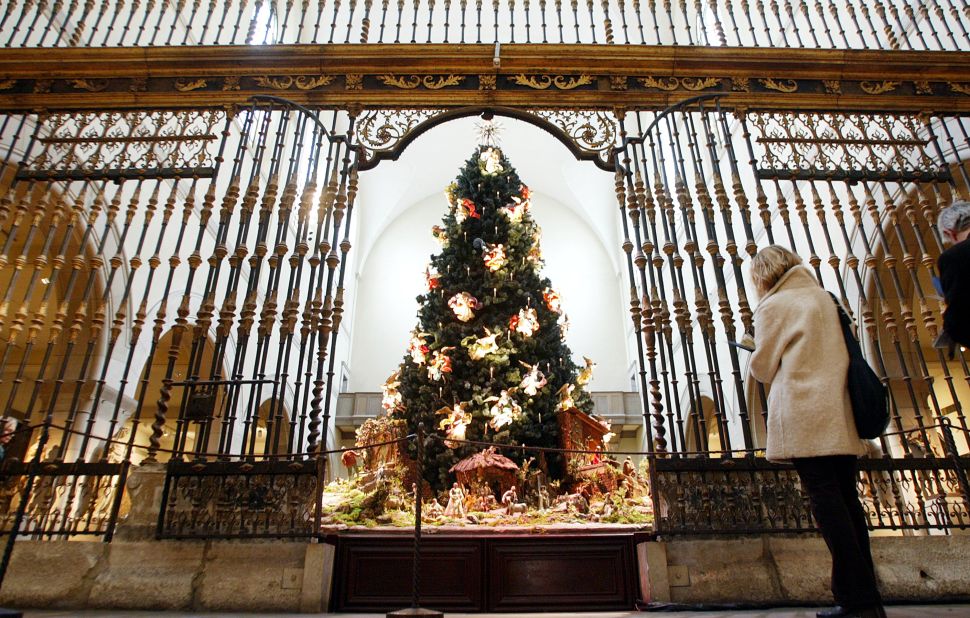