Homeland Season Five began with Carrie, Saul, and Quinn tucked away in their own private worlds. Carrie and Saul had parted ways, sending Carrie off to Berlin and the private sector while Saul followed Dar Adal around Langley. Quinn had sworn off his old life and pledged to live as a mad monk of assassination. The show seemed to be fighting with one hand tied– the chemistry between its leads has always been one of its calling cards.

In retrospect, though, the strategy of keeping everyone in his or her lane allowed each to shine. It thrust Carrie into a crisis that she had the tactical expertise to handle but perhaps not the emotional resourcefulness. Saul got to play referee and pursue General Youssef, only to be rebuked for his ambition and myopia. Quinn got to play Terminator and retain just enough fellow-feeling to stand by Carrie when she needed him. Now that all the threads have been drawn back together, though, we’ve got a bit of 24-flavored meatloaf: a ticking bomb and a ragtag band of frenemies scrambling to stop it.

We open in a Berlin train station as the terror cell arrives with their canisters of their sarin gas. Given that, at the end of “The Litvinov Ruse,” Quinn had been badly gassed with sarin but not quite depicted as dead, savvy screenwriters may now conclude with some confidence that Quinn has survived. That may only serve as cold comfort to the Berlin mass transit system, though.

Dar, Carrie, and Saul sit in the Berlin CIA station, coming quickly to grips with Allison Carr’s assertion that her Russian handlers were actually her Russian informants. Dar seems generally receptive to the notion that Allison is lying, but acknowledges that, without any proof, they’ve at least momentarily been played. He sends Carrie packing and allows Saul one more chance to wrangle Allison’s confession. Saul takes the opportunity to throw Allison up against a wall and scream at her. Meanwhile, Carrie circles up with Astrid to try to locate Quinn.

Speaking of whom, the terrorist cell is editing their video of Quinn’s poisoning. Evidently, this cell prefers a sort of “group edit,” where several interested parties gather around the editor while he’s working, rather than the more typical system of notes submitted on subsequent cuts. Neither the scene nor the footage reveal Quinn’s fate.

In other video production news, our friends at the Düring Foundation are taking a filmed deposition from one of the terror suspects recently released from German prison. Faisal is mostly bewildered and aggrieved but reveals that, in prison, he heard other terror suspects discussing a planned attack on Berlin. This precipitates a brief debate amongst the Düring Foundation crowd about the ethics of involving the authorities which Otto ends by calling his old friend Saul Berenson. Otto arranges for Faisal to be interviewed by the CIA in the presence of his attorney. In a grim bit of reality-based comedy, the black vans of the CIA later descend on the Foundation to kidnap Faisal.

The cell eventually broadcasts its threat– a demand that the United Nations formally recognize the Islamic State within the day or they will unleash their sarin, as demonstrated by their footage of Quinn. At this, everyone springs into action. Allison and Ivan confirm to Dar and Saul that Islamic State militants have recently overrun a weapons depot containing key ingredients of sarin. This revelation earns Allison the right to move freely in the station and assist in the crisis. She quickly confirms the identity of Bibi, the cell’s leader. Carrie, anguished at just a brief glimpse of Quinn’s fate, reviews the full video with Astrid in the hope that Quinn gave some sort of signal or message. He did not, but the team does set out to analyze some briefly glimpsed floor tile.

Inside the terrorist compound, the other shoe fails to drop: Quinn is still alive, if barely, and trapped inside the gas chamber while the terrorists prepare to move on the train station. The fact that he lives, though, demonstrates to the cell that one of their number must have assisted him with their atropine. Bibi conducts a quick bag check for missing atropine in order to flush out the traitor. Somehow, Qasim, Quinn’s protector, still has his injector. One of his co-workers is found with an empty bag and is summarily executed for his crime. Later, on the drive to the train station, Bibi reveals that he had already detected Qasim’s betrayal but wouldn’t punish one to whom he’s related by blood.

There exist thirty-nine buildings with floor tile matching the video that are also near locations where Bibi has used his credit card, so the race is on. Naturally, Carrie and Astrid head to the correct one, where they find one recently murdered terrorist and Quinn, whom they snatch back from death at the last possible moment. Carrie and Saul end a frenetic episode watching over Quinn in his hospital room.

Homeland has entered the final sprint of Season Five, and it’s surprising to note how little of the drama that led us here still resonates in “New Normal.” Saul is touchy about having been played by Allison, and Carrie suffers for her emotional connection to Quinn, but, by and large, the questions that have propelled the show this far have been set aside. The show has made intriguing feints in the direction of whistleblower protections, the growing refugee crisis, and the mechanics of regime change. There seems to be little room left for those themes between “New Normal” and the season finale. Allison Carr likely has a dastardly betrayal yet to deploy, and Otto Düring has a thumb drive full of classified American communiques for which he may find new uses. The universe of potential Homeland themes shrinks as it approaches its target, though, and it’s headed straight for an armed stand-off over canisters of sarin gas, a finale that would have been very difficult to predict even three episodes ago. If you don’t like the Homeland, just wait five minutes. 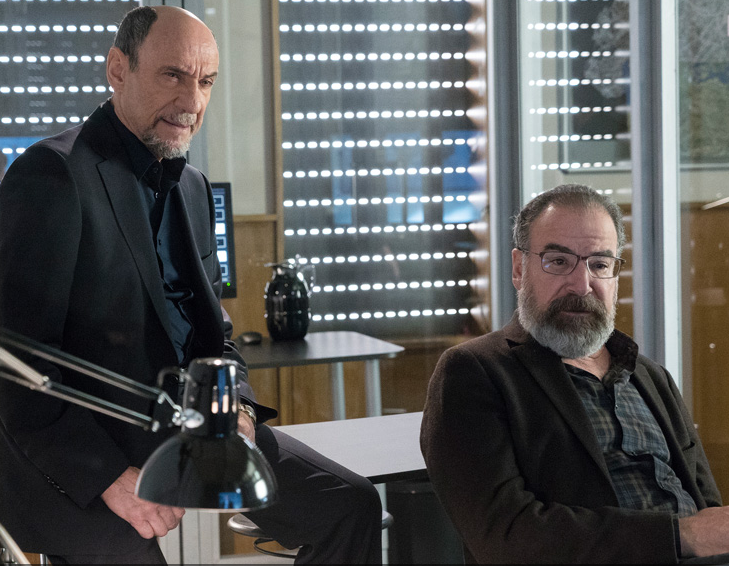