One name sums up the direction of fashion this year—Gucci. Since the Milan womenswear show in February and the change of tack taken by Alessandro Michele, the new creative director, Gucci has been on fire. After 12 years of waiting in the wings, the man originally spotted and hired for the brand by Tom Ford, stepped out. With the geeky, eclectic style so familiar to us all now, we wonder how life was before we first saw Mr. Michele’s rose-colored, dusty hues. At first, more commentators balked at the disappearance of Gucci’s sexy but much-copied look, created by Mr. Ford and handed down to Frida Giannini, than actually considered Mr. Michele’s groundbreaking contribution to the fashion house. By May though, the die was cast and the G word buzzed louder than any other. For 2016, Mr. Michele  is rumored to be inviting exciting fashion and art guests to collaborate on forthcoming projects as his star continues to ascend.

Gucci’s success caused ripples around the rest of the fashion business. Dissatisfied owners descended on design rooms, particularly in Paris, to amp up the pressure, resulting in more than a few big-name departures. Of course, with each leap—Alexander Wang from Balenciaga, Raf Simons from Dior—there were plentiful other reasons for the departures besides the success coming from Milan. For Mr. Wang in particular, the fashion community surmised it was simply a case of the designer having too many clashing creative commitments. He certainly looked lighter in spirit as he danced down his final Balenciaga runway in September.

For Alber Elbaz, departing Lanvin in October, it was a slightly different story, and who knows, he may yet return, if the staff in his studio have their way. Owner Shaw-Lan Wang, the Taiwanese publishing magnate who recruited him, was reportedly unhappy with Mr. Elbaz (rumors percolated that the designer didn’t get on with Michèle Huiban, the chief executive officer brought in by Ms. Wang) but Lanvin fans loved the generous cuts and easy-to-wear pieces. Speaking of easy to wear, Donna Karan stepped down from   her eponymous label, a momentous event for the New York fashion world. She has now returned to the luxurious layers and flattering natural fabrics for which she always retained a love, at Urban Zen.

July saw the first New York Men’s Fashion Week. Buyers from around the world descended on the city for the style fest, pioneered by John Varvatos and others who opted to show collections in the summer heat. The Rag & Bone presentation was particularly mobbed. Press and buyers alike enjoyed the chance to take an up-close look at the company’s signature basic shapes and modern treatments of traditional fabrics.

Balmain and H&M was the noisiest high-low fashion collaboration of the year, with ads featuring the year’s hottest models Kendall Jenner and Gigi Hadid dancing on a subway train. Linking up with the cachet of a designer name to boost brand-value,  not to mention sales, was quite the thing, with Giambattista Valli and 7 For All Mankind, Alexa Chung and AG Jeans, Candice Swanepoel and Mother Denim, Carine Roitfeld and Uniqlo, Lemaire and Uniqlo, Athleta and Derek Lam, Adam Lippes and Target, Kanye and Adidas all catching the trend.

Jewelry shifted back into gear come fall, with filigree rings and spidery stacks of bangles eclipsed once again by precious stones and bigger pieces. Shapes have moved away from traditional settings­—the work of Gaia Repossi (who just received an investment from LVMH), for instance, represents the new and wantable normal—but brands such as de Grisogono and Pomellato have brought colored stones back onto birthday and holiday gift lists. Jewelers, too, felt the Gucci effect. Alessandro Michele sent models out in oversized brooches, earrings and rings similar to the designer’s own signature selection of knuckle-dusting, chunky rings. The return to the idea of estate jewelry infused new interest into the vintage market, which was also tapped by big names including Tiffany. Their Dover Street Market pop-up featured pieces from the 1970s retooled in yellow gold, the perfect cool holiday gift.

Apple took the notion of fine jewelry in a different direction, with the long-awaited Apple Watch finally going on sale in April. Although fans clamored for the first wave, sales have been difficult to monitor, and the watches have disappeared off some more fashionable wrists, with some former wearers reportedly commenting that actually, the phone is easier to handle and jewelry more personal to wear.

By far the two most comfortable bedfellows of the year were fashion and art. With the opening of the new Whitney Museum in April, the two worlds came together to benefit New York City, not only through exhibitions and galas but with education, too. The new building boasts the Laurie M. Tisch Education Center, where young visitors get the chance to practice new art skills and peer into some of the creative inspiration behind the exhibits. Architect Renzo Piano starred at the opening celebrations, and collaborated with Max Mara on a specially designed bag that reflects his angular architecture for the Whitney, a new mainstay of the Hudson waterfront. 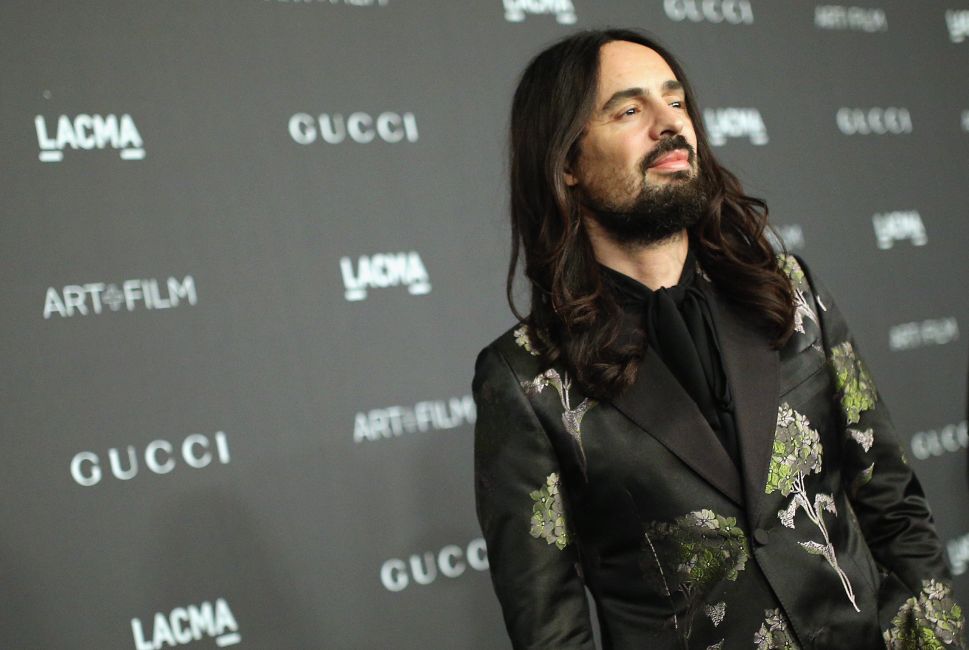