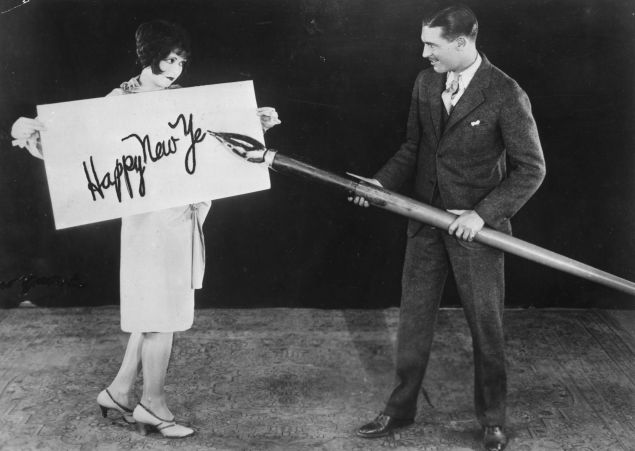 I don’t usually give thought to making New Year’s resolutions because designating merely one day a year to committing to being a better person strikes me as doing the wrong thing for the right reason. I could resolve to do the right thing, which would be to dedicate myself anew every day to being that better person (or maybe every other day), but frankly, I suspect I’d lose track either of the days or the resolutions, or both. I have a day for that: it’s called the Day of Atonement.

Caught up in the spirit of the season’s greeting cards—doves and olive branches sweetly lulled, lambs and lions lying together, candelabras aglimmer and children’s faces aglow—I thought I’d venture into the wishful world of Honorable Intentions.

Feeling seasonally and strikingly beneficent this year, my first resolution, as I see it, should be to stop being so hard on the Republicans. I’ve stated that good intention before, but run into trouble adhering to it. How the hell can I… (Oops, there I go!) My second resolution ought to be not to be outraged when they go off half-cocked and… (Breathe!) Well, after all, the Democrats have their foibles, don’t they? And while they’re not as loony as the Republicans… correction: not as oppositional… they have been known to be ornery. Not recently, not so egregiously and in no way as… (Enough politics!)

I didn’t wait to resolve not to let taxi drivers off the hook when they don’t have the manners to say thank you for a tip.

I resolve to give the gift of giving. I’m not playing with words, I mean exactly what I say and I mean to do it myself, and not just on holidays. I already put my gift where my gab is, and you can, too, via a marvelous non-profit concept, Charity Checks. You can “Teach the Joy of Giving” to children (as I did, joyfully), and do countless additional, affordable deeds with your funds that money alone can’t buy. That’s my holiday gift to you, and I’m feeling so good about it!

My mother used to say about me: What’s on the lung is on the tongue. Now it’s on the page, so, here goes! Every time something-Texan rears its oversized megalomaniacal head, I resolve to refrain from advocating we sweep Texas from the United States and let Texans clean their own house. As matters stand, seems the only thing good that comes out of Texas comes out of Texas and settles elsewhere!

I resolve to be even more outspoken about incivility at any level in any form in any part of my life or the world. Not that I’ve ever been shy about making my feelings known, merely affirming more of what I think and feel—maybe louder. As a corollary to that, urging people, as an early role-model inspired me, to say what they mean and mean what they say—certainly to me, please.

Since these are my resolutions, I’m adding a second corollary: taking people to task for using language indiscriminately, starting with words and phrases as random and far-flung and corrupted as Nazi, fascist, socialist, Holocaust, genius, populist, awesome, no problem, and—neither last nor least—the viral, “it sucks.”

I didn’t wait for this New Year’s to resolve not to let taxi drivers off the hook when they don’t have the manners to say thank you for a tip. An actress friend gets out of the taxi and leaves the door open, but she’s diminutive and adorable, so I doubt if any driver is going to come after her. But I resolved long ago not to get punched in the nose; in fact, to try to leave this world with as much of me intact as I came into it with. So, I’ve tried waiting… just waiting… until it dawned on the driver to say thank you. I’ve tried asking, “Don’t you thank somebody when they give you something extra?” I’ve tried explaining, reasonably, “You know, no one owes you anything; a tip is a way of showing appreciation for your service; a thank you is your way of showing your appreciation.” Have you noticed the change in New York taxi drivers? I haven’t either.

I’ve been mentally threatening to take matters into my own hands.

During a congenial conversation years ago, after expressing to then-mayor Rudolph Giuliani what a dreadful Taxi & Limousine Commission I thought he had, I told him: If I were mayor, I would fire the Taxi & Limousine commissioner, hire and fire the next one, then hire and fire a third one, so the man who finally got the job knew I meant business. He laughed and nodded, but he didn’t do anything. I don’t think he got it.

Since then, I’ve been mentally threatening to take matters into my own hands by having self-adhesive labels made up to slap on the back of the driver’s seat as I slipped out of a taxi without having received the merest thanks. The label would read something to the effect of: This driver doesn’t know how to say thank you. Please don’t reward him by tipping him. If you’re laughing and nodding, it’s only fair of me to admit—to you and Rudy—I haven’t done anything, as well.

I resolve to keep my resolve never to watch a reality show… or “Fox News” a second time. I resolve not to wish tourists ill when they amble idly in front of me… in Times Square… at 5 minutes to curtain time! I resolve (reluctantly) to resist the temptation to let pedestrians or bus-and-subway riders run into me while their noses are buried in their cell phones, in hopes their phones will fly out of their hands.

As a final resolution, I will abstain from calling any presidential candidate a liar—apart from Car… (Stop!)… or a charlatan—except Cru… (Hush!)… or Trumpeting…  (Do not go there!)

Looks like I’m already halfway to breaking my first resolution. 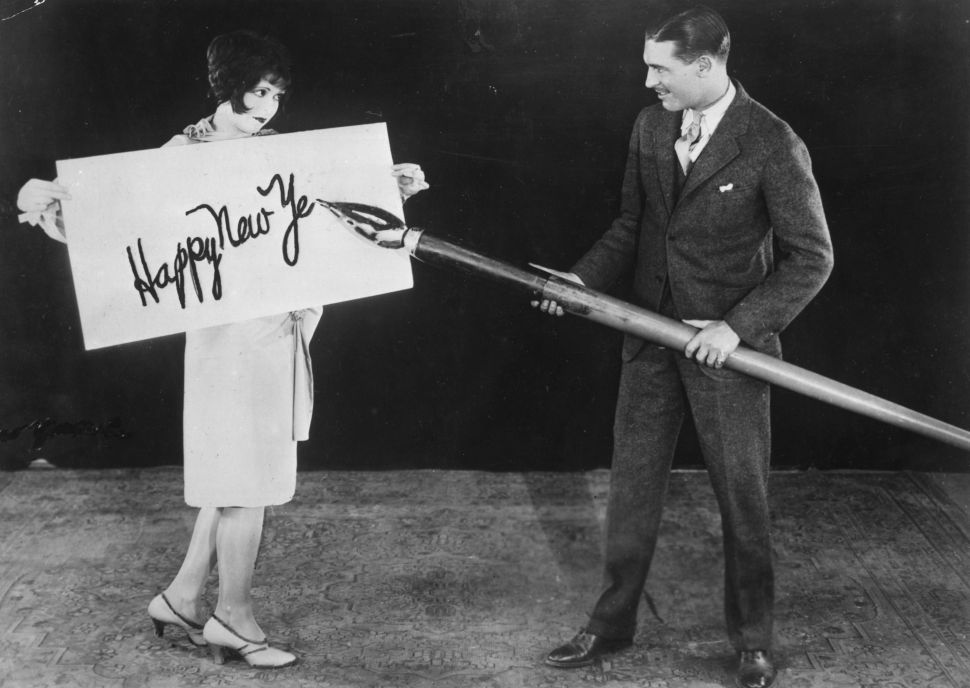