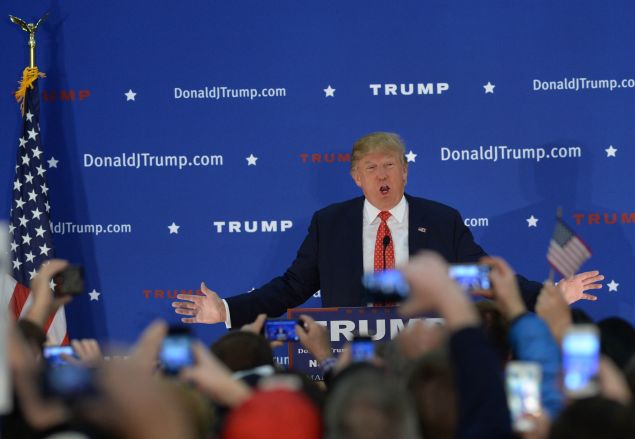 Jeb Bush, trying to gain some traction in the presidential race as a relentless Donald Trump critic, tried to tie the billionaire front-runner to President Barack Obama, insisting in a radio interview today that Mr. Trump, a Republican who once led the “birther” movement, is a “creature of Barack Obama.”

“I would argue that Donald Trump is in fact a creature of Barack Obama,” the former Florida governor said in an NPR interview. “But for Barack Obama, Donald Trump’s effect would not be nearly as strong as it is.”

“We’re living in a divided country right now, and we need political leaders, rather than continuing to divide as both President Obama and Donald Trump, to unite us,” he added.

Mr. Bush’s point, on its face, can seem absurd. Mr. Obama is a Democrat opposed to much of what Mr. Trump stands for, and the bombastic and sometimes vicious rhetoric spewed by the New York mogul is nothing like how the president, he of hope and change, communicates in public. It’s more than possible that Mr. Trump’s rise could have taken place in a world independent of Barack Obama.

But Mr. Bush, intentionally or not, highlighted an uncomfortable fact about Mr. Trump’s ascendancy in the polls—uncomfortable at least for the progressives and establishment Republicans who pray every day the Trump bubble bursts. White working class anger is the fuel of Mr. Trump’s machine, and the Obama era, when the country’s minority population continued to grow under its first black president, has been a fertile breeding ground for this genus of rage and resentment.

David Roberts, from the left-leaning Vox, and David Frum, a Republican editor for The Atlantic, each argue in different ways that the angriest slice of the electorate in America are those who believe their status is eroding the most: middle class and poor whites, especially those without college degrees. They are deeply skeptical of immigration and globalization, as well as most institutions, including government, the media and the financial industry. They are anxious that outsiders, mostly those who are not white and Christian, are taking away their jobs and making them second or third class citizens in a nation where their privilege once went unquestioned.

Economic forces are partially driving this rancor and the seeds of the Great Recession were sewn long before Mr. Obama took office in 2009. It was Mr. Bush’s brother, George, who was president that previous September when the economy crumbled. Long before then, manufacturing jobs, traditional employers of uneducated whites, had fled overseas, leaving behind hollowed out towns and cities where prospects are perpetually grim.

But Mr. Obama, despite his best efforts to be perceived as a unifying executive who could transcend partisan warfare, is presiding over perhaps the most polarized electorate of the last century. So-called negative partisanship—hatred of the other party trumping party loyalty—has ballooned under the Obama administration, as liberal Republicans and conservative Democrats alike face extinction.

Each party has alienated the white working class and poor in their own ways. For Democrats, it has been a swerve left on social issues, and relying on a coalition of younger, better educated and multiracial voters to win two national elections. “What has the Democratic Party done for poor, conservative Evangelical white people?” University of Louisville political science professor Jasmine Farrier asked the Washington Post in a story about the death of Kentucky’s Democratic Party.

For Republicans, as Mr. Frum explained, it’s been a religious adherence to Milton Friedman economics, as promoted now by the Koch Brothers and embraced as gospel in the Republican Party. The Trump fans, as Mr. Trump himself has shown, don’t all cheer on tax cuts and the slashing of government benefits.

“A majority of Republicans worry that corporations and the wealthy exert too much power. Their party leaders work to ensure that these same groups can exert even more,” Mr. Frum wrote. “Mainstream Republicans were quite at ease with tax increases on households earning more than $250,000 in the aftermath of the Great Recession and the subsequent stimulus. Their congressional representatives had the opposite priorities. ”

Mr. Roberts contends this anxiety goes hand-in-hand with racial resentment in the Obama era. “For the Americans rallying around Trump, economic insecurity is tied to the rise of minorities,” he wrote. “Traditional white, Christian, small-town, patriarchal culture, along with the high-paying jobs that sustained it, is being assaulted, invaded, corrupted by the rise of demographic groups that do not share its values and a political party that manipulates those demographic groups to further its own power.”

Mr. Bush is probably aware of this resentment, though he is not the type to articulate it directly. Since most of these would-be Trump voters lean Republican and see Mr. Obama as the avatar of multicultural elitism, they could be people who eventually end up casting votes for another Republican in the race if Mr. Trump eventually loses steam. Sen. Marco Rubio of Florida, seen as a favorite of the establishment now, has spoken about Americans with “traditional values” who “feel out of place in our own country.” Sen. Ted Cruz of Texas, a hard line conservative, has appealed more aggressively and directly to this bloc.

Whether this anger will ever translate to more than sterling poll numbers for Mr. Trump remains to be seen, since no one remotely like him have ever won a presidential nomination. What is becoming more clear, however, is the staying power of these grievances, which are likely to last as we edge toward a majority minority future. 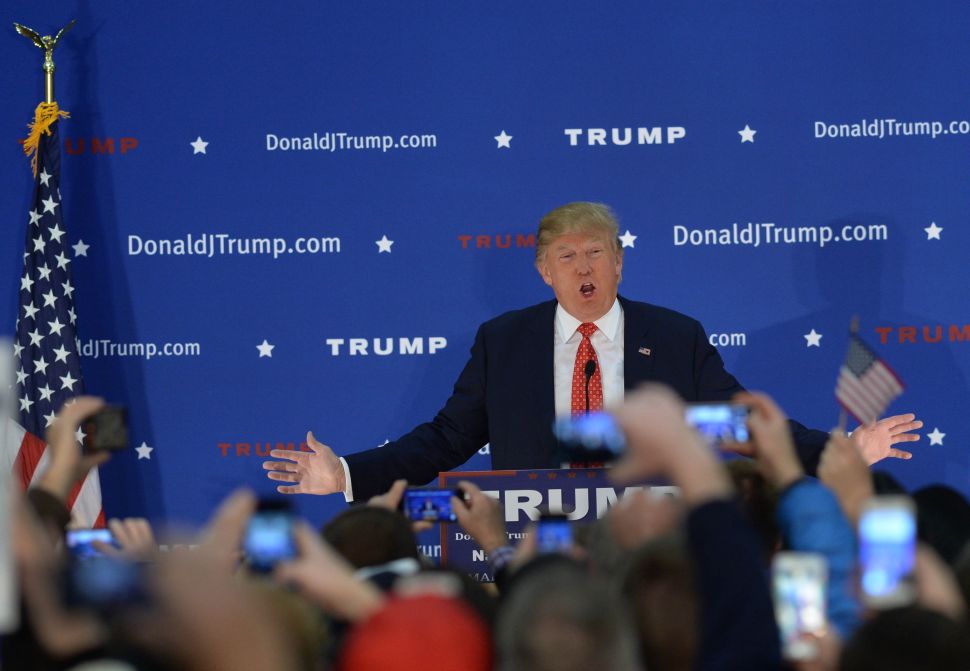