I was just starting to do television, because I was on the sitcom Suddenly Susan in the glory days of NBC’s Thursday night lineup—Seinfeld, ER… Lifetime was doing some charity special at the time and every charity event needs the funny girl, the singer, the pretty girl, the athlete and the movie star—it’s kind of like Gilligan’s Island. I was about to do a three-minute set, and I remember being backstage; all these celebrities were there and I was very intimidated. And then Sheryl Crow just walked up to me and said, “You’re on the show with Brooke Shields, right?” and I said, “Yes, Sheryl Crow!” and she said “Tell her I said ‘Hi; she’s such a nice girl.’ ”

She will give it her all whether at a sold-out show at the Hollywood Bowl or at a state fair where she had to co-headline with Kid Rock with his stupid Confederate flag.

I next time I saw her I was by myself, standing in the popcorn line at the movies. And I see her and fucking Owen Wilson, who she was dating at the time, walk in. Even though everyone’s jaded in Hollywood, still I was like, “Holy shit, there’s Sheryl Crow and Owen Wilson!” I was learning that celebrities who have said hello to you once might not do it a second time. They took their seats and then she came back out to the popcorn line, and said, “Hey Kathy, how’s it going?” I know that sounds small but she was the first celebrity to treat me like a human being and not like I had Ebola.

When I would run into her occasionally, like on the red carpet at the American Music Awards, I would ask her about a certain song, and she would be like, “Wow, you really know the B-sides!” and I’d say, “Oh, I am a super-fan, I have lyrics that I live by.”

I can quote them right now, to the point where I sound borderline stalker. She has one song called “Riverwide,” and there are lyrics I remember all the time:

Tell ma I loved the man

Even though I turned and ran

Lovely and fine I could have been

Laying down in the palm of his hand

That’s kind of how I feel about guys! I can’t live this life and lay down in the palm of some guy’s hand.

I love and respect that Sheryl writes her own stuff—doesn’t happen a lot. That’s a big part of what being a true star and a true talent is: writing your own songs, and she can sing them alone acoustically or she can have an orchestra backing her at the Hollywood Bowl.

I’ve seen her live probably five times. She will give it her all whether at a sold-out show at the Hollywood Bowl or at a state fair where she had to co-headline with Kid Rock with his stupid Confederate flag, which Sheryl—I’m pretty sure—is diametrically opposed to.

We talked about how you give 110 percent every show and that’s all there is to it. 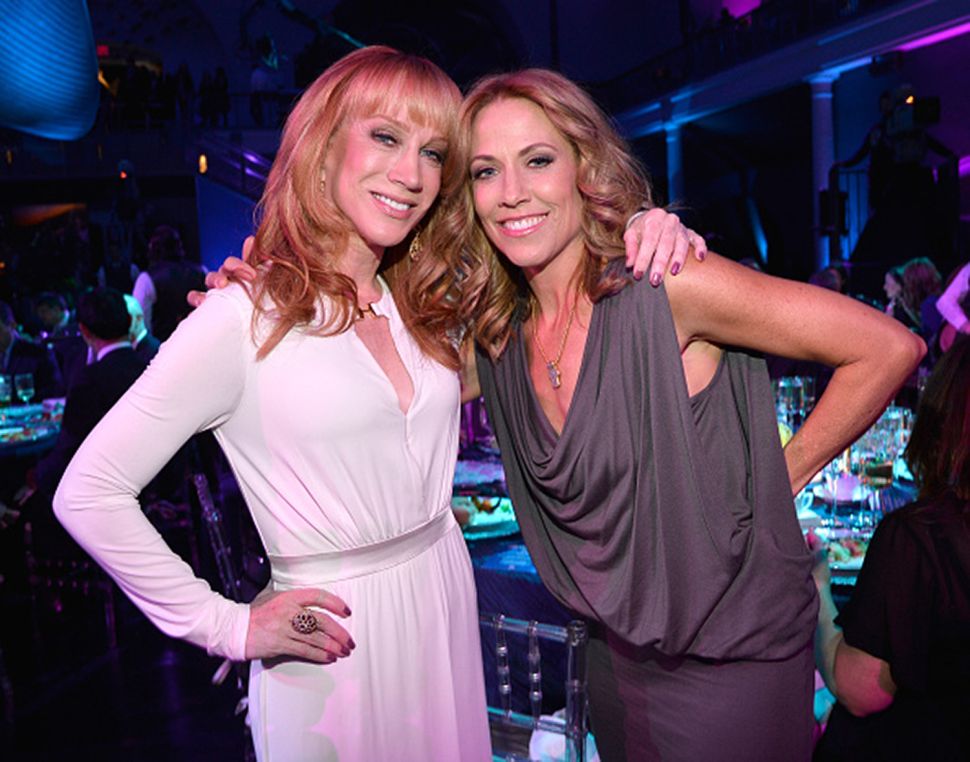