On Monday, Mark Lagerkvist of Watchdog New Jersey announced that the website’s parent company, the Franklin Center for Government and Public Integrity, had terminated his contract “without cause” as allowed by his contract.

According to Watchdog.com editor and Vice President of Journalism for the Franklin Center Will Swaim, the termination comes down to a lack of funding.

“We think Mark is a wonderful journalist and we are looking for funding in New Jersey to support that kind of work,” said Swain.“We look for funding to support our state efforts, that is how our website works. We have some general funding and then we look for very local funding.”

According to Swaim, though New Jersey Watchdog will not be publishing any pieces for the time being, the website itself will not be terminated in the hopes of locating a funding source.

“We have a beat on a couple of opportunities and we are looking forward to working with Mark again very soon,” said Swaim. He provided no timeline on when the site was expected to start generating content again.

According to Lagerkvist, the termination is a “blow to public service journalism in New Jersey, particularly as many legacy and mainstream news outlets continue to downsize their operations and steer away from in-depth stories.”

“I hope there will be other news outlets willing to step up to the plate on behalf their readers and viewers,” Lagerkvist said.

For now, Lagervist said he doesn’t know what his next step is.

“I don’t know what my future holds,” he said. “What I do know is that I want to continue my work as an investigative reporter, preferably in New Jersey. Let’s see what happens.” 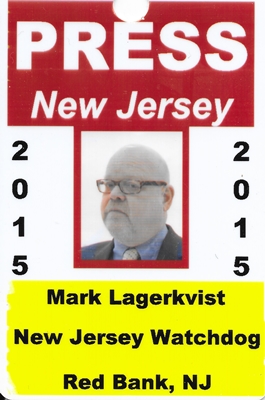