I just did the “I don’t know which way I’m going dance” with DiCaprio at the Art Basel Miam Beach art fair.

He had a posse of like 10 dudes with him and was chatting up a storm with what appeared to be an art advisor.

I had just finished shoving a bagel in my mouth and stepped out into the fair aisle when he came barreling towards me saying something akin to “Oh yeah I really liked that one!” to his companion.

He moved too fast for me to grab him, and sort of stunned me with his good looks and golf hat.

He’s  really quite svelte these days–but shorter than I’d expected. 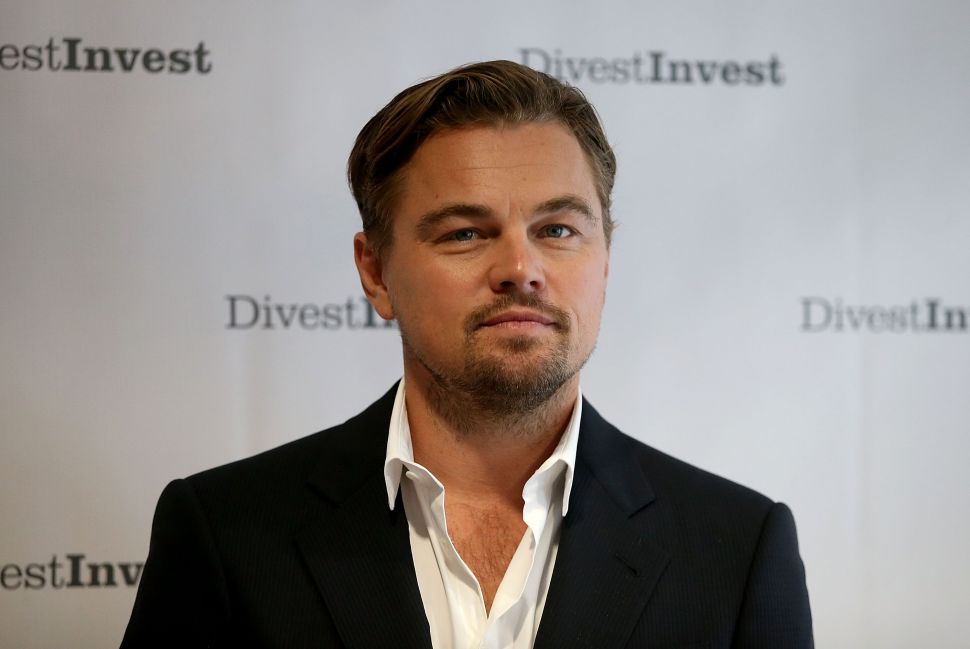