Perth Amboy Councilman Fernando Gonzalez told PolitickerNJ that he “most likely” will throw his name into the 2016 mayor’s race as a challenger to current mayor Wilda Diaz.

Though the two were initially allies when they were elected for mayor and council in 2008, things have soured. Gonzalez claims that being mayor and the “power and money” that followed Diaz’s election has gotten to the mayor’s head, making her election to a third term unwise. Additionally, Gonzalez said that Diaz’s decision to run goes against her campaign promise when she pledged that she would only pursue two terms in office.

“I ran with her when she originally won,” said Gonzalez. “The reality is that based on my analysis, two terms is as long as anyone should be mayor due to the fact that power and money get into people’s heads and they are no longer the same person that ran originally.” To support his point, Gonzalez referenced a 2013 incident that came to light in March where Diaz had a police officer drive her to Brooklyn to attend the wedding of a Perth Amboy volunteer Police Chaplain.

“There is no question that Mayor Diaz has served her purpose from transition,” said Gonzalez about Diaz’s defeat of incumbent Joseph Vas in 2008. “She must accept that reality and move on. As for who should be the next mayor, let the community decide. I will more than likely throw my name in. If not, I will consider supporting someone else but it will not be Mayor Diaz.”

According to Gonzalez, Diaz’s focus as mayor has been too centered on raising the city’s credit rating, and not enough about making the city affordable for residents.

According to Diaz, however, her administration has both boosted the credit rating and also made the city more affordable.

“When the state of New Jersey’s credit rating has been a negative credit rating, ours has been going up in the city of Perth Amboy,” Diaz told PolitickerNJ. “I guarantee that when I first came in here they didn’t look at Moody’s. We were in the negatives.”

Diaz  mentioned new affordable housing and senior housing that has been built in her term as examples of Perth Amboy’s increasing affordability under her watch. She also stated that there had been no tax increase in the past two years.

Diaz said that her decision to “definitely” pursue a third term comes as a result of wanting to see the things she has worked to bring to Perth Amboy “come to fruition.”

“The first four years of my administration were about cleaning up the mess we were left with,” Diaz said. “The debt that the city had—which was well documented—and the fact that we had to clean up the corruption that was taking place. For four years my first term was cleaning up a mess. This last term has been all about planning and now execution of the plans. I believe in what I have created for the city of Perth Amboy because we have redevelopment. These are companies that are hiring people from our community.”

Development in Perth Amboy is currently booming and Diaz said that leaving office would impede the progress she has made.

Gonzalez said that if he does decide to run, he will likely announce his intentions in January or February.

Diaz said she welcomes Gonzalez to the race. 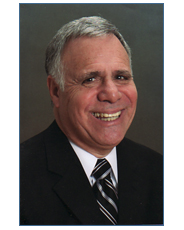