The book is one of first complete editions of the Babylonian Talmud, all printed by Bomberg in the 1500s, of which only 14 copies survive.

The sale was the first of a series at Sotheby’s of the Valmadonna Trust Library, a collection of Jewish texts assembled by diamond dealer Jack Lunzer and his wife. The Bomberg Talmud was the cornerstone of the Valmadonna Trust. (It is named for a city in Italy where Mr. Lunzer’s wife has relatives and where some of the first Jewish manuscripts they collected came from).

The Bomberg is a rarity at auction, Jonathan Greenstein, president of J. Greenstein & Co., an auction house dedicated to Judaica, told the Observer. “It is in the top five rarest pieces of Judaica to come to auction in the last 20 years,” he said. “It is very early and important.”

The record previously for Judaica sold at auction was the $3.8 million sale of a Hebrew Pentateuch printed in Bologna in 1482, by Christie’s Paris office, in 2014.

“The antique Judaica market has never been stronger,” Mr. Greenstein said, due to “a renewed demand as people have [growing] interest in their history and heritage.”

The Bomberg Talmud buyer, Mr. Black, also owns Edvard Munch’s The Scream, for which he reportedly paid nearly $120 million in 2012, and is an avid collector. (Sotheby’s could not confirm Mr. Black purchased the Talmud and a call to his firm, Apollo Global Management, was not returned).

But this Talmud has an exciting back story even aside from the fact that it is one of the earliest and rarest prints of a holy text. Mr. Lunzer initially spotted pages from a Bomberg Talmud mislabeled in the Victoria and Albert Museum in 1956, according to Tablet magazine. They were on loan from Westminster Abbey, which Mr. Lunzer then soon discovered had a complete Bomberg Talmud, “hidden for centuries behind layers of dust.”

For years the diamond dealer begged the museum to sell him the Talmud, but they resisted, saying it was not for sale, for more than 20 years. Finally, Mr. Lunzer arranged an exchange they could not refuse: in 1980, he traded the Abbey an authentic copy of its own charter, dating to the 11th century, for the Bomberg.

“After being in Westminster Abbey for 400 years,” said Mr. Greenstein, the Talmud is “just something it’s good to have back in Jewish hands.” 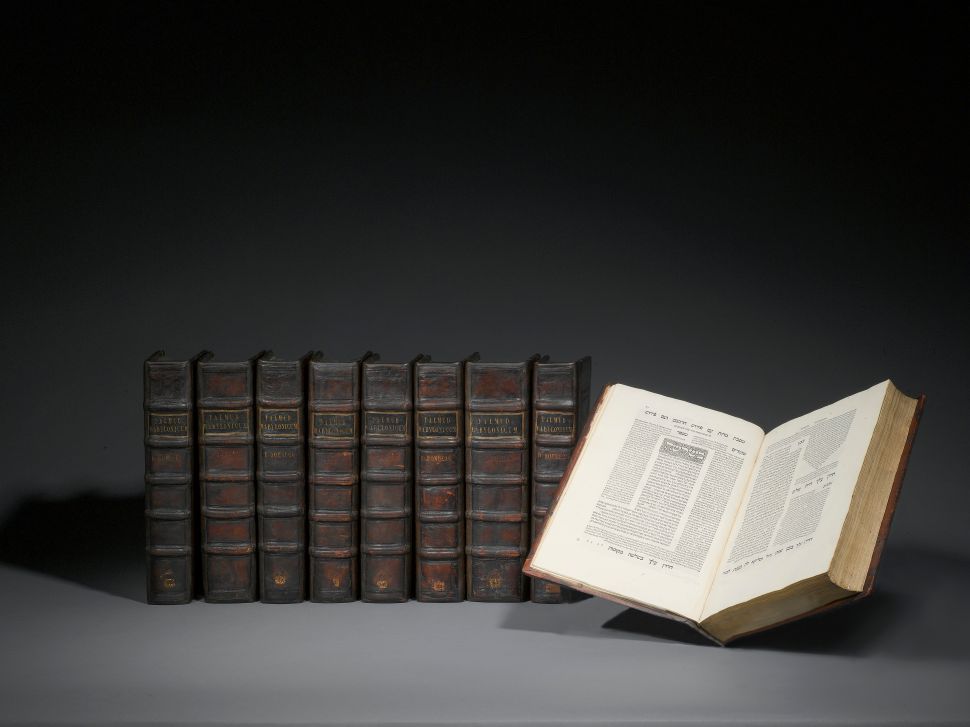