If you feel a pang of recognition during Making a Murderer‘s opening, don’t adjust your volume; The theme for Netflix’s ten-part series bears more than a passing resemblance to that of HBO’s fantasy-epic Game of Thrones. And maybe that’s appropriate. Both series are draining, and heavily feature murder, rape, conspiracy and just a general sense of nihilism hanging over the entire process. The difference, the key difference, is that Making a Murderer is shockingly, disturbingly, infuriatingly a true story that took place in Wisconsin between 1985 and the present, and let me tell you—it’s devastating.

First, the facts: Steven Avery of Manitowoc County, Wis. was convicted of rape in 1985 and sent to prison, until DNA evidence exonerated him after 18 years served. Two years later, Mr. Avery was arrested again, this time saddled with the murder of 25-year-old photographer Teresa Halbach. The problem? Well, everything. As the trial continued, it seemed more and more likely Mr. Avery was, at the very least, on the wrong end of some shoddy police work. At the very worst, the murder of Teresa Halbach starts to look like a genuine frame job, a slippery slope that leads to a grand conspiracy by the Manitowoc sheriff’s department against Mr. Avery, one so sprawling and corrupt it would put True Detective first season to shame.

For better or for worse, Making a Murderer is not Serial. It is not The Jinx. That podcast, and that HBO doc inspired a trend in which true crime became an event. As disturbing as this ultimately sounds, true crime became “fun.” Groups organized breakfast listening parties to celebrate Serial’s season finale—a season, I repeat, that centered on the brutal murder of a high school girl. Amateur detectives made a hobby out of scrutinizing the details of Adnan’s case. Reddit nearly exploded. The Jinx‘s season finale, where Mr. Durst appears to confess to a number of real-life murders, was treated no differently than the season finale of, say, The Good Wife. Viewers were actually upset the police arrested Robert Durst, because it was a spoiler.

There is nothing “fun” about Making a Murderer. Where Serial was guided along by the calming voice of Sarah Koenig and the charismatic Adnan Syed, and The Jinx had a villain straight out of a Marvel movie in Robert Durst, Netflix’s foray into true crime has nothing but a cold Wisconsin, a junk car yard and utter hopelessness. When Netflix first released the trailer, I called it “Serial You Can Binge-Watch.” Please, don’t binge-watch Making a Murderer. Out of necessity I powered through all ten episodes, and spent the rest of my night staring out a window at the rain. Making a Murderer doesn’t send you off to the Internet to discuss the details. It doesn’t inspire fevered speculation. Forget Ryan Murphy; this is an actual American horror story, and what it does inspire is fear. Namely, fear of an easily manipulated justice system, a nagging voice that says repeatedly “that could be me.” Steven Avery’s defense lawyer Jerry Buting sums it up toward the end: “We can all say we will never commit a crime,” he says. “But we can never guarantee that someone will never accuse us of a crime. And if that happens, good luck in this criminal justice system.”

Making a Murderer might as well have come sans soundtrack, because the only sound you’ll hear is your own voice, constantly saying out loud, “Oh, come on!” It is a long, frustrating process, and I’m not sure what point is the most infuriating. Is it episode one, which covers the initial sexual assault case, where there is no speculation or doubt? You know Mr. Avery is later exonerated, and you’re actually watching an entire county’s police force mangle, stumble and completely botch an investigation. (A lot of people come off bad in Making a Murderer, but perhaps no one as comically so as Chief Deputy Eugene Kusch, who framed the original, completely biased sketch that sent Mr. Avery to jail for 18 years like a proud child putting a drawing on the fridge). Or maybe it’s the lack of physical evidence tying Mr. Avery to the murder of Teresa Halbach, and the breaking of pretty much all protocol by Manitowoc’s police department in obtaining any evidence at all.

Strangely, the most tragic figure in all of this isn’t Mr. Avery, it’s his then-16-year-old nephew Brendan Dassey. Mr. Dassey became a key figure in the prosecution’s case after the high school junior gave a statement saying he not only walked in on Mr. Avery standing over Ms. Halbach chained to a bed, but then participated in the woman’s rape and eventual murder. It seems pretty cut and dry until you get to the end of episode three, which is as horrifying and haunting as any piece of television in years. With nary a parent or lawyer in sight, investigators Mark Wiegert and Tom Fassbender take Mr. Dassey out of school and get a confession so coerced it’s actually sickening. It’s all filmed, so we get to watch as a 16-year-old with an IQ of 69 throws his life away completely because he’s too intimidated to tell the truth.

Or, of course, there’s the flip-side, which is the most troubling aspect of Making a Murderer. It brings to light the problem with our newfound obsession with “fun” true crime. What if it really is simple…what if they all really did it? What if, in the winter of 1999, Adnan Syed strangled Hae Min Lee outside a Best Buy? What if Robert Durst, against all odds, is just a mentally unstable and incredibly unlucky old man? What if Steven Avery and his 16-year-old nephew are just monsters, and they chained Teresa Halbach to a bed, then raped and killed her? What would it say about the way narratives are told? About TV in general? About the constantly shrinking gap between “entertainment” and “real life?”

What does it say about us, about me, that we’re all as easily coerced by a cleverly framed documentary or podcast as Brendan Dassey was by the police?

Making a Murderer is not pleasant. There were moments I actually went to recommend it to friends and family, then stopped myself. Do I want to put people through this? But it’s almost mandatory viewing at this point. True crime is a look into events that ruined lives, took some away completely. It doesn’t belong on Reddit boards, or Twitter. Shit, I don’t even know if it belongs on Netflix. But it definitely has its place. Maybe we shouldn’t be so surprised this place isn’t a pleasant spot to spend 10 hours. 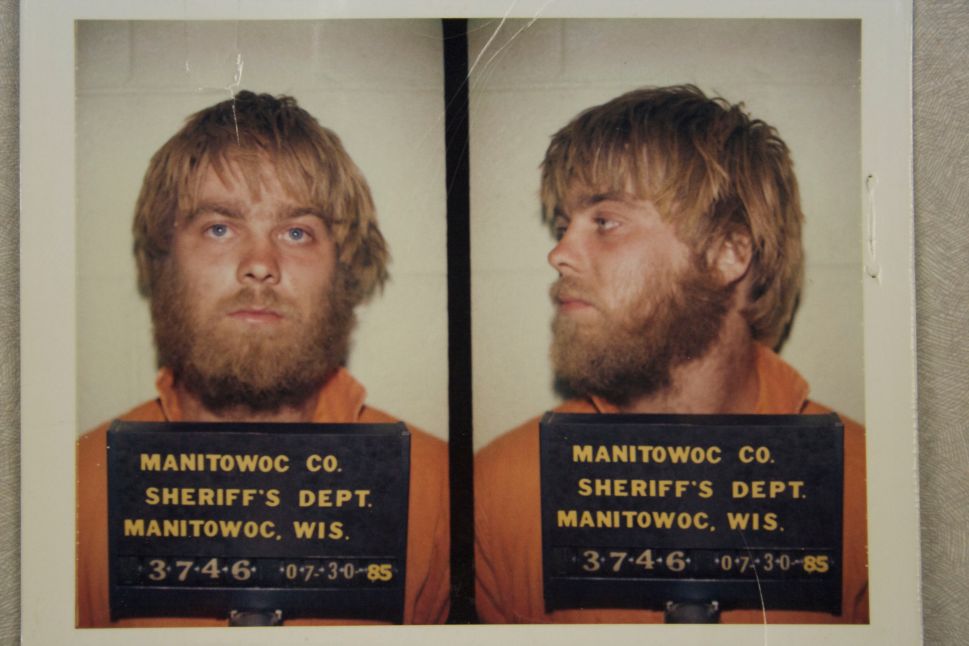