Making a living in the Big Apple is hard enough—but making one as musician is even harder. Sure, the lifestyle has been been portrayed in countless shows (such as Denis Leary’s new FX drama, Sex&Drugs&Rock&Roll) and movies (2013’s Inside Llewyn Davis among the many). But what is it actually like trying to cut it as an artist in New York? We asked three of the city’s most promising unsigned acts to discuss the ups and downs of pursing their craft in the city that never sleeps. From those late nights lugging equipment through the subways to those classic New York moments that make it all worth it, here are their stories.

Sammy Miller and the Congregation

“Performing has always been a part of what I did, even right when I was starting out at 5 years old,” notes Sammy Miller, a native of Los Angeles who’s currently attending Juilliard by day and gigging around New York at night with his jazz group, Sammy Miller and the Congregation. “In my mind the greatest of jazz is accessible, inclusive, and fun. This doesn’t mean we pander to anyone—we don’t do that.” A regular act at Lincoln Center’s Dizzy’s Club Coco Cola, Miller and his bandmates have taken their unique show—a upbeat and peppy combination of jazz covers and original—across festivals and venues across the nation. However, it’s the places in New York the group performs at that, according to Miller, have “fostered the environments in which we’ve been able to develop our musical concepts.”

The downright difficulty of traveling from gig to gig with their bulky instruments winds up actually helping shape the Congregation’s sound. (Just imagine conquering a couple dozen subway stairs holding a trombone.) “It’s given us the ability to play with the most minimal set-up, sometimes only using what we can bring with our own two hands,” he explains. “After gigs when we’re on the 1 train and it’s moving slowly uptown, we’ll often take out our instruments and play. That’s always a delight.”

Since coming together as a band in the spring of 2013, Harlem-based Fort Vine—which includes frontman Trevor Tunsion and keyboardist Nyna Nelson—knows all too well about the rigors of following their musical dreams in New York. “Trevor and I met when I moved in to his apartment, just by random happenstance—or fate, depending on how you look at it,” explains Nelson of how the act, named after an actual uptown tree fort near the Hudson River, came to be. Since their humble beginnings, the group’s sound has slowly evolved- from atmospheric folk, to Fleetwood Mac-ish pop and throughout the intervening years, the group has performed everywhere from Greenwich Village’s Rockwood Music Hall to Central Park’s Naumburg Bandshell. Of course in between there are the gigs they’d rather forget. “Once we booked a folk show in a Queens dive bar,” remembers Nelson. “We had to pay for a cab both ways because it was too far away from the subway. Once we got there the inside of the bar looked like a dungeon. We preceded to play our set for two of our friends, a rowdy family supporting one of the previous folk acts and three locals sitting far away. The cherry on top was that it was a $10 cover, unbeknownst to us.”

The band is truly a grassroots effort and, like many hustling in the big city, are always experimenting with novel ways to get by and unleash their music to the masses. A recent project, dubbed A Song a Day in the Month of May, saw them write, record, mix, and make a video for an original track daily for the entire month. “That was probably our biggest accomplishment so far,” says Nelson of the unique idea to expand their fanbase, noting that some of their daily efforts, including the catchy “Late at Night,” have even started to get indie radio play. According to Tunison, it’s projects like that which make it all worth it for the gang. “Sometimes it’s tough getting to gigs- from hauling our equipment down a mysterious number of city blocks, to twisting through a turnstiles and shoving ourselves onto crowded subway cars,” he notes. “When we make a little money at a show, we treat ourselves to a cab ride home and break even.”

Made up of a bunch of swingin’ 20-somethings, the Rad Trads are the quintessential Big Apple act- in the sense that most of them got together back in 2009 while attending New York University. “We first wanted to play our favorite beer hall in Brooklyn and we thought we’d play some traditional jazz music, with upright bass and soprano sax,” explains John Fonseca Fatum, a drummer, vocalist and songwriter for the group, who can regularly be seen at Williamsburg’s Radegast Hall. “We’ve gone a lot more electric since then, but the spirit of playing an a rowdy beer hall with a lot of college zeal will always be with us! ” Their shows are an wildly energetic mix of swing with a dash New Orleans flavor—but then again, they’re hesitant to pigeonhole their sound. “It’s wall of color and personality that is unique to this specific group of people,” says “Tall” Sam Crittenden, the group’s resident trombonist. “As a result, I think 10 different people would have 10 different answers to the question. Personally, that’s one of the things I find to be special about (us).”

The key to the group’s longevity and drive to continue progressing lies in pursuing their craft for what Fonseca says are the “right reasons. We genuinely love playing for people,” he says. “This year we’ve performed for as many as 7,000 to as few as four or five people at a time. We play music because it connects us together, to ourselves, and to our audiences- not because we’re trying to be famous.” It’s that passion that continually pushes the group, who recently returned from a tour in Europe. “We are at a beautiful moment,” says trumpeter Michael Fatum. “We are still young and still only starting to bloom.” As for their favorite place to place in New York, that distinction, says Crittenden, belongs to Williamsburg’s Baby’s All Right. “To me, that venue is one of the “Goldilocks” venues of NYC,” he says. “It’s big enough that you can pack it and the band can really rip without worrying about blowing out the house. But it’s still small enough that whether it be through playing, singing, dancing, or the occasional parade, it’s easy to connect with everyone in the room.” 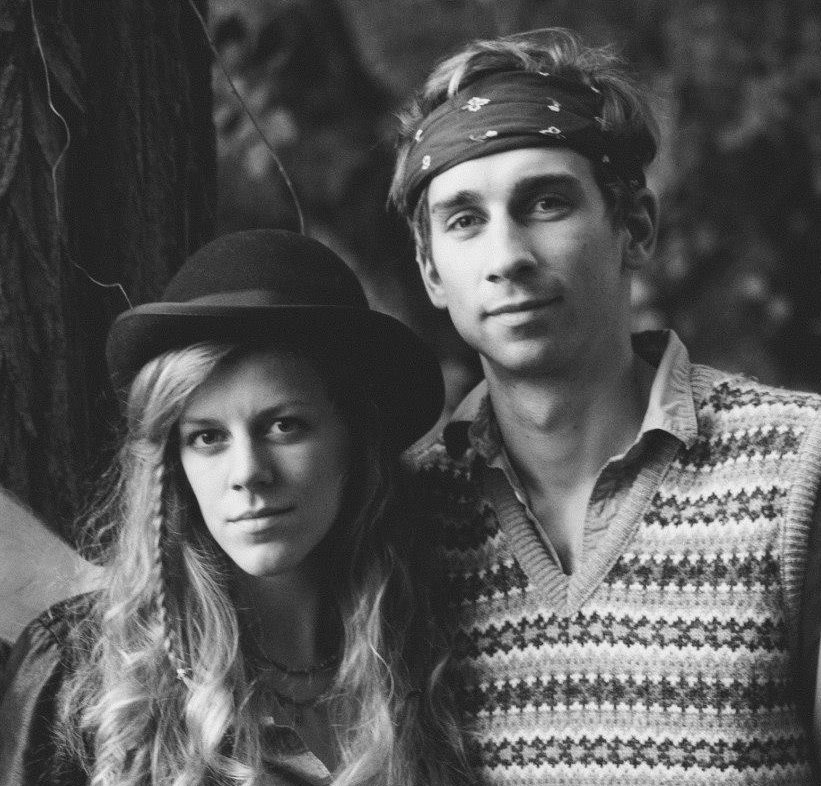