New York, a deep blue state with a relatively late election date, doesn’t typically play much of a role in the Republican presidential primary. But with the help of his state chairwoman, Staten Island Assemblywoman Nicole Malliotakis, Sen. Marco Rubio of Florida has quietly been moving to win the Empire State.

Ms. Malliotakis announced a range of endorsements from elected officials and party leaders across the state this morning, promising that Mr. Rubio will have plenty of official backing in New York. Several Long Island lawmakers, including State Senator Phil Boyle, and party leaders in the five boroughs are now on Team Rubio. (Assuming his Conservative Party backers are not registered Republicans, they will not be able to vote for Mr. Rubio in the primary.)

“There is strong support across New York State for Marco Rubio’s vision and plan to achieve a job-creating economy, strong national security, and preserve the American Dream,” said Ms. Malliotakis. “Marco’s consistent performance in the debates, along with his unique depth of knowledge about foreign affairs and national security issues, make him the clear choice to unite and represent the Republican Party and, ultimately, defeat Hillary Clinton next year.”

As a candidate well-liked by the GOP establishment, Mr. Rubio has a decent chance of winning over moderate voters in New York who cast their ballots for Mitt Romney in 2012 and John McCain in 2008. Donald Trump, the billionaire celebrity currently leading in the polls, is a New York City native, though his appeal rests more with hard-line conservatives beyond the state.

If the fears of the Republican National Committee come to pass, New York’s electoral votes could end up mattering more than usual. With the ascendance of Mr. Trump and several other viable contenders, including Mr. Rubio and Sen. Ted Cruz of Texas, a chaotic, drawn-out nomination fight is now a possibility.

View the full list of Mr. Rubio’s endorsers below:

Disclosure: Jared Kushner, the publisher of Observer Media, is the son-in-law of Donald Trump. 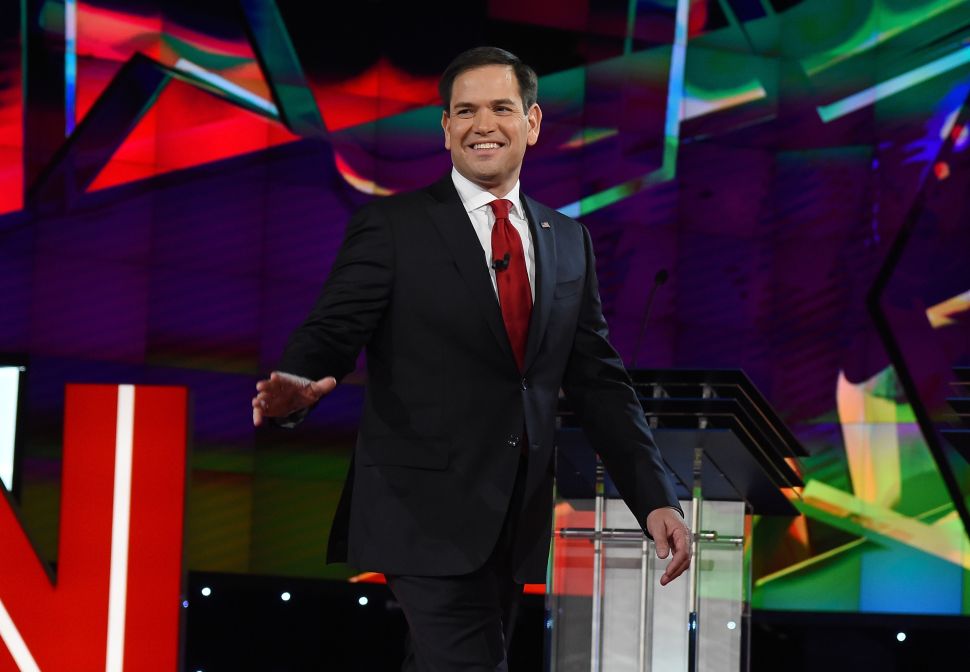