Even before today, Turing Pharmaceuticals CEO Martin Shkreli was not a popular guy. In August, shortly after his company acquired the drug Daraprim, which is used to treat malaria and other infectious diseases, he raised the price from $13.50 a pill to $750 a pill. Not surprisingly, the move was widely condemned by doctors and presidential candidates.

But this morning, criticism of Mr. Shkreli began anew when Bloomberg Businessweek revealed that he had bought the only available copy of the Wu-Tang Clan’s latest album, Once Upon a Time in Shaolin, for $2 million. The  31-track album, a single-sale collector’s item reportedly featuring Cher, was compared by group member RZA to “the scepter of an Egyptian king.”

Paddle8, an online auction startup, was hired to handle the bidding. A group of fans also started a crowdfunding campaign to ensure that the album would go to a music fan rather than a random millionaire, but the Kickstarter was a non-starter. Except for a 13-minute excerpt played at an invite-only reception in March, the album has not been publicly heard.

Although the sale was negotiated in May, the buyer wasn’t made public until today, when news broke that it was Mr. Shkreli. The revelation did not play well on social media:

Idea: Kickstarter to name a strain of venereal disease after Martin Shkreli.

You would think Martin Shkreli would be the one person who would be able to identify when something has been grossly overpriced.

Disappointed Martin Shkreli is trending and it has nothing to do with him being beaten senseless by an angry mob.

RZA told Bloomberg that the group would give most of the proceeds from the album’s sale to charity.

Mr. Shkreli did not display any remorse about his purchase—in fact, he told Bloomberg that he was inspired by the Wu-Tang Clan classic “C.R.E.A.M. (Cash Rules Everything Around Me).” He went on to call anyone who criticizes his purchase of the album is a hypocrite.

“At the end of the day, they didn’t buy the last album or the one before that, and all they had to pay was $10,”said Mr. Shkreli, who also owns Kurt Cobain’s Visa card.

The Bloomberg story ends with a tidal wave of excess, as Mr. Shkreli prepares for the Turing Christmas party, which will feature a performance from Fetty Wap.

Even though Mr. Shkreli has owned Once Upon a Time in Shaolin since May, he said at the party that he hasn’t yet gotten around to listening to the expensive album.

“I think I’m going to kind of save it for a rainy day,” Mr. Shkreli said.

Spending $2 million to not listen to something that nobody else can ever hope to hear is kind of the ultimate troll move. 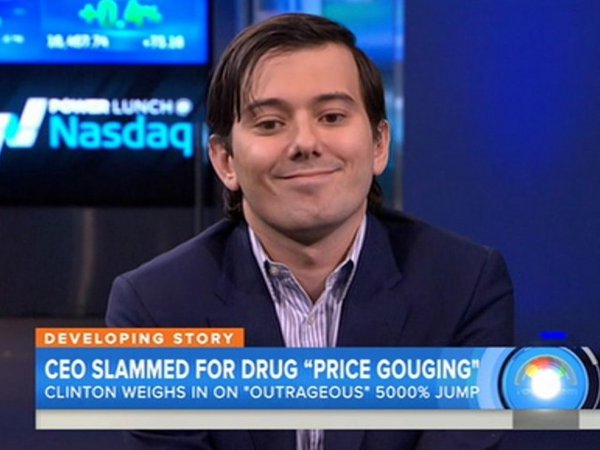