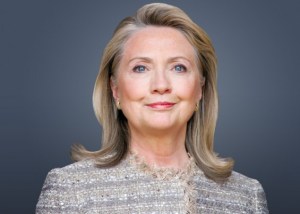 Hillary Clinton’s substantial lead over Bernie Sanders in the latest national Monmouth University Poll is basically unchanged from October.  Most Democrats and Democratic-leaning voters would be satisfied with Clinton as the nominee, even if they are not currently supporting her in the party contest.

Clinton currently has the support of 59% of Democrats nationwide, which is similar to the 57% support she held in October right after the first debate.  Sanders gets 26% support, which is basically unchanged from his 24% support two months ago.  Martin O’Malley has 4% support, up from 1%.

“Clinton successfully ran the gauntlet this fall, appearing before the Benghazi Committee and outlasting the specter of a Biden candidacy. She really hasn’t lost ground since then,” said Patrick Murray, director of the independent Monmouth University Polling Institute in West Long Branch, NJ.

Four-in-five Democratic voters would be either enthusiastic (22%) or satisfied (58%) with Clinton as their party’s nominee.  Just 11% would be dissatisfied and only 5% would be upset.  Even a majority of Sanders supporters (59%) would be okay if Clinton ultimately won the nomination over their preferred candidate.

A Monmouth University Poll released Monday found Republican voters are much more likely than Democrats to name national security (57% compared to 36%) and immigration (25% compared to 7%) among their top two issues.  However, GOP voters are less likely to say the same about education (8% compared to 32%) or gun control (9% compared to 20%).

The Monmouth University Poll was conducted by telephone from December 10 to 13, 2015 with 1,006 adults in the United States.   This release is based on a voter sample of 374 registered voters who identify themselves as Democrats or lean toward the Democratic Party.  This voter sample has a margin of error of +5.1 percent.  The poll was conducted by the Monmouth University Polling Institute in West Long Branch