Others will write of his darkness. I want to speak of his light, that Diamond Dog Astronomy Domine Mystery Tour light that was alive in his music and sometimes his eyes. I am not interested in cause of death, because I saw the lightning he was capable of in life.

He sits in a chair in my office. My office is on the eighth floor of a blunt white building that stands where Sunset makes a turn toward the sea, where the strip ends and Beverly Hills begins. He sits across from me, all right angles creased and gathered into an office chair, drinking Marlboros and stammering in anticipation.

I am an A&R person for a major label. It is 1997, and I am going to help Scott Weiland make his first solo album. He is here to play me his demos.

His body folds and unfolds, moving like a Thunderbird puppet. His deeply alive rockstar eyes stare through me, those eyes that sit so far back in their sockets that they seem to reveal all the possible combination of darkness and light behind them. With child-like excitement he slides a cassette tape over my desk. It’s contained in a hand-drawn sleeve, baroque and psychedelic.

I put it in and turn it loud; he turns it louder. The room fills with blue smoke and bright, amazing, silvery, slutty, psychedelic music. These could be the best demos I’ve ever heard. The sound and the songs are extraordinary, clumsy and precise high-pop that sounds like Neil Innes channeling the Move via Suicide, Mott the Hoople recording Magical Mystery Tour, Gavin Friday recording with Oasis, Redd Kross suffering on the Cross. Scott is reaching for some kind of strange space-age buzzing version of Beatles via Bowie, but he achieves something even more remarkable, more unique, then he could ever have hoped. The demos sound lo-fi and psychoplanetarium 3D all at the same time, soaring melodies, sizzling and strange guitar sounds, and dark, almost Scott Walker-ish splashes of mood and self loathing.

These demos became 12 Bar Blues. Scott’s first solo album is a strange and wonderful excursion, but to be frank, not as good as those demos; some of the ecstatic, childish Beatle-ism was lost and more significantly, a couple of fantastic-sounding songs had to be excised for legal reasons (the almost slavish joy Scott took in replicating the past had caused him to lift – likely unconsciously – some pre-existing melodies). Nevertheless, in many ways I think 12 Bar Blues tells us what Scott hoped to be. I believe he was trying to develop a new vocabulary for his rock star language, somewhere between Ziggy Stardust and Nikki Sudden, somewhere between Brian Eno and Brian May. He was making twisted Britpop via Brecht via Malibu Beach, something that buzzed with the deeply British accent he heard in his heart and the Lite-Brite L.A. lights that surrounded him.

Scott was also inventing a new kind of millennial rock star. For all the extraordinary music of the 1990s, the decade still felt flannelled and rageless and mournful and frat-ful, and the era lacked a shameless rock star (Bono too holy, Stipe too conscious of the irony that went with the crown, Kurt too pure). Scott wanted to be the star, he understood that we needed Gaga but had Hootie.

Of course, most of all he wanted to be Bowie, but there was too much Black Flag and Kurt and Stipe in him to make his imitation pure; yet on 12 Bar Blues he was so very, very close to inventing an explosive combination of the deeply artistic and the deeply decadent and the deeply feral. Ultimately he was Bolan designed by Egon Schiele, or Michael Stipe pretending to be Brian Slade.

I think the salty pomp of Los Angeles strut-rock was essentially wrong for Weiland. If only he was raised in Hackney and not Huntington Beach, he might have known that his musical soul belonged more to the world of Andy Partridge, Robyn Hitchcock and Syd Barrett than the Sunset Strippers. Maybe this miscasting caused some essential harm to his character, who knows. If he had born a Gallagher Brother I think it might have all made more sense. He was at his best not just on 12 Bar Blues but also on STP’s Songs From The Vatican Gift Shop, where he injected the springy, twisting riffs of the magnificent band with a high-British hyper-melodic whine.

He wanted to be Lennon and he insisted on being Jesus, crucifying himself for reasons I did not investigate. Both beauty and pain were visible in those impossible cheekbones, pinned eyes and Egon Schiele body, all right angles and vanishing waist, and the rods of cigarettes he fed himself. Yet on those occasions when you heard that magic that he heard, that he aspired to, like that day in my office and a few moments when he struggled through the haze and recorded 12 Bar Blues, you wanted to hold him tight, and say there was a truth in pop that was better than any drug,

(But who am I to say that? I did not know drugs the way he did, and not knowing drugs meant I did know what drove him to love them more than his own body and brilliance; and I refuse to judge the drugs, only say that he attracted some dreadful moths when he was on them).

His most recent album (with the Wildabouts), Blaster, found him once again channeling Bolan, but recasting him as the vocalist for Fu Manchu; it’s an album I almost love, although his vocal clarity was dimmed (that thin but clarion-fierce high end that had infused his best work with a kind of bitter bubble-gum whine was largely gone), but I could still hear what he was going for: he was still hanging Union Jacks from his cheekbones while reaching for SoCal punk and Sunset Strip strut, which is all to say I wish he had grown old and become Michael DesBarres.

For a few moments 17/18 years ago, I was elated with him, and celebrated his vision of a decadent electroshock Jellyfish music, but I could not stop him from the sad, shivering figures that recognized an addict and praised him only to take. We fought over that sometimes, but it was not a fight I could win, because I did not understand how the draw of the impossible dream of his windowpane-laced wedding-cake pop could not be as strong as the drug. Perhaps I failed him. But please buy 12 Bar Blues, that celebration of light pop in dark colors, sounding like a yellow submarine sailing through green seas choked with algae, with a periscope reaching up to a beautiful Laurel Canyon sky choked with winter’s crystal light.

I do not know why he died, but if you knew him at that moment in the late 1990s in an office high over Sunset Boulevard where the Strip cracked into Beverly Hills, you would know he was once alive, so very alive, and his dreams and future were so alive in the high, hissing, acid-drop feline pop music that was on that cassette, and it seemed everything and anything was possible. He was trying so desperately hard to light new electric fires, and true, those fires were muted by the addiction (and even more so by the weight of the sad, using moths who are drawn to the porch light of an addicted star), but if you saw him in those moments when his deep eyes were fired by dreams and the even rarer moments when those dreams turned from lightning vapor to musical reality, you loved him.

Because, ultimately, let us not speak of potential unrealized, but just remember that he achieved so much. He did realize that potential, and it is selfish for us to say that we wanted more. Let us not remember that he faded away, but that he sparked so hot, so real, so full of a silvery, shimmering, slinky Cosmonaut pop heat. 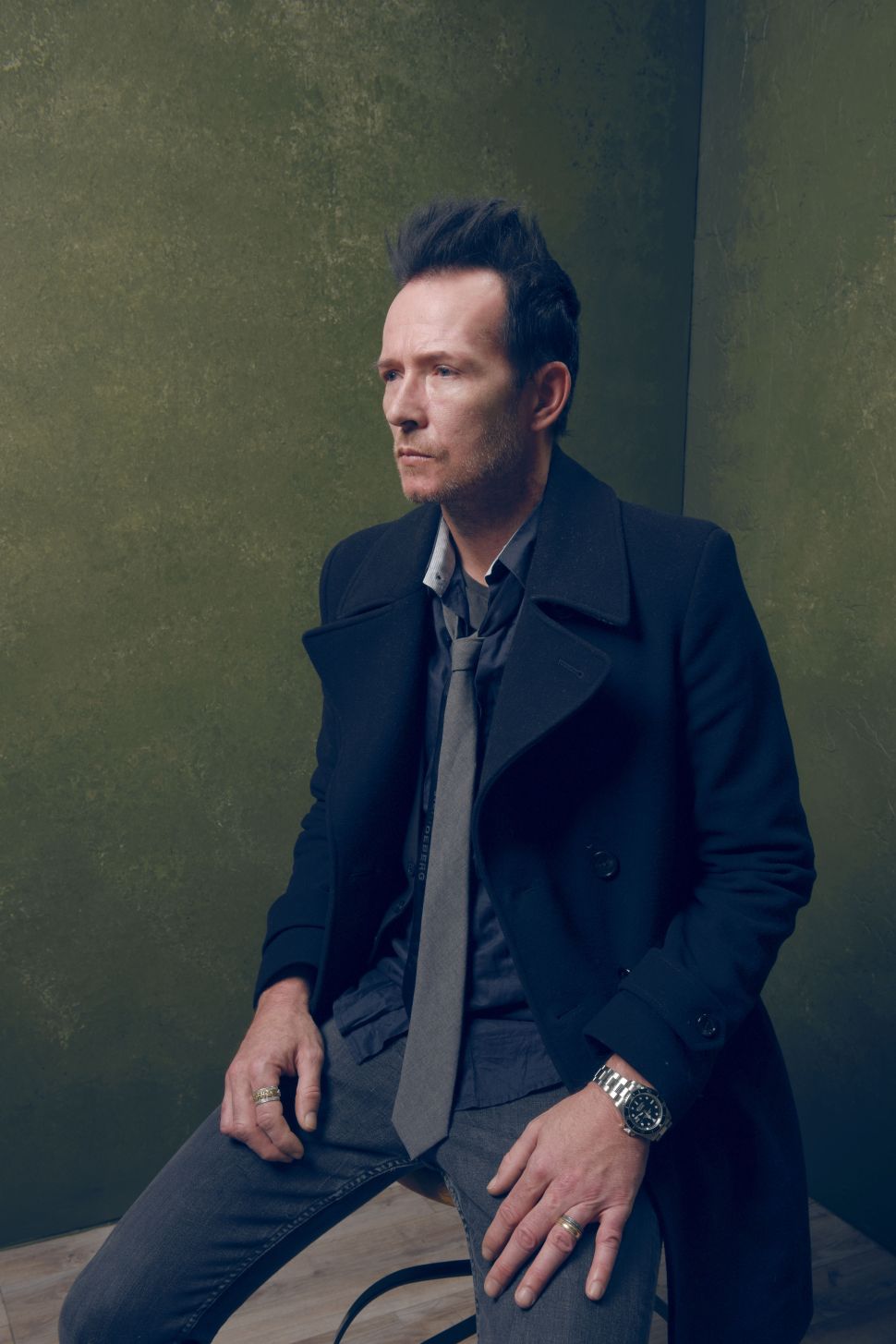