The first time I saw Warren Buffett in person was in 1991, when I was an MBA student at Harvard Business School. I was an arrogant 25-year-old, long on testosterone and short on common sense. The only reason I was in the lecture room was because I had a crush on a student in the year above me. I wanted her to tell me why she’d jilted me by going on a date with another classmate. Before Harvard, I’d studied economics at Oxford and had unquestioningly absorbed the conventional (but asinine) academic theory that the stock market is efficient. This meant that stock pickers like Mr. Buffett had no more chance of beating the market than a dart-throwing monkey. In my ignorance, I dismissed Mr. Buffett as a lucky speculator, and I don’t remember a single word he said that day.

After Harvard, I became an investment banker at a third-rate firm, lunging for the first job that would make me a quick buck. But it didn’t take long to discover the shameful reality that governs much of Wall Street: to succeed, I had to sugarcoat the truth—or lie—to sell sketchy investments to a credulous public. In the depths of my despair, I stumbled upon Roger Lowenstein’s biography of Mr. Buffett, which showed me that there was another way of doing business; Mr. Buffett had become a billionaire while telling the truth and acting honorably. What a concept!

I quit my job and set up a hedge fund modeled on the limited partnerships Mr. Buffett ran in the 1960s. Mimicking his approach, I invested in a handful of quality companies acquired at a decent price, then held them for years, ignoring short-termism. One lynchpin of my portfolio was Mr. Buffett’s company, Berkshire Hathaway, which my fund has now owned for about 17 years. As a money manager, I repeatedly asked myself one question: What would Warren Buffett do? Following his example, I was determined to treat my shareholders fairly. So I charged modest fees and invested all of my savings in my fund, wanting to make money with my investors, not off them.

He made me think more consciously than ever about my own values and priorities—and the importance of striving to be true to them.

Mr. Buffett provided an extraordinary model for how to behave. When I attended Berkshire’s annual meeting in Omaha, I was stunned by how open and truthful he was with his shareholders. He floored me by saying that Berkshire’s newly issued “B” shares weren’t cheap and that he wouldn’t buy them at that price. His disdain for self-serving hype made me long to lead a more honest life.

In 2008, my friend Mohnish Pabrai and I paid $650,100 to charity to have lunch with Mr. Buffett. We spent three hours with him at Smith & Wollensky in Manhattan, accompanied by our wives and Mohnish’s two young daughters. Mr. Buffett was the smartest person I’d ever met. His mind operated on multiple levels at the same time, reminding me of a chess master who sees dozens of moves in advance. Yet he was utterly unpretentious and comfortable inside his own skin. When I addressed him as “Mr. Buffett,” he stopped me immediately and asked me to call him “Warren.” Before ordering his medium-rare steak, hash browns and Cherry Coke, he delighted in telling Mohnish’s kids that he never eats anything that he didn’t like when he was 5.

The most memorable piece of wisdom that Warren shared that day was about the need to live by an “inner scorecard,” instead of worrying how others think of you. He illustrated this by asking: “Would you prefer to be considered the best lover in the world and know privately that you’re the worst—or would you prefer to know privately that you’re the best lover in the world, but be considered the worst?” It was clear that he operates entirely according to his inner scorecard, living and investing in ways that perfectly suit his personality and his values. For me, this was his greatest lesson. He made me think more consciously than ever about my own values and priorities—and the importance of striving to be true to them. Given his brainpower, I had no chance of beating Warren Buffett at being Warren Buffett. But I could, at least, do a better job of being myself.

Guy Spier is managing partner of the Aquamarine Fund and the author of The Education of a Value Investor: My Transformative Quest for Wealth, Wisdom, and Enlightenment. 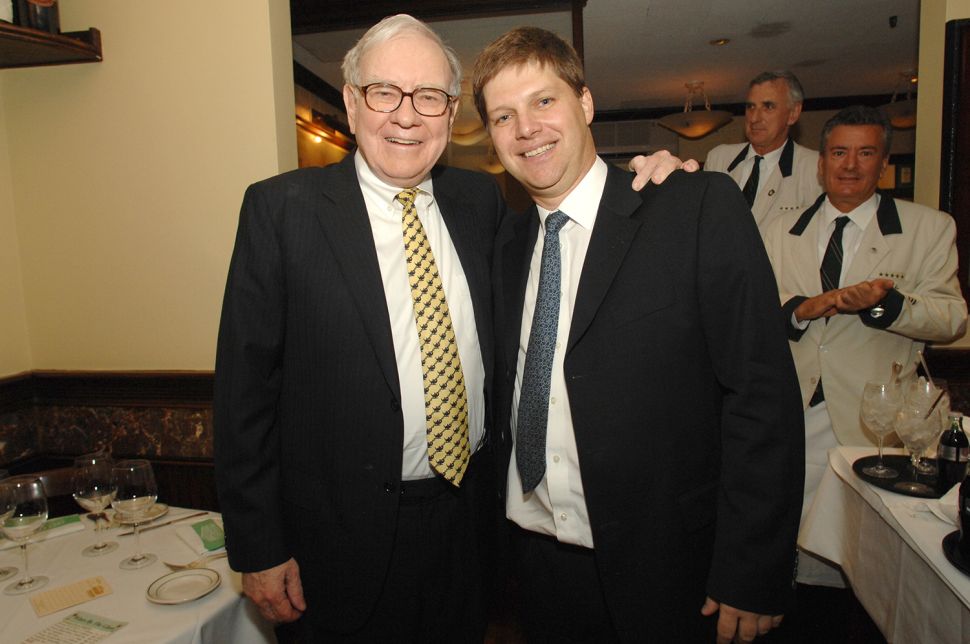