Carl Sagan was not a mentor in any way we would use the word. A mentor is someone you have constant interaction with, and you’re a kind of apprentice to their expertise. I might have been in Carl Sagan’s presence four times in my life. We were not drinking buddies. So, a person can have influence on you even if they’re not your mentor. They can have influence by example. And maybe that’s the best kind of influence, because then the person’s not trying to do something just to impress you—they’re there in their own element. You see what they do and how they behave, and you say, “I want to behave that way,” or “I want to have that grace under pressure,” or “I want to have that knowledge of the field.”

My interest in the universe was well established before I first met Carl Sagan. His influence on me was the fact that he met me at all. That first time, in high school, I’m just a kid from the Bronx, 17 years old. I had an application to Cornell, among other colleges. The admissions office at Cornell, unknown to me, forwarded my application to Sagan and asked, “Is this someone who interests you?” He wrote a letter to me, hand signed—“I see you’re interested in Cornell and you like the universe. If you’d like to come up and tour the campus I’d be happy to show you the lab.” Carl Sagan! Holy shit. It was really Carl Sagan. He wrote the letter unprompted. He didn’t have to do anything, why should he care about a 17-year-old kid from the Bronx?

So I go up there, and he meets me out front. It’s a Saturday; school’s not in session. The holidays had begun. Sagan invites me into the lab, and he signs one of his books to me. Didn’t even look, he just reached back and grabbed a book on his shelf, and it was one of his books. That was badass—to just reach back and not even look.

And then at the end, it begins to snow, this was in December, I took a bus up to Cornell. It’s not an easy bus ride. And he said, “I don’t know if the bus is gonna make it.” He jotted down his home phone number, he said, “If the bus doesn’t get through, call me, you’ll spend the night with my family.”

I said, “If I am ever as remotely famous as this man, then I am duty-bound to treat students who show an interest in the universe with all the respect and dignity he showed me.”

And in that moment, he was not a mentor in any traditional sense of the word; he was just being himself. So that was his biggest influence on me.

The next influence: I watched the words he chose, and the phrasings, and the clever references to pop culture references. That is proof of what is possible in the intersection between science and the public.

And I thought to myself, it is possible for people to react in this way, to that content, through that vessel. And I said, “If I ever am in the position to bring the universe down to Earth, I will not forget the fact that this is something that has already been achieved.” 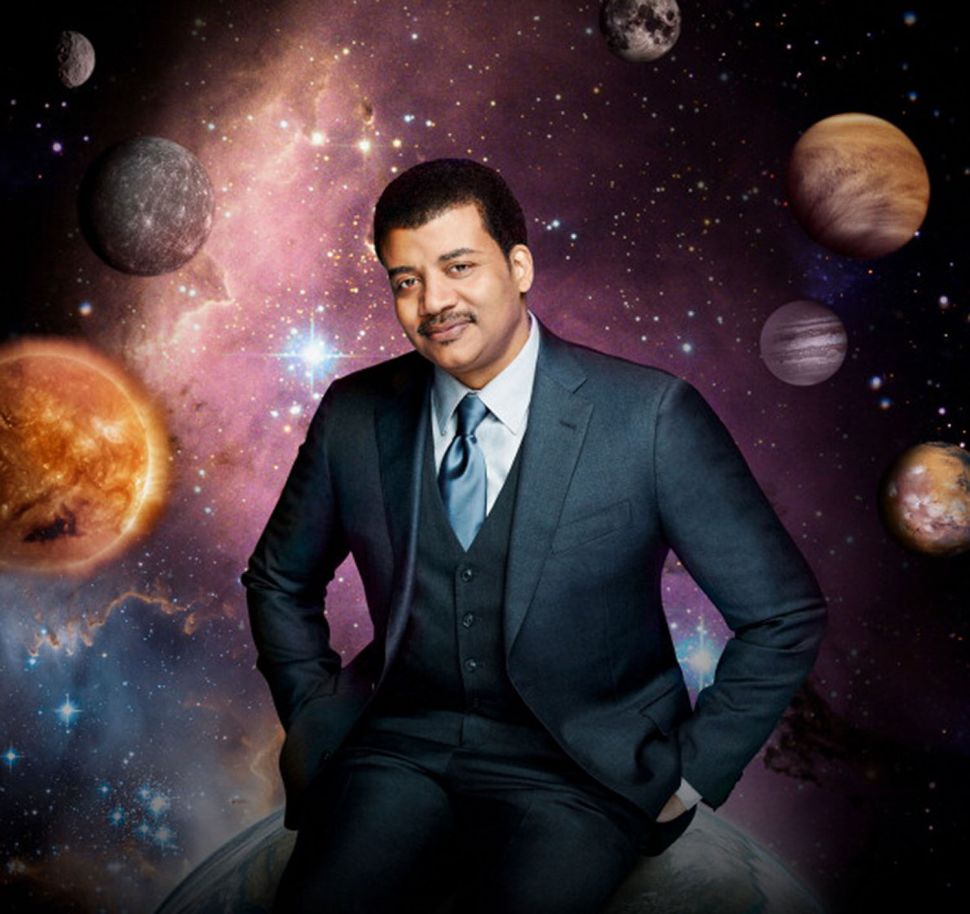