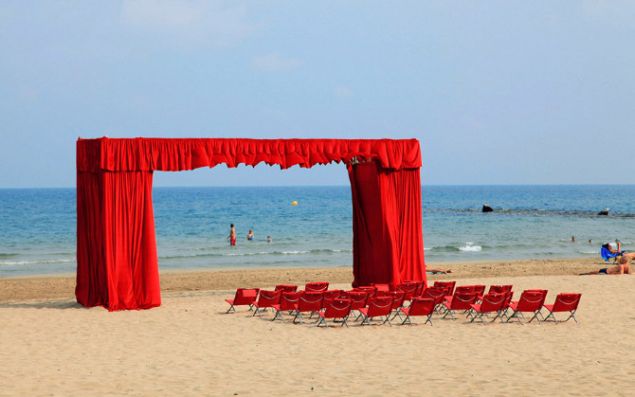 After throwing over-the-top, Argentinian-style barbeque luncheons for 200 VIPs daily during last year’s Art Basel in Miami Beach, the first stage of the Faena District—a $1 billion stretch of property on Collins Avenue between 32nd and 36th Streets—is finally being unveiled. 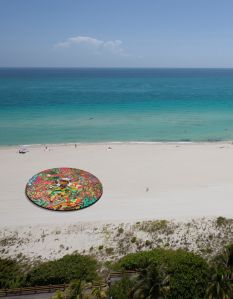 To celebrate the opening of the hotel during Art Basel in Miami Beach, Ximena Caminos, Partner and Creative Director of Faena and Chair of Faena Art, invited three international artists to create site-specific projects for it’s beachfront property.

Best known amongst the group is the Brazilian-French artist duo Assume Vivid Astro Focus, who is creating a disco roller rink as a platform for social interaction. After a private launch party tonight, the psychedelic, image-saturated, circular rink will be open to the public with free roller skates and an international roster of DJs.

“I grew up in Rio and went to a very arts oriented school near Ipanema Beach,” one of the partners told the Observer. “I would go there everyday wearing my roller skates with fluorescent orange krypton wheels. I remember this great sensation of going round and around non-stop, listening to disco music and having glimpses of the sand and the sea. It felt very idyllic—like a roller skate version of the whirling Sufi dervishes dancers.”

The two other projects for Faena Art are equally enchanting. Californian artist Jim Denevan has created massive geometric beach drawings that are defined by solar lights for nighttime viewing, while Belgium-based, Spanish artist Almudena Lobera has installed an open-stage theatre—complete with red curtains and red beach chairs—that frames the ocean view. Visitors become both the actors and the spectators—playing on the Shakespearean idea that “All the world’s a stage, and all the men and women merely players.” In Miami Beach, it’s a daily fact.

“Art institutions in the 21st century should be catalysts for social interaction, spaces for a multiplicity of voices and bridges between the local and global” Ximena Caminos told the Observer. “As Faena Art prepares for the opening of Faena Forum in the fall, we wanted to offer Miami Beach residents and visitors to the fairs an opportunity to interact with site-specific, immersive and participatory installations on Faena Beach that represent our commitment to experimental, trans-disciplinary and international programming.”

All three installations will be presented on Faena Beach between 32nd and 36th Streets and Collins Avenue and viewable to the general public beginning Thursday, December 3. 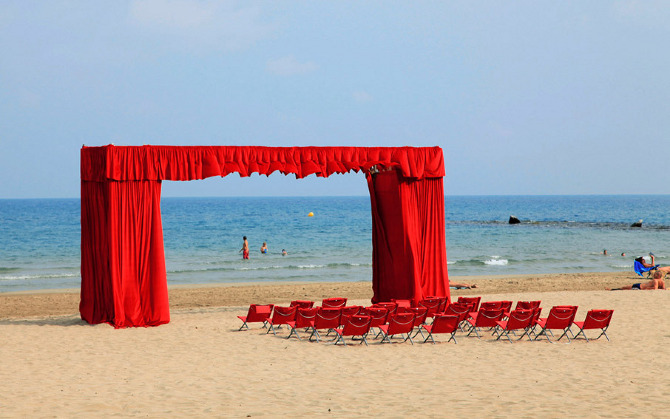