The term “dark matter” was coined in the 1930s by astrophysicist Fritz Zwicky to describe matter we cannot directly observe, but know exists due to galaxies orbiting faster than the mass calculated from stars within the galaxy. The use of the word “dark” refers to what scientists know the matter is not. It is not matter in the form of dark clouds—which would be detectable by their absorption of radiation. It is also not antimatter, as that would produce unique gamma rays when antimatter and matter coincide. Black holes don’t solve the mystery either.

Astronomers have evidence that matter nearly five times as great as all the atoms in the universe exists. Theoretical models of the composition of the universe attribute 27 percent of mass to dark matter, and only five percent to regular matter (what can be observed). The rest is dark energy—a phenomenon associated with the expansion of the universe. Without taking dark matter and dark energy into account when producing simulations of the universe, the distributions wouldn’t match what is visibly available.

Although the existence of dark matter is widely agreed upon by astronomers, it remains detectable only because of the action gravity has on observable matter. This action on gravity is evidenced through a direct consequence of Newtonian gravity, which stipulates if two objects are orbiting one another, their orbital speed infers their mass, and increases in mass directly correlate to increases in speed.

In a new study published in The Astrophysical Journal, Gary Prézeau of NASA’s Jet Propulsion Laboratory in Pasadena, California proposes Earth and other planets and stars in our galaxy are surrounded by dark matter in the form of concentrated strands, or hairs. Mr. Prezeau presupposes if physicists can find the roots of these dark matter hairs, they can finally detect dark matter itself and not just the effects of dark matter.

“As the evidence of dark matter’s existence has become overwhelming, understanding its nature and interactions through the observation of both direct (from Earth-bound experiments) and indirect (excess γ-ray and positron measurements), dark matter detection has become an increasingly vigorous field of inquiry,” writes Mr. Prézeau in the study. “This missing information may remain hidden until a direct detection is made and their interactions can be studied consistently over time; a longitudinal study could be performed thanks to dark matter production at an accelerator or because a naturally occurring concentrated dark matter source is discovered locally that can be reliably accessed with instruments. Highly concentrated dark matter hairs would be such a source.”

Astronomers have worked to isolate dark matter particle for decades. In the 1990s—and corroborated through recent computer simulations—dark matter was observed forming streams of particles moving at the same speed. Mr. Prézeau builds upon these findings, and has modeled what happens to dark matter when it travels through star systems such as our own solar system.

“A stream can be much larger than the solar system itself, and there are many different streams crisscrossing our galactic neighborhood,” Mr. Prézeau said in a NASA press release. He used computer simulations to find out what happens to these streams when they approach a planet such as Earth. His findings suggest the stream particles sprout into hairs of dark matter when they come into contact with Earth’s gravity. The roots of these hairs are estimated to be around 600,000 miles away from Earth’s surface when they form.

“Dark matter has eluded all attempts at direct detection for over 30 years. The roots of dark matter hairs would be an attractive place to look, given how dense they are thought to be,” added Charles Lawrence, chief scientist for JPL’s astronomy, physics and technology directorate, in a NASA press release.

Further study and analysis are needed, but the findings provide a new lead in unlocking elusive and mysterious dark matter particles. 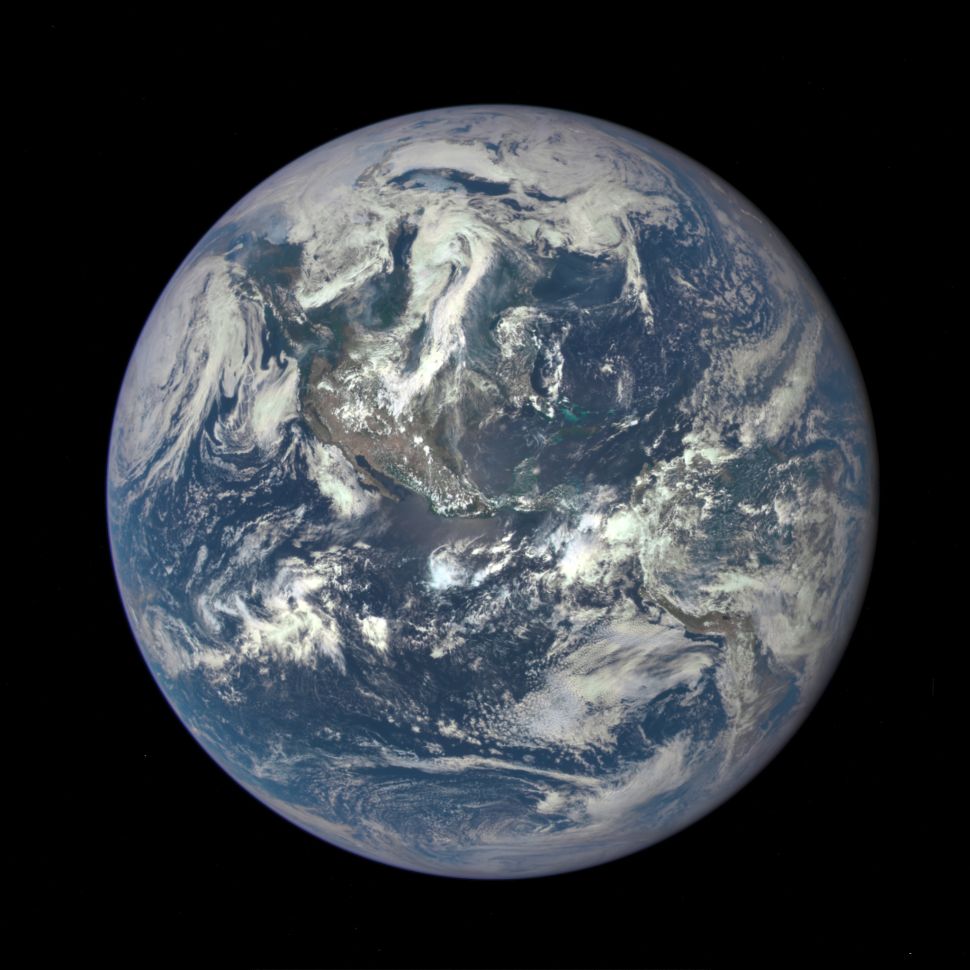