Gov. Andrew Cuomo lashed out at House Republicans blocking a debate on a bill that would close a loophole allowing suspected terrorists to legally buy guns, blaming the GOP today for putting “love of gun over love of country.”

Mr. Cuomo, a Democrat, said on Rev. Al Sharpton’s radio show that Republicans were hypocritical for wanting to close the border to Syrian refugees following the Paris terrorist attacks last month, but not fighting harder to keep firearms out of terrorists’ hands.

“You can’t have a Republican Party that says we’re going to close down the Statue of Liberty, no refugees, no Syrians, we’re afraid there might be a security risk but at the same time … you have people who are on the watch list who they will allow to buy guns,” the governor said.

Republicans backed by the powerful National Rifle Association have blocked the bill, known as the Denying Firearms and Explosives to Dangerous Terrorists Act, since it was first introduced in 2007. The GOP firmly controls the House.

“It’s love of gun over love of country, right?” Mr. Cuomo continued. “You’d give the people on the no-fly list the Second Amendment protection even though they may be a possible threat to the safety of the people of this nation. It is the NRA gone absurd and I would put it to every Republican presidential candidate, just answer the question, yes or no, do you support the Republican blockage of selling guns to people who are on the no-fly list?”

Mr. Cuomo made headlines in 2013 for pushing through the State Legislature a strong, though controversial, gun control bill known as the SAFE Act. Mr. Cuomo saw his popularity plummet upstate, home to many gun-owners. 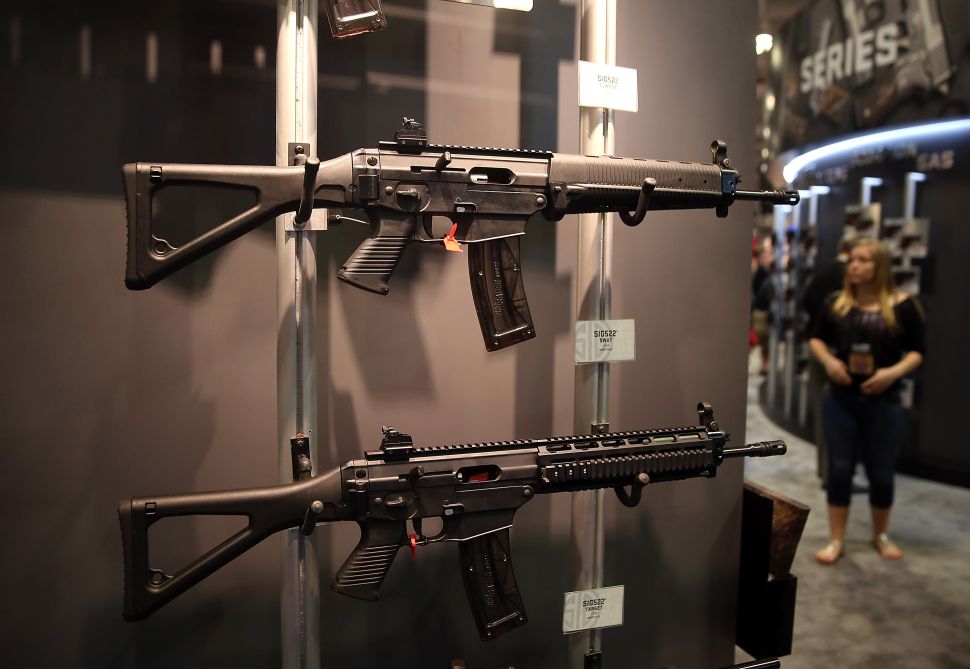