It took a Hoboken woman three decades to evict the tenants in her converted garage apartment so that she could move in. In the end, it came down to how the state’s highest court interpreted a statute intended to prevent tenants from being arbitrarily or unreasonably evicted from their homes.

Under the Anti-Eviction Act, the owner of a building that contains three residential units or less can legally oust a tenant if the owner intends to live in the unit. N.J.S.A. 2A:18-61.1(l)(3) provides:

No lessee or tenant or the assigns . . . may be removed by the Superior Court from any house, building, mobile home or land in a mobile home park or tenement leased for residential purposes . . . except upon establishment of one of the following grounds as good cause:… The owner of a building of three residential units or less seeks to personally occupy a unit, or has contracted to sell the residential unit to a buyer who wishes to personally occupy it and the contract for sale calls for the unit to be vacant at the time of closing.

The case, Cashin v. Bello, essentially revolved around the Legislature’s use of the word “building,” which is not defined in the statute. The specific question before the Court was whether “building” denotes a single, unattached physical structure or whether “building” includes all structures owned by an individual that are located on the same parcel of land.

Plaintiff Anna Mae Cashin owns a 2,435 square-foot parcel of land in Hoboken, which contains two separate structures: a six-unit apartment building and a two-story single-family home built in a converted garage. Cashin and her late husband began renting it out in 1971. In 1973, defendant Marisela Bello moved into that unit and continues to live there with her son. The rent is $345 per month, only five dollars more than the rent she initially paid in 1973.

Cashin unsuccessfully sought to regain legal possession of the leased property several times. On January 4, 2012, she sent Bello a notice to quit under N.J.S.A. 2A:18-61.1(l)(3), asserting that the unit was a single-family home and that she, the owner, wished to reside there. Bello refused to leave, and Cashin filed suit. The trial court dismissed the complaint, and the Appellate Division affirmed, concluding that N.J.S.A. 2A:18- 61.1(l)(3) was not applicable to the separate garage apartment because “building” should be interpreted to mean “premises.” According to the appeals court, it was an additional residential unit of the larger apartment building.

The Supreme Court of New Jersey reversed, concluding that Cashin was within her rights as a landowner to evict the tenant. “By the plain language of [the act], we hold that the converted garage constitutes its own ‘building’ for purposes of the act, and that plaintiff may therefore evict defendant,” Justice Faustino Fernandez-Vina wrote on behalf of the unanimous court.

“We find that the Legislature’s use of the word ‘building,’ in its singular form, to be both deliberative and dispositive,” Justice Fernandez-Vina further explained. “‘Building’ designates a discreet physical structure, not a number of structures connected by nothing more than the ownership of the land on which they sit.”

While the court held that the statute was unambiguous on its face, it noted that the legislative history of the Anti-Eviction Act indicated that lawmakers made a distinction between building and premises, defining the latter as “a piece of land or real estate; sometimes . . . a building or buildings on land.” According to the justices, if Legislature wanted to include all the units on a single parcel of land within N.J.S.A. 2A:18-61.1(l)(3)’s three-unit limit, it could have used the word “premises” not the term “building.” Accordingly, the court stated that it would not “impute to the Legislature an intent that conflicts with its own clear and significant choice of words.” 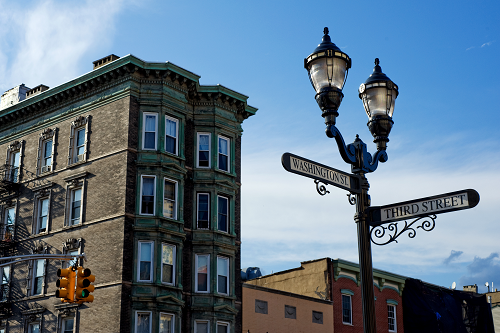