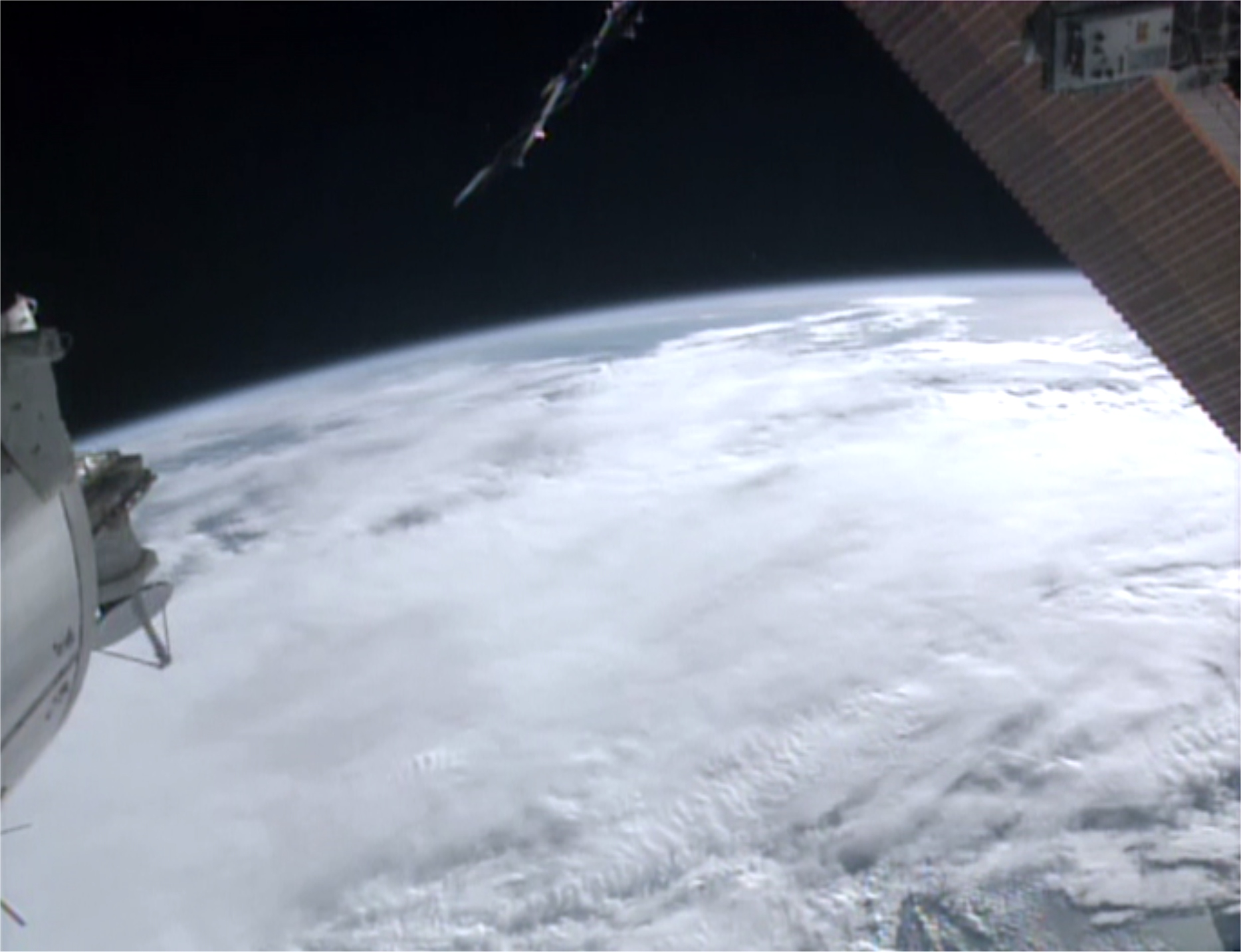 “It’s almost like I feel I’m just moving there, and I’m not coming back.” —Scott Kelly

On his 233rd day in orbit, nearly two thirds of the way through his famous year-in-space that’s currently happening, International Space Station (ISS ) astronaut Scott Kelly took and tweeted a beautiful photo of India at night, as seen from his space-borne point of view. 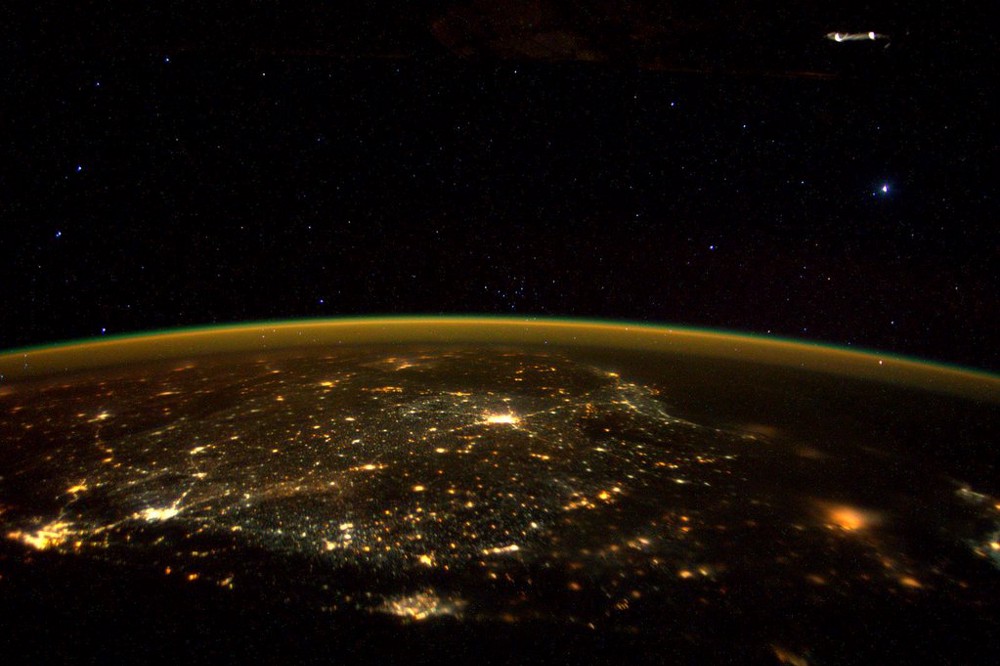 A photo like this is pretty typical from the vantage point of an astronaut. Among the things you can see are:

If we label what we see and zoom in close, you might find something awfully compelling. 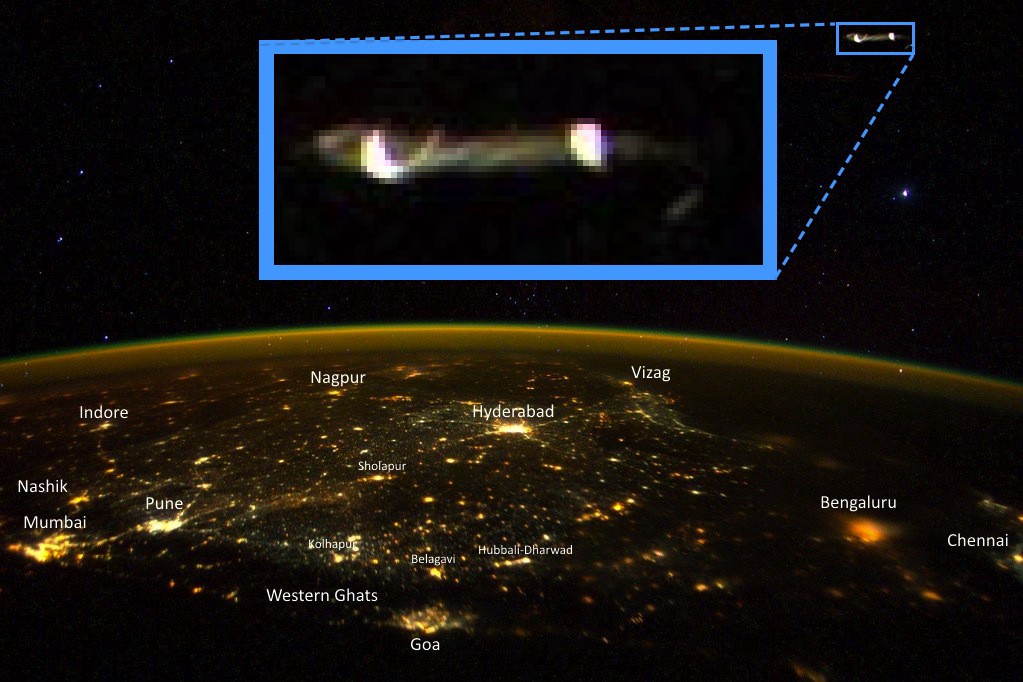 What, exactly, is that thing? The internet, upon discovering this photo, was quick to dive into speculation as to what this might be.

Of course, whenever you have internet speculation on an unidentified object, it isn’t long before you start hearing a crowd clamoring for UFOs, or more specifically, aliens.

And it’s hard to refute that this object doesn’t look, at least from this point of view, like something you may have seen before in a certain science fiction franchise. At least, when I first saw it, this is exactly where my mind went.

But you’ve got to remember something when it comes to science, and especially when it comes to explaining something unexpected: before seriously considering any novel explanations for an unexpected phenomenon, you must rule out all mundane explanations. What this means is, before we’re even willing to entertain the possibility of aliens, UFOs or other explanation that would entail a new discovery of any sort, we’ve got to rule out all the things that we know exist.

And in this case, that includes the existence of the overall larger structure of the space station itself, which is often captured in the foreground of photographs taken on board the spacecraft. 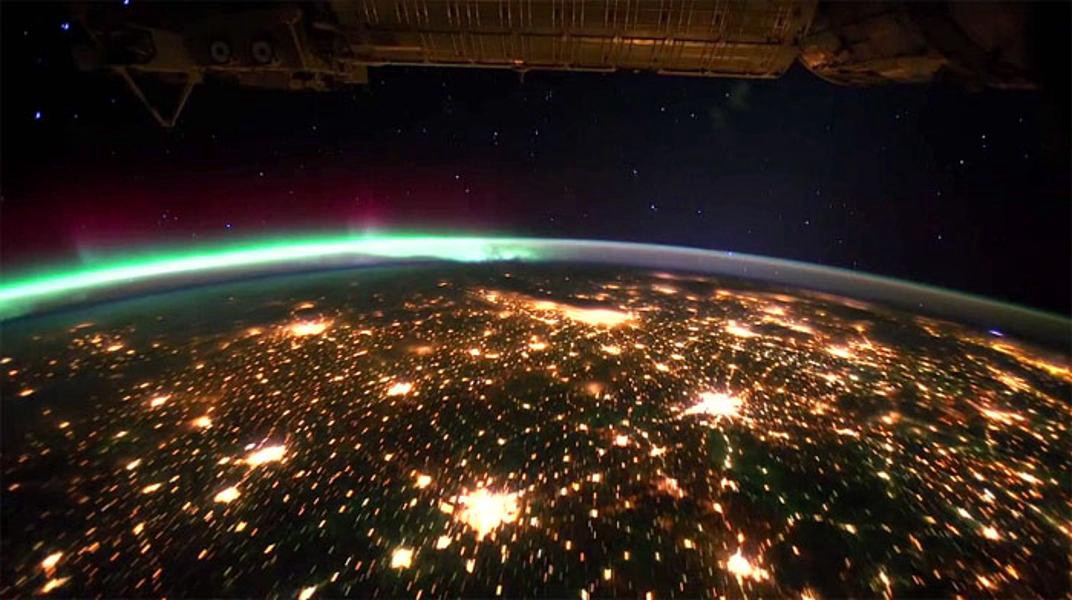 Usually, a large enough portion of the ISS is visible in these photos that there’s no ambiguity of what you’re looking at. But in Scott Kelly’s photo, it’s a little more subtle. You see, most of what’s being photographed is completely out-of-view, and the little bit that is in view is neither emitting nor reflecting light at the moment. But there’s a small portion of the ISS that is visible, and a more sun-lit photograph of that region can help you identify it. 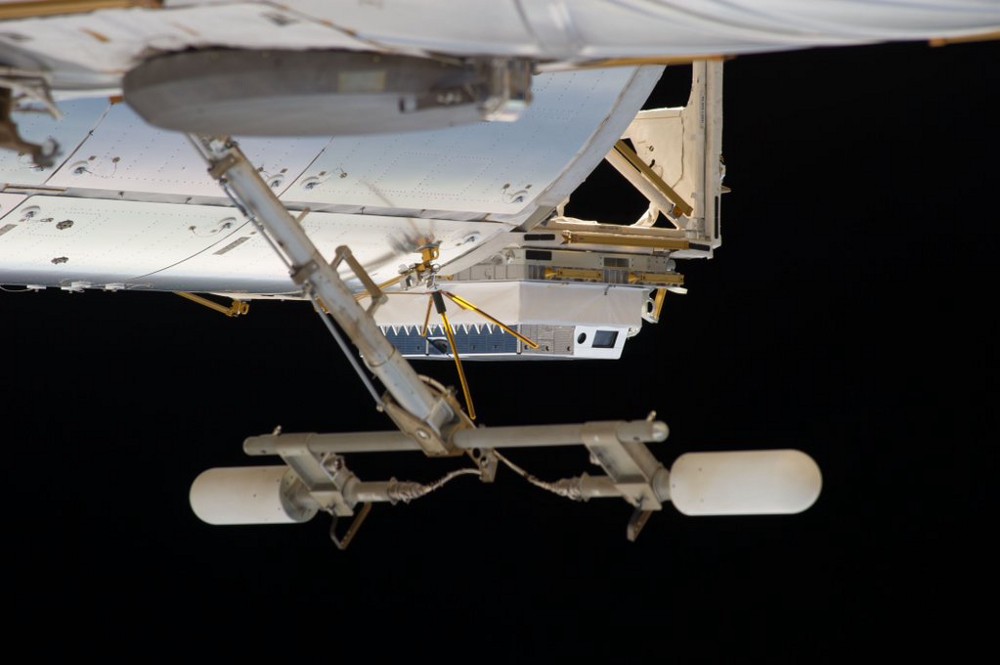 It probably isn’t clear, but the little grey cylinder that kind of looks like an unlabeled tuna can is the Lab Shutter Window on the Destiny Lab Module, installed aboard the ESA’s Columbus module. That tuna can is also highly reflective, and so if there’s either sunlight falling on the ISS or external lights from the ISS itself turned on, you’re going to see a couple of bright spots shining off of that module.

Even though it isn’t obvious that’s what you’re looking at in Scott Kelly’s photo, another similar photo really highlights with great certainty that this is a reflection off the Lab Shutter Window — with the HDEV (or High-Definition Earth Viewing system) and the UHF antenna in the foreground — and not a UFO.

Can you see the same two features jumping out at you in both images?

Let this be a lesson in caution to you: as much as we might like to believe the sensational, to believe the Earth-shattering, paradigm-shifting possibility, it’s far more important to be cautious, and to make sure we exhaust all the mundane possibilities before admitting the spectacular. As Richard Feynman was so keen to remind us all:

The first principle is that you must not fool yourself, and you are the easiest person to fool.

Ethan Siegel is a Cosmology Science writer, astrophysicist, science communicator & NASA columnist. His book, Beyond the Galaxy: How Humanity Looked Beyond The Milky Way And Discovered The Entire Universe, is available at World Scientific or at Amazon. The Universe is: Expanding, cooling, and dark. It starts with a bang! 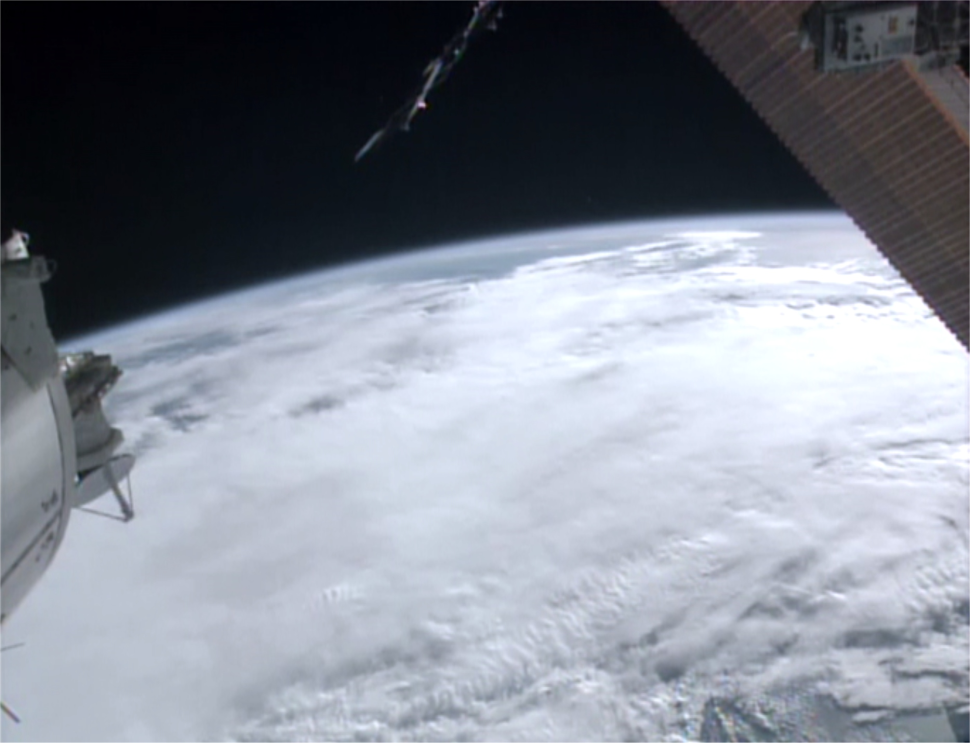