China has changed so dramatically in the past three decades that it is not just foreigners who stumble over stereotypes. China’s urban youth culture, led by members of Beijing’s brilliant new-music scene, has evolved out of uniquely Chinese conditions. But because it sidesteps all the China stereotypes, it is easy for grumpy elders, wary officials, and well-meaning Westerners to dismiss this new culture as foreign.

The conditions that have transformed China are well known: income up 18 times, soaring inequality, dozens of the world’s largest cities springing up overnight, crowding together hundreds of millions of former farmers. But other, less obvious conditions have mattered just as much. With parents who came of age in a society wracked by the Cultural Revolution, the “little emperors” who grew up in one-child China face a generation gap somewhat like that of their American baby-boomer counterparts.

Chinese artists use this music as more than just a rejection of the culture of their parents.

While perhaps less confrontational, this generation gap is even wider. Where their parents set conformity and security as the main priorities for their children, these seemed irrelevant to many young Chinese coming of age in a money-obsessed society. During the 1990s, like young Americans trouping to Greenwich Village nearly four decades earlier, the more adventurous among them congregated in Beijing and other newly-cosmopolitan cities, fed up with mainstream Chinese culture and uncertain of their own ambitions, but determined to figure them out.

As they invented their new lives, with signposts often little more than garish Western style magazines, some of them started forming rock’n’roll bands. At first this meant copying Western heavy metal. Soon after, perhaps because it more self-consciously rejected mainstream culture, they became punks, defiantly faithful to the styles and fashion of their British and American models. Scattered among China’s first-wave rockers in the midst their own fin de siecle, however, countercultural mavens like Yan Jun, or poet and critic Yang Haisong, began piecing together ways for Chinese artists to use this music as more than just a rejection of the culture of their parents.

They tore ecstatically through a century of musical ideas, grabbing at anything that intrigued them with no thought of genre and no worry about context.

This set them up for another profound disruption. At the turn of the millennium much of the most interesting music of the past 100 years was familiar to Chinese only by name, taken from lovingly reproduced articles and a few foreign CDs. Like English kids in the 1960s, who learned about Howling Wolf and BB King from American sailors, young Chinese eagerly listened to CDs brought over by Western diplomats and businessmen, but the music they brought over was usually pretty bland. The more difficult, experimental, or obscure music was much harder to find, only heard in small doses among the most determined.

And then Chinese musicians experienced their next great disruption. In the first two years of the century, young China got online, and the musical floodgates suddenly opened. Chinese musicians and fans now had access to everything, and a whole new attitude to music developed among them. They tore ecstatically through a century of musical ideas, grabbing at anything that intrigued them with no thought of genre and no worry about context.

Perhaps because this is such a rich way to experience music, from then on musical tastes developed at breakneck speeds. Within a very few years a group of young Beijing rock’n’roll musicians, schooled in punk, German electronica, New York No Wave, American Minimalism and free jazz, banded together to set off what is already seen as a golden age for the Beijing underground. They put on shows, mainly for each other at the tiny What Bar, perched provocatively at the edge of the Forbidden City, and then at D-22, the music dive that they made famous.

Chinese culture is being re-invented, but only the artists themselves can decide what it means to make Chinese art.

The scene spread to half a dozen other large Chinese cities. Young visual artists, cartoonists, fashion designers, filmmakers and students grabbed onto this intensely Chinese way of experiencing modern music, at once deeply international and, with an artistic education stripped of historical context, uniquely Chinese.

Not everyone gets it. The decision of a Chinese composer to use a synthesizer rather than an erhu is often attacked in a way no New York musician would recognize. And when Western journalists come to China to interview young musicians, they inevitably look for something they might recognize as Chinese: perhaps angry, politicized punk rock, or Buddhist meditations on the guzheng, or Mongolian sing-alongs. Just as inevitably, they are disappointed, and end up filing lamenting stories about young Chinese who have not yet found their voices, or who try too hard to be foreign.

China’s cultural old guard agrees with this view of what is and isn’t Chinese. On a BBC radio panel earlier this year, for example, panelists were asked why China had been unable to create cultural soft power. They’d searched for evidence of new Chinese culture, but amid imitation K-Pop bands, garish designer labels, and Warholian kitsch, they confessed that they had come up with little that was truly Chinese, unwittingly echoing China’s leaders, who have criticized artists who deviate from tradition as “blindly following and unsuccessfully impersonating others.” Young Beijingers, it seems, cannot be authentically Chinese with electric guitars or smart phones, although, ironically, if these urban rats take up the fiddles of nomadic Mongolian horsemen, their authenticity is established.

For a China determined to boost its soft power internationally, limiting culture to stereotypes of “Chinese-ness” is terribly constricting, and perhaps this is why official Chinese culture seems so boring to foreigners—and to locals. While young, urban creatives produce work that speaks to the small but rapidly-growing audience of their peers, they are too-easily dismissed by the cultural establishment as imitators. But there is a lot of contemporary Chinese culture—Vega Wang’s electroluminescent fashion, the construction-site humor of Chairman Ca‘s comic art, Li Qing’s dystopian lo-fi synthesizers, Shouwang’s throwaway Polaroids—and it is deeply Chinese because it evolves out of a very specific history.

But for those who think they already know the forms Chinese culture must take, it is easy to miss what they are doing. Chinese culture is being re-invented, but only the artists themselves can decide what it means to make Chinese art. The stereotypes will have to change. 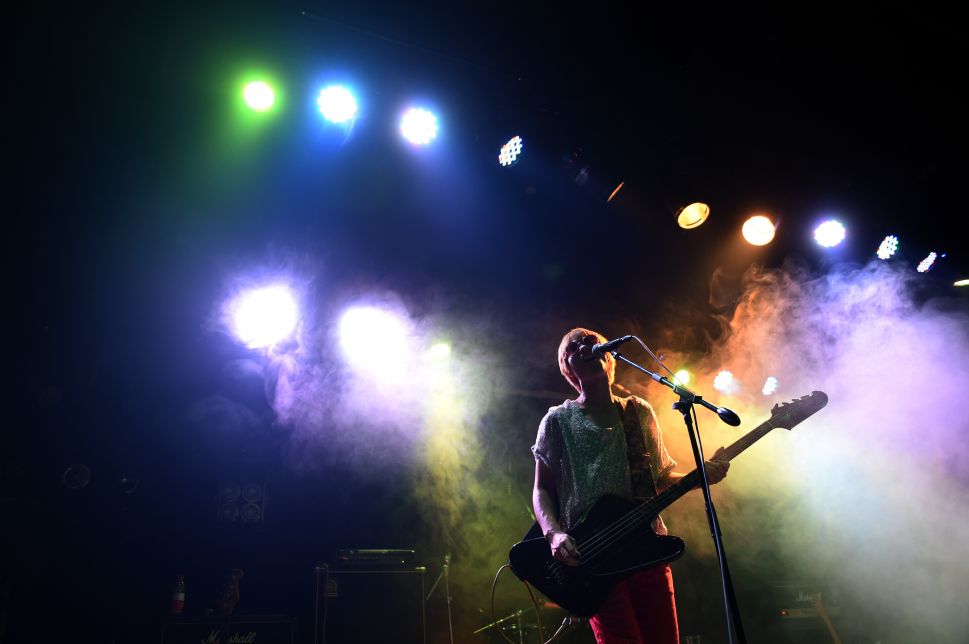