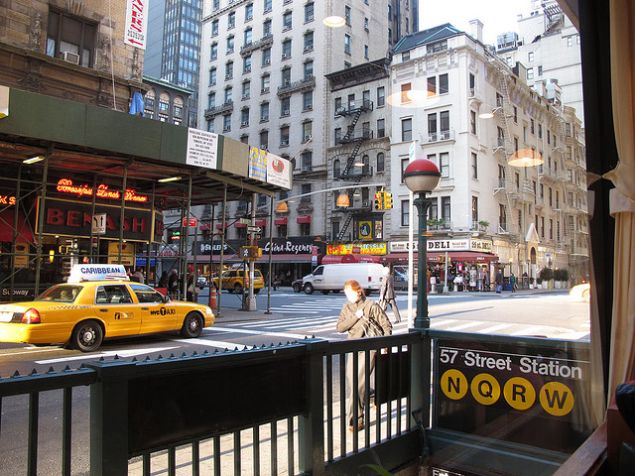 NYU is spending upwards of $1.1 million to renovate the president’s residence in anticipation of Andrew Hamilton’s January arrival, The New York Times reports. The four-bedroom duplex penthouse will get some new entrances from the master bedroom onto the terrace, though the renovation is nothing compared to the $17 million or $20 million ones undertaken by Yale and Columbia for their respective presidents in recent years.

Extremely unluxurious luxury: in Gothamist one woman recounts how she and her roommates ended up paying $6,000 a month for a “four” bedroom apartment with no walls and only intermittent heat at the Williamsburg luxury rental 120 South Fourth Street that was recently vacated for having used extremely unsound building practices (and was owned by murdered real estate developer/landlord Menachem Stark). She offers two big lessons: “1) Don’t always trust people to be good people and 2) I will never live in a brand-new building again.”

Downtown Brooklyn Partnership president Tucker Reed thinks that the Jehovah’s Witnesses should pay the city $50 million to leave, as a parting gift, a proposal he makes in Crain’s. “Before they leave for good, the Witnesses should dedicate 5% of their latest real estate proceeds.” Uh, right… that might be nice, but it’s not really common practice with religious groups. To wit: the Catholic church, a mega landholder.

Real estate marketing for residential skyscrapers conveniently ignores the “towering competition down the block,” The New York Times notes. “The views they proffer don’t show the nearby buildings already reaching skyward, or give any indication that there will soon be others.” Developers and real estate professionals profess innocence, claiming outdated photos and policies toward depicting any tower not-yet ready for occupancy.

Meanwhile, a $20.3 million apartment at One57 has sold at more than a $1 million loss after the owner purchased it in April, The Wall Street Journal reports, signs that the super luxury market may well be weakening. “ ‘For sure we weren’t able to sell it for what he bought it for,’ ” James C. Cox Jr., a broker with Compass, told the paper.

Developer Keith Rubenstein claims that his billboard advertising waterfront luxury in the South Bronx’s “Piano District” was just intended to pay tribute to the neighborhood’s piano-making history, not trying to rebrand it, DNAinfo reports. Two-bedroom apartments in the project, which is being developed with Chetrit, are expected to rent for between $3,000 and $3,500.

The Times’ Michael Kimmelman is a big fan of the Department of Sanitation’s newly-opened garage and salt shed complex in Hudson Square, which he concedes took nearly a decade and cost $250 million: “The garage and shed have ended up being not just two of the best examples of new public architecture in the city but a boon to the neighborhood, whether the wealthy neighbors have come around to it or not.”

Prospect Heights residents and pols are calling for oversight of the Barclay’s Center sale, in which Russian billionaire Mikhail Prokhorov, who already owns 80 percent of the nets and 45 percent of the arena, would buy out the remaining stakes from Forest City Ratner, according to DNAinfo. They say that they are primarily concerned about ensuring promises and obligations to community made by FCR will not be wiped out by the sale.

Finally, the hipster entrepreneurial juggernaut that is the Mast Brothers admitted to using industrial chocolate in their $10 chocolate bar business’s early years, they told The New York Times, following an expose on the DallasFood.org. But they maintain that their beards are more than a hipster affectation. 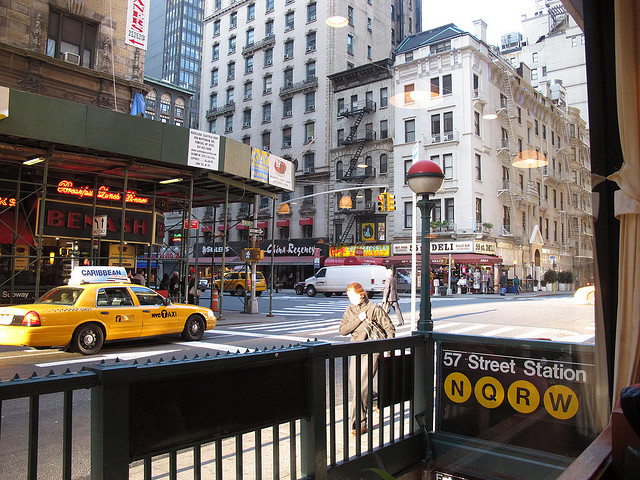