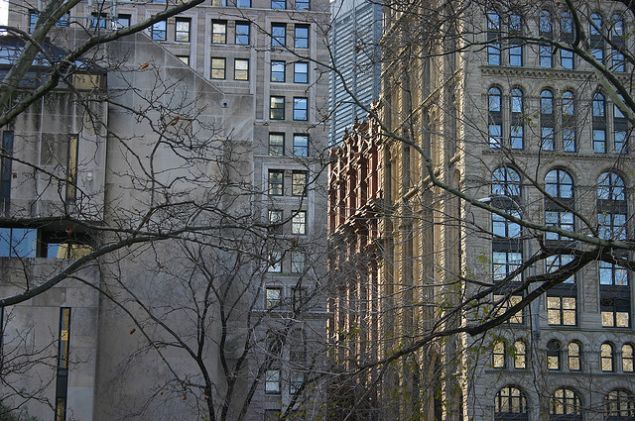 Desperate to distinguish their products in a luxury condo-glutted market, developers like Naftali are putting in sparkly sidewalks in front of their projects, The New York Times reports. “There are only three New York City-approved styles of sidewalk finishes. They include the standard mix of overcast-skies cement seen in front of most buildings; a darker version, “landmark gray,” meant to evoke the slate or bluestone slabs of yore; and a special mixture that is basically either of the first two with tiny pieces of obsidian-colored mica added in.”

Speaking of which, sales at Zecekndorf Development’s 50 UN Plaza have been shuffling unimpressively along since launching two years ago, with less than half the units in contract and an average discount of 9 percent off the asking prices, Crain’s reports. But the Zeckendorfs argue that rather than a dud, a slow and discounted sell-out was their plan all along.

And speaking of duds: New York State and the Port Authority are considering subsidizing News Corps’ and 21st Century Fox’s lease at 2 World Trade Center to the tune of $25 million, Politico New York reports. The Port Authority argues that leasing the tower requires public sector support. So much for that hot Lower Manhattan office market…

A thief made off with $173,000 worth of jewelry from Gwyneth Paltrow’s pop-up “Goop” shop at Columbus Circle, DNAinfo reports. Who knew a pop-up store selling “goop” would have such valuable loot?

Someone wrapped Williamsburg restaurant Nita Nita, which closed this weekend after a three-fold rent increase, with “gentrification in progress” crime scene tape, according to Gothamist. Which, it turns out, was the handiwork of Bushwick-based street artist Ann Lewis.

Janet Wolfe, subject of an serialized New Yorker column, executive director of the New York City Housing Authority Symphony and “gleeful gothamite” has died at 101, according to The New York Times. “Ms. Wolfe was not so much of New York as she was New York: garrulous, generous, whip-smart, endearingly harebrained, unflinchingly direct, occasionally lonely, more than a little ribald, supremely well connected and sometimes down but never out — a small, bright moon that for decades orbited the rarefied worlds of theater, film and classical music.” 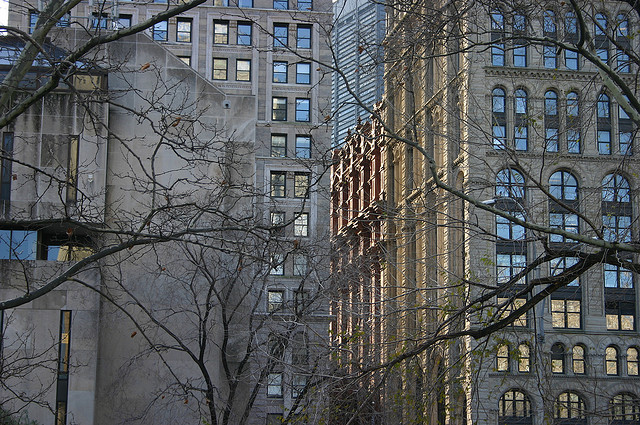