Amid rising rents and the ongoing expansion of chain stores, one couple is capturing the images and the stories behind many of New York City’s mom-and-pop shops. James and Karla Murray, who reside in the East Village and have photographed everything from graffiti in New York and Miami to New York at Night, and published their second book Store Front II – A History Preserved: The Disappearing Face of New York in November.

This new series of photographs by the husband and wife duo tells the stories of 200 local businesses across the five boroughs. Besides photographing the store’s facades in Store Front II, the couple also interviewed the store owners. The address of each store is included with each story, in the hopes that readers will go visit the small businesses.

The Murray’s first book about small businesses, Store Front – The Disappearing Face of New York came out in 2008. Over two thirds of the stores in that book have now closed.

The images in Storefront II span from 2008 to 2015.  According to Ms. Murray, 20 percent of the stores in the book, which just came out last month, have already closed.

“The number one reason why so many have closed is when they didn’t own the building they were located in. It was a huge concern with every single store owner,” Ms. Murray noted, along with increasing rent prices.

According to the 2014 State of the Chains report published by Center for an Urban Future, there are 536 Dunkin Donuts, 464 Subways and 318 Duane Reades’ across New York City. Amid the rise of chain stores, the debate over saving small shops continues.

But alongside the numerous mom and pop businesses to have closed, there are also businesses like Caputo’s Bake Shop that have adapted to changing times.

“They’re producing a bread now that in the past they only made for holidays,” Mr. Murray said. “But, with the foodie scene and the gentrification of the neighborhood, they shifted away from just baking plain white bread.”

Joseph Caputo, an Italian immigrant, opened up Caputo’s Bake Shop in 1923. The fifth generation of the family continues to operate the Italian pastry shop. 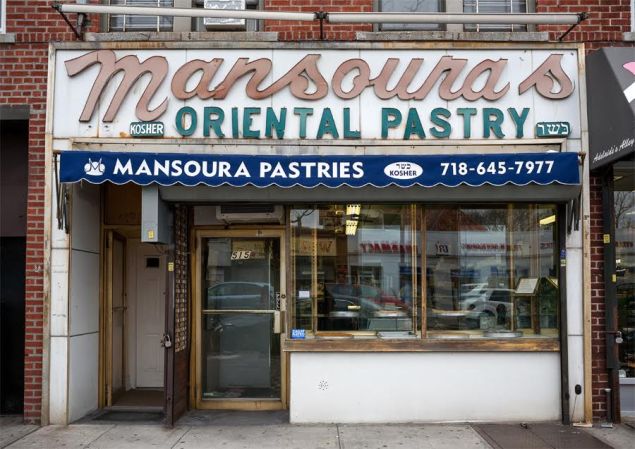 Masoura’s Pastries shop in Brooklyn, which first opened in Aleppo, Syria in 1780 (Photo: Courtesy of James and Karla Murray).

Other small businesses like Mansoura’s Oriental Pastries also continue to thrive. Mansoura’s actually began in Aleppo, Syria in 1780. After a brief time in Egypt, the family immigrated to New York and began the business in Brooklyn in 1961.

“She told us that they’re the only store in all of New York that specializes in that type of pasty,” Ms. Murray said, referring to the baklava pistachio. “It’s really fascinating to find this little store in the middle of this little neighborhood.”

The couple show no signs of ending the project, with plans to continue taking photographs and interviewing store owners for a possible third book. “There’s always a little side street or some place that you know, we probably didn’t go down the street,” Ms. Murray said.

The couple hopes readers will take away more than just the aesthetics of the book. “We want to get across to the readers that in these wonderful small mom and pop stores, the owners have a lot of pride in their business and the work that they do—whether its making a shoe, being a cobbler or baking baclava pistachio,” Ms. Murray said.

Despite the amount of stores that have already closed, the Murrays don’t want the book to evoke a sense of melancholy.  “We wanted it to be more of a celebration of the stores that are still preserving,” Mr. Murray said. 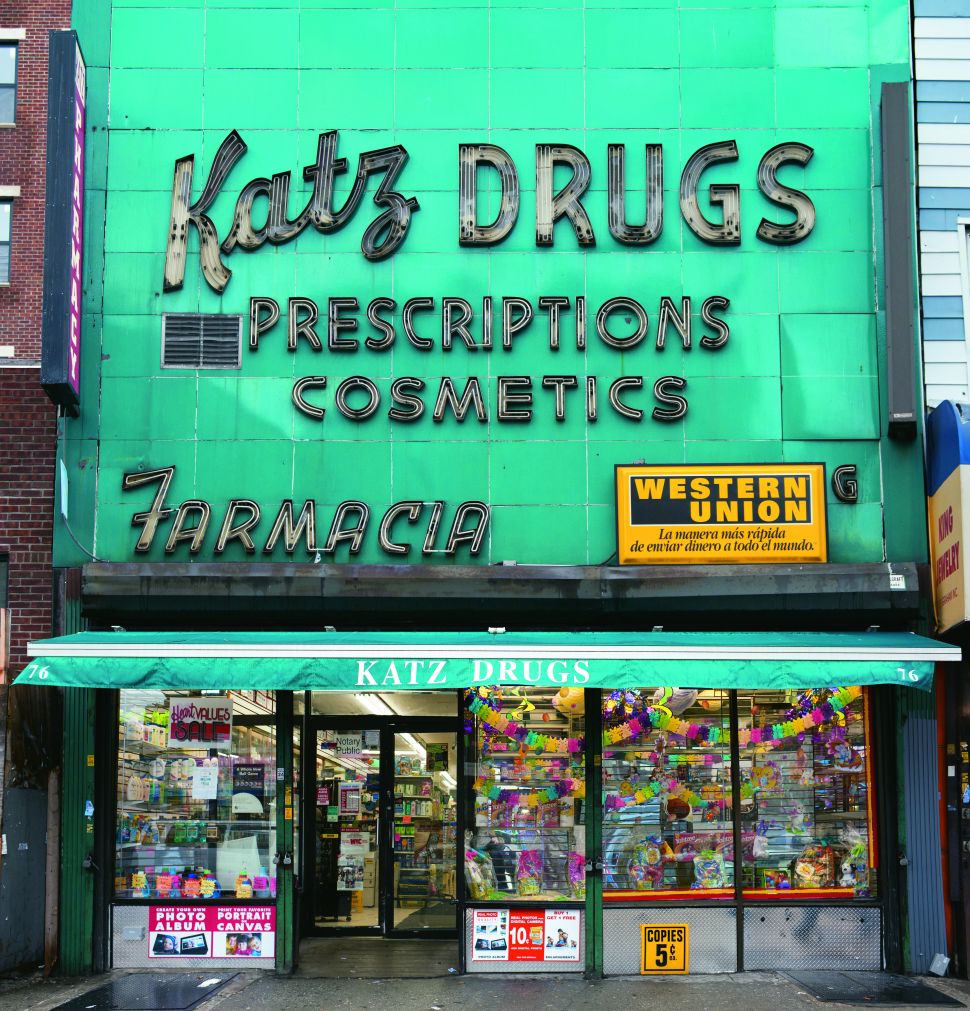