He shut the drawer. It was a private game, a method to keep from becoming involved in Docchi’s problems, to avoid emotional entanglement with people he had nothing in common with. He didn’t enjoy depriving weak and helpless men and women of what little hope they had. It was their lack of strength that made them so difficult to handle.
—From Address: Centauri, by F.L. Wallace.

F.L. Wallace’s sole novel, Address: Centauri, became available on Project Gutenberg Tuesday, and its online publication illuminates the various communities that the Internet has connected, which together are steadily digitizing our analog past. Wallace passed away in 2004 and its original publisher, Gnome Press, went defunct in 1962, but his warped tale of space travel, technocrats and not quite miraculous medicine will live on, perhaps forever. The book has already had 481 downloads since going live, according to its bibliographic record.

The story of the book imagines a hospital on a minor planetoid where humanity sends defective humans to live apart. Most of them are what the book calls “accidentals.” In a world where disease has been eliminated, the only people in less than perfect health are those that have been in a serious physical accident. As the first chapter explains, medicine is good enough to keep them alive and largely mend them, but not good enough that they wouldn’t appear disfigured and out of place among unmarred people. As the book opens, a small cabal of accidentals appear to be pressing their captors to let them be the first interstellar travelers. One of them glows.

Here are the communities of online volunteers that are contributing to keeping books like this available:

Address: Centauri is up on the site because of “Rule Six,” according to its Distributed Proofreading page. Books published in the U.S. between 1923 and 1964 might be in the public domain if no evidence can be found that the original copyright holder filed for an extension. At that time, copyright lasted 28 years with an option to extend that another 28 years, if the original copyright holder filed for it. Just documenting the fact that a book is eligible under the rule to go on Gutenberg is no small task for a volunteer.

Of all the far fetched technologies the imaginative authors now getting digitized came up with, we have yet to hear of one that foresaw crowdsourcing. If any science fiction author ever imagined a future in which people would volunteer to do this kind of detailed, tedious work to keep largely forgotten books in circulation forever, he or she probably dismissed it as more unbelievable than sentient spaceships and men returned to Earth after growing up with Martians. 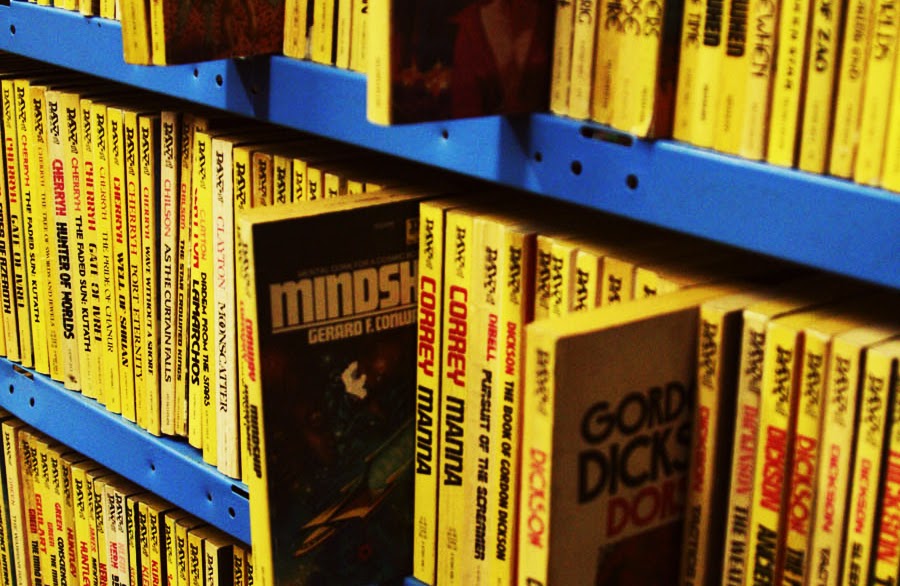