I’ve long had a soft spot for Jawbone. Its earliest product—headsets—introduced awesomely effective noise-reduction technology. It pioneered the now-ubiquitous wireless speaker with its Jambox, and its UP launched the entire fitness-band craze.

But the company sometimes stumbles over execution. The original UP band was yanked from sale shortly after launch (purchasers were offered full, no-questions-asked refunds) and didn’t reappear for a year. The latest version, the UP3, was originally supposed to ship before last Christmas, but didn’t debut until close to mid-year.

I’ve been wearing an UP3—recently crowned one of Oprah’s “Favorite Things of 2015”—for the last month or two, and it’s a pretty good illustration of both what’s right with Jawbone, and what’s wrong. It’s elegant, fun and in my case helped me identify an important health issue I otherwise would never have known about. But it’s missing some of the features you’d expect from a premium-priced product with Jawbone’s history of innovation.

The UP3 lists for $180, though you can find it for less. There is also, for $200, an UP4, which is essentially an UP3 with the added ability to pay for items wirelessly with an enrolled American Express card. As if.

The key technology in the UP3—as in its less flashy but more functional arch-rival, the Fitbit Charge HR—is the tiny sensors embedded on the inside of the band, where they make direct contact with your skin. These sensors used to be available mostly in higher-end products aimed at more serious fitness buffs. They allow for the collection of much more data than the previous generations of UPs and Fitbits, which were based on motion-detecting sensors and, beneath the hood, were little more than glorified pedometers.

Indeed, the UP3 collects a vast trove of data about the Quantified You. The information is stored on the band throughout the day and night, and wirelessly uploaded to your iPhone or Android whenever you open the Jawbone app. The UP3 tracks steps, of course. But it also tracks your heart rate, day and night. Wear it to bed and it automatically senses when you’ve gone to sleep, then collects data on how often you wake in the night and provides an estimate of how much time you’re spending in deep and REM states.

The heart-rate tracking proved unexpectedly important to me. A new medication I was taking had no readily apparent side effects—but the UP3 showed it was increasing my overnight resting heart rate by 15 percent. I was switched to a different med.

The UP app is a pleasure to use, colorful and informative. Reports on your progress toward reaching step and sleep goals are interspersed with encouragement, brief analyses and tips. (For example, a one-night rise in heart rate after a physically vigorous day yields a suggestion to hydrate more.) For iOS users, the UP also connects to Apple’s Health app, although in my case, the link mysteriously stopped working after a few weeks—then just as mysteriously resumed a couple weeks later.

You can also manually log events such as workouts, which is a good thing, because the UP3’s ability to automatically detect physical activity is hit or miss. It was excellent at recognizing even mildly brisk walks, prompting me to enter more information on what I did, and when. But it whiffed on recognizing stationary-bike workouts, which taxed my heart rate and respiration much more than any walk, despite several rounds of adjustment to make sure the band was snug around my wrist and the sensors in constant contact with my skin.

Which brings up another issue: As did previous generations of UPs, the UP 3—which comes in an array of styles and colors—bears the stamp of celebrity designer Yves Behar, the company’s chief creative officer. And as on those previous models, aspects of the design can be downright annoying in daily use. This time, the issue is an unnecessarily fussy clasp: It’s hard to get on, has already been modified once in mid-production and led the company to introduce an add-on piece to make sure it stays secure for very active users.

Another annoyance: Outside of three tiny colored LED lights, there’s no display on the band itself; information is available only through your mobile device. Nor does it measure your heart rate while you’re exercising, which can be helpful in maintaining a proper pace. The Fitbit Charge HR, by contrast, displays your heart-rate in real time, and also includes some rudimentary smart-watch features missing from Jawbone’s band.

The UP3 was initially intended to be waterproof, but it was the company’s struggles with the issue that caused the long delay before it was shipped, and it ’s now being marketed as splash-proof rather than waterproof. (Translation: Shower OK, swimming pool not.) It claims battery life of up to seven days; in my experience, it usually lasts five or six.

These aren’t fun times for Jawbone, which last month laid off 15 percent of its global workforce. Still, I’m rooting for the folks there. They design cool stuff and pioneer new areas. If only they could stop tripping over themselves in the process. 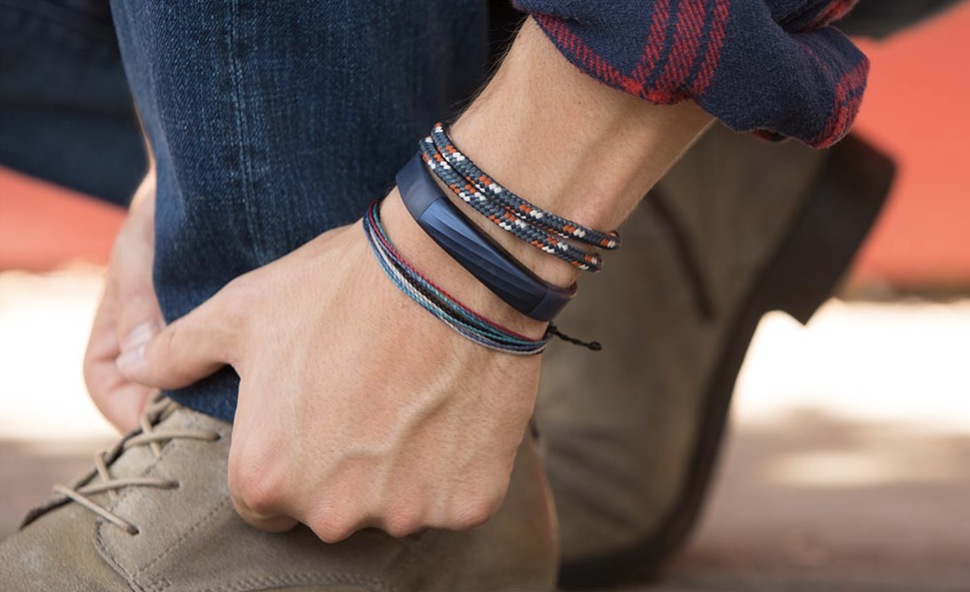