CAPE CANAVERAL—On the day of the critical OA4 mission and return to American-based resupply missions to the ISS, I sat down with Orbital ATK’s Vice President and Antares Program Manager Mike Pinkston to discuss the aftermath of a catastrophic launch failure that grounded the company for over a year.

On October 28th 2014, Orbital ATK’s Antares rocket exploded during a launch from NASA’s Wallops Flight Facility in Virginia, destroying the company’s Cygnus cargo spacecraft bound for the International Space Station (ISS). The accident was followed by another loss of a NASA-contracted resupply mission when the SpaceX Falcon 9 rocket burst into flames soon after launch.

The failure of these unmanned missions have delayed NASA’s overall plan to permanently transition out of operations in low-Earth orbit to focus on human missions to deep space and Mars. Accidents of any kind are bad for the space business but the grounding of both Orbital and SpaceX came at a time when NASA had just contracted billions out to the private space industry for all resupply missions and to facilitate the return of human crew launches from American soil.

NASA and Orbital ATK have completed separate investigations into the accident and the private space company has now successfully returned to low-Earth orbit with last week’s cargo delivery to the ISS. This contracted resupply mission used an upgraded Cygnus spacecraft to carry over 7,000 lbs of cargo and was launched with the help of United Launch Alliance’s Atlas V rocket.

Why did the Antares rocket fail during the ORB-3 mission last year?

There’s not a whole lot of detail that we’re able to go into. I can tell you that we did an extensive accident investigation. Our board has wrapped up and completed its findings. NASA did an independent investigation that I think largely corroborated and was consistent with our findings. There was clearly a failure in one of the two engines and it’s pretty clear which one and that was a failure that initiated in the turbo pump of that engine. Details of direct and route cause are really not something we are able to get into.

After the initial investigation into the accident was completed, what was the next step for Orbital ATK?

Very quickly after the accident, Orbital came out with a plan and that included why we are here today, which is the launch of a Cygnus on another launch vehicle – the Atlas V. This will get us back to service as quickly as we can.

The directive all along was to fulfill our commitments and contract within the timeframe without significant delay. So far so good and parallel with that we kicked off a reconfiguration of Antares to bring in a new engine. Now this is a plan that we had in the works for sometime. There was always a limited supply of the AJ26 engines that we were flying back at the time and we’ve been working for a while to formulate a plan to actually come up with a long-term propulsion solution for Antares. That plan –at the time of the ORB-3 accident– was pretty well formulated but we didn’t really kick it into motion yet but had a good idea of what needed to be done.

The morning after the accident, it was really a matter of taking that plan we established and accelerating it some and that’s the plan we are still on today.

Was there any debate about completing the new Antares rocket first rather than using United Launch Alliance’s Atlas V for Orbital’s return to space?

I wouldn’t say there was no debate but that was certainly the plan when you factor in the amount of time it was going to take to get Antares ready for its return to flight. That was clearly the plan that made sense in terms of being able to get back to delivering cargo to the Astronauts on ISS – which is our primary mission. So this was the fastest way to do that and that was the path we got on. So far, it’s going really well.

What kind of progress is Orbital ATK making in getting the Antares rocket ready for its return to flight?

There’s two big milestones in front of us. The first is a stage test which is a test where we take a fully integrated first-stage with the new engines out to the now-repaired and reconfigured launch pad. We fuel it and fire the engines on the pad while holding it down firmly. That’s really kind of a full shakedown of the entire system, all the new components, and subsystems.

Parallel, we are building the next stage that will be used for the first flight and that stage test  will happen in the early-March timeframe according to the track we are on now. Then we’ll be ready for first flight in the late-May timeframe. Right now the station manifest has that around the 31st of May. Those dates are flexible depending on what transpires in the real world.

We’re working towards having the Antares ready to go in the mid to late-May timeframe.

What are the most significant upgrades to the Antares rocket?

Well obviously the big one is the engine. It’s a brand new engine. The first two engines that will fly have completed testing and will deliver to Wallops soon. The Engine is kind of one piece. There’s another piece we call the thrust adapter structure that interfaces the engines to the first-stage core which are the big propellent tanks. There was some changes we had to make to the avionics to control the valves and actuators on the new engines.

Orbital ATK is now using a larger, updated Cygnus spacecraft with a larger load capacity. Did the new Antares rocket have to be built to accommodate the new Cygnus?

No. The enhancements to Cygnus was always part of the plan before the accident. The first enhanced Cygnus was supposed to fly on what was at the time the ORB-4. That same Cygnus is the one out there today.The Antares design was always able to handle that load.

After the success of the OA4 resupply mission to the ISS using the Atlas V, what is the immediate direction Orbital ATK will take to further fulfill the resupply contract with NASA?

For the Cygnus guys it will be the next flight in March on another Atlas V. For Antares nothing will really change. Our team is squarely focused on getting back to flight and we are in the middle of testing out at Wallops. We are actually at the tail-end building that first RD-181 engine first stage and it’s really exciting.

Right after the 1st of the year we are ready to roll that thing out to the pad and really get back to operations.

Robin Seemangal focuses on NASA and advocacy for space exploration. He was born and raised in Brooklyn, where he currently resides. Find him on Instagram for more space-related content: .@not_gatsby 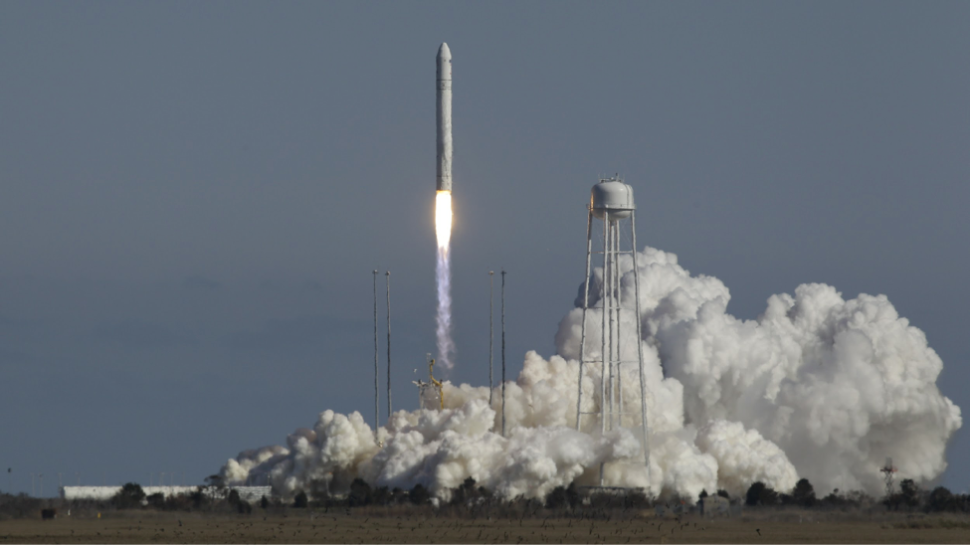